The Significance of the Number 16 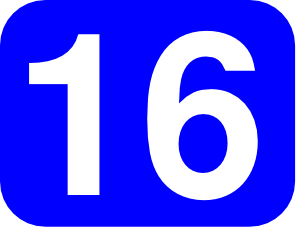 You see I have a thing about the number 16.  I am practically obsessed with the number.  Why?  Well, I was born on July 16th.  As a child, I was an ardent fan of a hockey player named Mike Walton.    Walton was a member of the Stanley Cup-winning 1967 Toronto Maple Leafs and he wore number 16 on his sweater.  (Note : Marcel Dionne and Henri Richard also wore number 16. Bobby Hull wore the number 16 too but changed to number 9.   In baseball, New York Yankees pitcher Whitey Ford's uniform number was 16 and he was the sixteenth Yankee to wear that number.  Ford's number 16 was retired by the Yanks in 1974.)

16 is an even number and I prefer even numbers to odd numbers.  Frankly, I just like the way the number looks.  It's pleasing to me.

The number 16 has coming-of-age symbolism - Sixteen Candles, Sweet Sixteen etc.  It is the twilight age between childhood and emerging adulthood.


TRIVIA ABOUT THE NUMBER 16

* The planet Jupiter has 16 moons or satellites.

* According to Encyclopedia Britannica, 16 has favourable attributes because it is the square of 4.  It was popular in ancient India.  The Chinese-Indian goddess Pussah has 16 arms.

* There was a 1916 silent movie called Number 16 Martin Street.  It was directed by Lloyd B. Carleton and starred Dorothy Davenport, Emery Johnson and Gretchen Lederer.

* In Samuel Beckett's novel Molloy, 16 pebbles are featured in a detailed description of someone working on a mathematical problem.

* The great Irish writer James Joyce met his future wife, Nora Barnacle, on June16, 1904.  The events of his novel Ulysses take place on that day and June16th has come to be known as Bloomsday after its protagonist, Leopold Bloom.

* Caterpillars usually have 16 legs.  Thus, they can be described as hexadecapodal.  All caterpillars have three pairs of true legs (6) attached to their thorax.  They also have up to five pairs of prolegs (10) which they use for walking and clinging on to surfaces.  However, in the metamorphosis, all prolegs disappear.  When they emerge from their chrysalis as a butterfly or moth, they have only six legs.

* Abraham Lincoln was the 16th President of the United States.

* King Louis XVI was beheaded during the French Revolution.

*  In the Myers-Briggs classification systems, there are 16 different personality types.