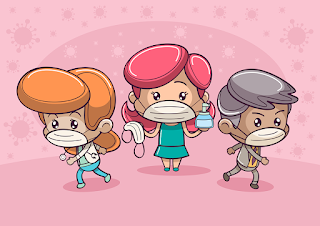 It's very difficult for me to fathom why some people, particularly Trump followers and Republicans in states such as Texas, feel that wearing a  mask is an infringement upon their freedom.  First of all, there  cannot be absolute freedom.  Otherwise, everyone would be able to do as he or she pleases, with impunity.  That would lead to total chaos, or as 17th century English philosopher Thomas Hobbes put it, "the war of all against all." That's why civil society has laws, to prevent such havoc.

Definitions of freedom may vary.  However, one thing is certain.  In a civil society, freedom cannot be absolute.  One cannot be free to provoke violence or hatred.  One cannot be granted the freedom to cause injury, illness or death to another person except in self-defence.  One person's freedom does not include endangering the life of another or interfering with another person's constitutional or human rights.  In the United States, citizens have the right to "life, liberty and the pursuit of happiness."  In Canada, it's "peace, order and good government."

There's another reason why Trump and his ilk don't like wearing masks.  They don't think it's macho.  They equate wearing a mask with weakness and fearfulness.  To them, it's better to risk getting the COVID virus than to appear what they consider to be weak.  They remind me of hockey players years ago who didn't want to wear a helmet.  They preferred to risk death or brain injury rather than tinkering with their macho image.  How many hockey players do you see today who don't wear helmets?

Let me be clear.  I am not advocating in favour of censorship or the severe curtailment of civil liberties.  However, civil rights do not include the right to endanger the lives and wellbeing of others by spreading a dangerous virus.  It's not a matter of freedom, it's a matter of public safety and respect for others.  Unfortunately, some far-right conservatives have made it a political issue, a way to lash out at government.  They think it's a case of big bad government telling them what they can and cannot do.  That is simply not the case, and if some right-wing Republicans in the United States truly believe that government can do no good. why don't they return their COVID relief cheques and do without that $1,400?  Why don't they refuse their child tax benefit?

Frankly, I don't enjoy wearing a mask.  They are onerous and it's not easy to breathe with one over your mouth.  However, the issue is not my personal discomfort or anyone else's.  Protecting the elderly and the vulnerable from COVID-19  is infinitely more important than individual comfort and convenience.  Trumpism is a very selfish philosophy.  Unless you have s medical condition that precludes you from wearing a mask, you should do so until health authorities advise otherwise.  You do not have the freedom to infect your fellow human beings.