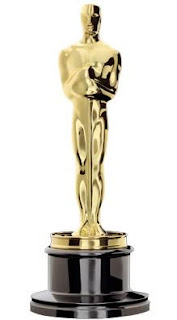 The 93rd Academy Awards will be held on April 25, 2021. They will be forever known as the COVID Oscars.  The live show will start at 8 p.m. on ABC and will take place at the Dolby Theatre in Los Angeles, California.  It will also be live-streamed on the ABC app.  For the first time. part of the show will be held at L.A.'s. Union Station.  Due to pandemic restrictions, only nominees, their guests and presenters are permitted to attend.
As you prepare for the big night, why not challenge yourself and try Number 16's tenth annual Oscars quiz. There are 10 questions. Good luck!
NUMBER 16 OSCARS QUIZ
1.  Due to the COVID19 pandemic, the Oscars had to be delayed until April 25th.  For which of the following reasons was the show cancelled in the past?

B.  The assassination attempt on Ronald Reagan in 1981.

2.  Were the Oscars ever cancelled?

B.  They were cancelled in 1942 due to World War II and the attack on Pearl Harbor.

E.  The Academy Awards have never been fully cancelled in their history.

3.  Chloé Zhao is nominated for Best Director this year for her work on the film Nomadland.  What is so significant about her nomination?

A.  She is the first female filmmaker to be nominated for a Best Director Academy Award.

B.  She is the first Asian to be nominated for Best Director.

C.  She is the first woman of colour to be be nominated for Best Director.

D,  She is the first Chinese-born person to be nominated for an Oscar.

4.  Gary Cooper won the Academy Award for Best Actor twice.  For which two movies did he win an Oscar?

5.  How long did the first Oscars ceremony last?

6.  How many Oscars did Greta Garbo win for Best Actress?

7.  Did songwriter Irving Belin ever win a Oscar for Best Music (Original Song)?

A.  Yes, he won for "There's No Business Like Show Business.

E,  No, he never won an Oscar for  Best Music (Original Song)

8.  Two films received the most Oscar nominations without winning a single Academy Award.  Can you names the two film..

A.  The Turning Point and The Color Purple

C.  The Notebook and The Devil Wears Prada

E.   Raging Bull and The Natural

9.  Who filed for divorce in 1948, right before winning an Academy Award for Best Actress in a Leading Role?

10.  Which was the first winner in the Academy Award's Best Animated Film category?

All of the above.  2021 marks the fourth time that the Academy Awards ceremony has been delayed,  The Oscars were were delayed in due to flooding in Los Angeles in February-March of 1938, one of the largest floods in the history of Los Angeles, Orange and Riverdale Counties of southern California; the assassination of Martin Luther King, Jr. on April 4, 1968 in Memphis Tennessee and the attempted assassination of Ronald Reagan on March 30, 1981 in Washington, D.C.

No,  the Academy Awards have never been fully cancelled in their history.

Chloé Zhao is the first woman of colour to be be nominated for Best Director for her film  Nomadland.  Zhao was born in Beijing, China on March 31, 1982.  She is known primarily for her work in American independent films.

Gary Cooper won two Best Actor Oscars - for his performances in Sergeant York (1941) and High Noon (1952).  He also received the Academy Honorary Award for his career achievements in 1961.  Cooper was nominated for Best Actor for his work in Mr. Deeds Goes to Town, The Pride of the Yankees and For Whom the Bell Tolls, but did not win.

The first Oscars ceremony lasted only 15 minutes.  It was presented by the Academy of Motion Picture Arts and Sciences and honoured the best films of 1927 and 1928.  The ceremony took place on May 16, 1929 in the Blossom Room of the Roosevelt Hotel in Hollywood, California.  270 people attended the event.

Swedish-American actress Greta Garbo never won an Oscar for Best Actress.  She was nominated four times - for  Romance (1930), Anna Christie (1930), Camille (1936),  and Ninotcka (1939).  In 1955, however, she was awarded an honorary Oscar for "her luminous and unforgettable screen performances."  The reclusive Garbo was not present at the ceremony and actress Nancy Kelly accepted the award for her.

Yes, Irving Berlin won an Academy Award for "White Christmas."  The great composer died on September 22, 1989 at the age of 101.

The Turning Point (1977), starring Shirley MacLaine and Anne Bancroft and The Color Purple (1985), staring Whoopi Goldberg and Danny Glover and Oprah Winfrey, received 11 Academy Award nominations.  Both films were nominated for Best Picture and both failed to win a single Oscar.

Jane Wyman was  Ronald Reagan's first wife.  They met while filming the movie Brother Rat (1938) and married on January 26, 1940.  Wyman filed for divorce from the future U.S. President in 1948.  The divorce became final on July 18, 1949, soon after Jane won the Best Actress in a Leading Role for her performance as a deaf mute rape victim in the film Johnny Belinda.  She also garnered an Academy Award nomination for The Yearling (1946).