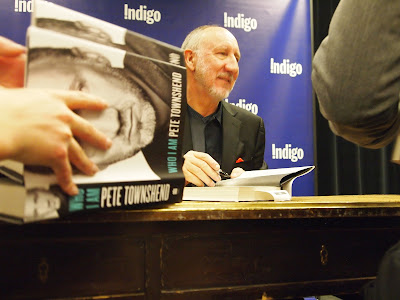 Last evening, I saw Pete Townshend, lead guitarist and principle songwriter for The Who, at the Indigo book store here in Toronto. There was a fairly large turnout to see the rock star as he promoted his new memoir, Who I Am.  The 67-year-old British musician, dressed in a sports jacket and tie, was in good humour.  He made references to Canadians and "ice hockey." as he spoke to the audience and responded to their questions.  He stated that he has done things he regrets because he didn't see "the big picture."

The truth is that Pete Townshend is very fortunate to be alive.  According to blurb on the jacket of his memoir, Townshend "followed Keith Moon (deceased drummer for The Who) into a pool and nearly died."  and "detached from his body in an airplane, on LSD, and nearly died."  It's a wonder that he and Keith Richards of the Rolling Stones have been able to survive.

Townshend is partially deaf in his left air, probably due to his exposure to loud music.  One of his favourite hobbies is sailing, which he talked about at the Indigo book signing.  In his memoir, there is a 1973 photo of Pete aboard Babajan.  The caption reads, "I have always loved boats and the sea, and my time sailing was like a meditation."

Born in London on May 19, 1945, just as World War II was drawing to a close, Pete comes from a musical background.  His father, Clifford Townshend played the saxophone and clarinet in a band and his mother, Betty, was a singer.  Townshend told the crowd at Indigo that an artist's prime duty is to serve the people.  He spent about two hours at the book store, much of it autographing his book.

By the way, Pete's signature is virtually illegible, at least the one he scrawled on my copy of his autobiography.  Only the letter "P" is clear but he had to write his name on a lot of books, however, so he was rushed.  I have already begun to read Who I Am and I am enjoying it immensely.  It was composed without the help of a ghost writer because the talented guitarist is also a reputable author and contributor of newspaper and magazine articles and book reviews.


Here are some other photos of Pete Townshend taken at Indigo last night. 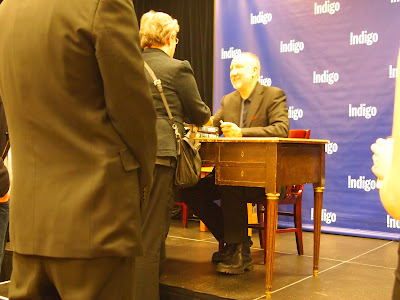 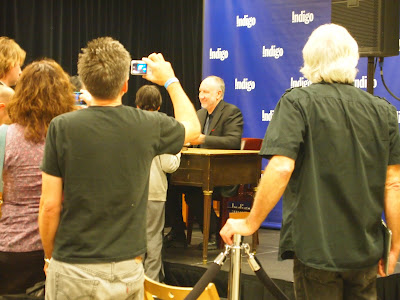 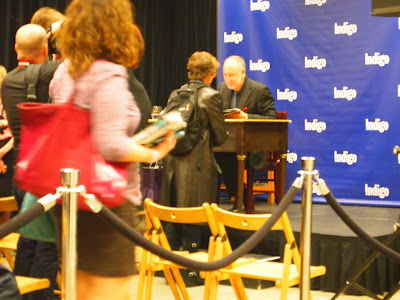 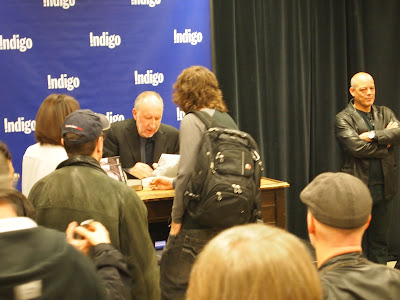 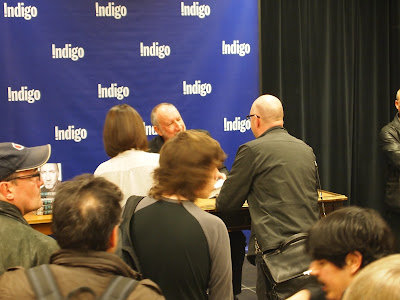