The Life and Times of B.J. Thomas 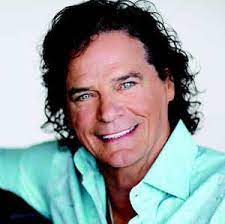 "Ever since the beginning, I've tried to do positive music, even though it has meant a lot of struggles against record companies and producers.  I want my music to have a positive effect on people.  When I perform live I hope the audience will leave with their heads lifted up."

I have intended to write about B.J. Thomas for a while now.  I have never gotten around to it because I have such a long list of subjects to write about.  Well, two days ago, I woke up to the news that B.J. died on May 29, 2021, of complications ions from Stage Four lung cancer.  He passed away at his home in Arlington, Texas at the age of 78.  So, I decided it was finally time to write about him.

Billy Joe Thomas was born in Hugo, Oklahoma on August 7, 1942.  However, his family moved to Texas and during his childhood, B.J.  lived in four different places, all in the Houston area.  He graduated from Consolidated High School in Rosenberg, a city within the Houston-The Woodlands-Sugar Land metropolitan area

In a 2016 interview with Jeremy Roberts, B.J. Thomas discussed his childhood.  "My dad was a great guy, but he had a little problem with alcohol," he said.  "That always will bring about some ups and downs.  For the most part, I had a good childhood."  In the interview, Thomas described himself as "a happy kid" who "played a lot of baseball with my big brother, Jerry."

B.J.'s father found contentment around music, especially country music.  The young B.J. enjoyed listening to gospel, soul and the music of such artists as Little Richard, Michael Jackson and Jackie Wilson.  As a teenager, he sang in his church choir and in his high school choir.  He first realized that he wanted to be a professional musician when, at the age of 15, became a member of a Houston-based band called The Triumphs.

In 1966, B.J. Thomas was signed to a record contract with Scepter Records by Steve Tyrell.  Tyrell,  a jazz artist and producer, who became his manager for a few years.  B.J. then launched his solo career with an uncharacteristically maudlin single, a cover of a Hank Williams hurtin' song, "I'm So Lonesome I Could Cry," which he had originally recorded with The Triumphs.  It reached Number 8 on the Billboard Hot 100.  He also released an album of the same name.

In 1968, B.J. had great success, first with "The Eyes of a New York Woman" and then with "Hooked on a Feeling,"  "Hooked on a Feeling" appeared on the Top 10 of the Billboard Hot 100.  The song was written by Mark James and it was later covered by Blue Swede, a Swedish pop band, in 1973.  It became an even bigger hit for Blue Swede, who added the primal "ooga-chaka-ooga-ooga" intro to the song.  "Hooked on A Feeling" serves as a theme song to the Guardian of the Galaxy films.

The year1969 brought even further success for B.J. Thomas, including the biggest hit of his career.  He will always be remembered for his smash single "Raindrops Keep Fallin' on My Head."  The catchy tune was written by Burt Bacharach and Hal David for the film Butch Cassidy and the Sundance Kid.  The film, starring Paul Newman and Robert Redford, was the biggest box-office hit of 1969.  "Raindrop Keep Fallin' on My Head" was set to a scene in the movie in which Paul Newman, as Butch Cassidy, shows off some bicycle tricks to Katharine Ross, who portrayed Etta Place.

In the 1970s, B.J. Thomas recorded "I Just Can't Help Believing," a song which was later covered by Elvis Presley (Elvis was a B.J. fan and B.J. performed at Presley's annual New Year's Eve party in 1968 at the Thunderbird Lounge in Memphis, Tennessee).  Thomas also recorded "Rock and Roll Lullaby," with its chorus of sha-na-na-nas by The Blossoms, and "(Hey Won't You Play) Another Somebody Done Somebody Wrong Song," another country-tinged hurtin' song.

However, all was not as rosy as it seemed for B.J. Thomas.  He went through a very dark time in his life and struggled through years of drug and alcohol addiction.  It almost cost him his marriage.  In 1976, he turned to Christianity, sobered up, and reconciled with Gloria.

Sadly, on March 23, 2021, B.J. announced on his Facebook page that he had been diagnosed with Stage Four lung cancer and was undergoing treatment in Texas.  In the post he wrote: "I just wanted to take this unique opportunity to share my gratitude to Gloria, my wonderful wife, and my rock for 53 years, my family, friends and fans.  I'm so blessed to have had the opportunity to record and perform beautiful songs in pop, country, and gospel music, and to share those wonderful songs and memories around the world with millions of you.  I ask all of you for your prayers during this time and that my music can live on with you."

* B.J. Thomas was a five-tune Grammy Award winner who sold over 70 million records during his career.

* When B.J. performed "Radindrops" on the The Ed Sullivan Show in 1969, water was rained down on him as a special effect.  B.J. later described this as "the most singular dumbest thing anybody ever had to do."

* B.J. recorded "As Long as We Got Each Other," the theme song for the TV sitcom Growing Pains.

* B.J. Thomas wrote an memoir, Home Where I Belong, with Jerry B. Jenkins, about his struggle with drugs, family collapse and bankruptcy.  It was first published in 1978. 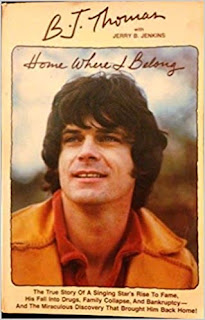