Halloween, the Pandemic and Frankenstein 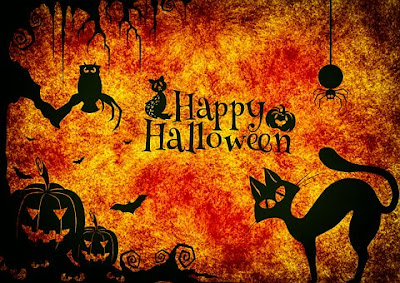 I
I've never been one for dressing up in costumes, although I have always enjoyed Halloween festivities. However, this Halloween is decidedly different because we are in the midst of a horrific pandemic.  Children can not go door-to-door as they usually do.  They can't have Halloween parties. It's not safe.  Yet, there are other ways to celebrate if people are creative and resourceful.

Those who read Number 16 regularly know that I am a film buff.  Due to COVID-19, I have not watched a film at a movie theatre since March.  Yes. one can always view a movie in the comfort of one's own home, but it's not the same as sitting in a cinema.  It's not the same as being part of an audience.  I miss attending movies terribly.  Alas, I will have to be patient until the situation improves.

During this pandemic, my husband and I have been watching a film at home every Saturday night.  Since tonight is Halloween, we decided to watch the 1931 version of  Frankenstein.  It's an American pre-code film, directed by James Whale and  produced by Carl Laemmie Jr.  It was adapted from a 1927 play by Peggy Webling, which was based on Mary Shelley's 1818 novel, Frankenstein; or The Modern Prometheus.   Boris Karloff, of course, played the Frankenstein monster in the 1931 film.  He delivered a great performance without uttering a single word. 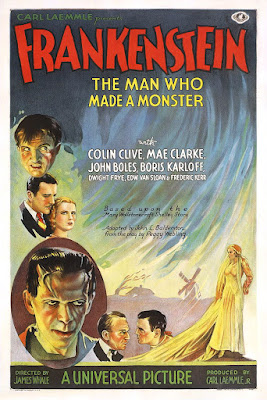 The photo below of Boris Karloff eating toast and drinking tea on the set of Frankenstein is priceless. 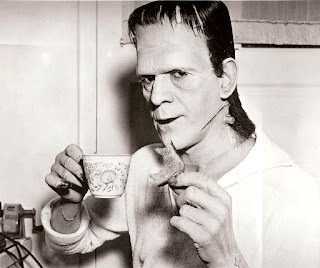 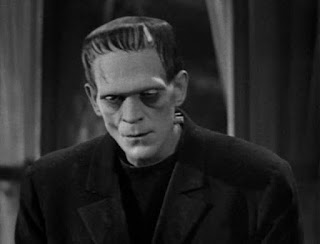 Happy Halloween!  Whatever you're doing, be safe and have fun.