Meditations at Home During the Pandemic #6 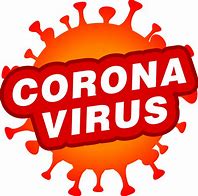 Hello to readers from around the world.  Greetings and well wishes from Toronto, Canada.  It is July 10, 2020 and I have been at home for almost four months now..  Restrictions have been eased somewhat in the Greater Toronto Area (GTA), but we are still limited in many ways.  Public transit is running and the wearing masks on buses and subways is mandatory, as it should be.  I still don't feel comfortable enough to use public transit and I haven't done so since the COVID-19 crisis began.  Restaurant patios are now open, but I choose to avoid them too.

I am pleased to report that I have finally had my hair cut and styled.  I felt satisfied that my hair salon adhered to all public health procedures and that correct protocol was strictly followed.  The salon was very well sanitized and I was required  to answer a series of questions before my stylist was permitted to proceed with my appointment.  I would have preferred to wait for safer times to get my hair styled.  It's not ideal to have to wear a mask while you're getting your hair done, but it's necessary right now.  The reason I didn't wait any longer is that I felt sweaty and unruly in the summer heat.  I had an opening to get my hair trimmed and I took advantage of it because businesses may be shut down again during a second wave of the virus.

I have not purchased any new clothing since I've been at home.  I am sadly in need of underwear and summer attire.  Some stores are open, but I've been trying to avoid indoor areas as much as possible.  They are hotbeds for the virus.  I have no desire to buy clothes online, as I need them to fit properly.

Once this crisis finally subsides, there will be residual effects, some of which I deeply regret.  It seems that we are back to using plastic, because thanks to the virus, stores are not allowing reusable bags.  This is a a horrible occurrence for our oceans and our marine life.  We should shun the use of plastic.as much as possible.  Our environmental crisis has not gone away because of the pandemic.  In fact, once the virus threat subsides, we must focus even more on fighting the effects of climate change.  That does not mean,, however, that we should just toss our environment concerns away because of the urgency of dealing with COVID-19.

I am also concerned about the detrimental effects of the coronavirus on small business, one of the life bloods of our communities.  Huge companies will survive this crisis and they will prosper post-COVID-19.  Small shops and businesses are fighting for their very survival and many will not last through this time of upheaval.

Let me be clear and candid.  This crisis has been an absolute nightmare for the whole world.  So far, t 2020 has seemed like a bad dream.  The only problem is that we can't awaken from it.  The horror is very real and we have to deal with it.  COVID-19  will remain a serious threat until a reliable and safe vaccine is made available to the masses.  It will not, as Donald Trump has stated, magically disappear one day.  We must remain vigilant.  We cannot afford to be complacent and let down our guard.

This is crisis is not over by a long shot.  The virus has not yet run its course and we all must be prepared for a second wave.  However, I'm just grateful I haven't contracted the virus and neither has any member of my immediate family.  I'm also grateful that I am in Canada, not south of the border, where Trump and his cohorts have completely lost control of the situation.  I feel sorry for Americans who are suffering and dying needlessly due to their president's recklessness and apathy. Back in February, while speaking at a campaign rally in South Carolina, Trump referred to a "new hoax."   He accused Deomocrats of politicizing the outbreak of the coronavirus, comparing it to their efforts to impeach him.   He likened the virus to the common flu.  On May 8th, he claimed that the United States "is the world leader" in responding to the virus.  As of today, the United States has recorded about 136,000 COVID-19 deaths.

Why does anyone still listen to this man?  How does he get away with it?  It is unbelievable that he has walked away from his many crimes, lies and misdemeanours, from locking migrant children up in detention centres, to obstruction of justice, to the Stormy Daniels affair etc. etc etc.  I've got to believe that the American people can no longer abide all the death and degradation in the United States and that they will finally hold their leader, Donald Trump, to account for it.  How much longer can America wallow in the mire before rising up and taking charge of its destiny?  How much longer can Americans stand by and watch the piecemeal destruction of a great nation?

The world and the United States need a fresh start in 2021.  I urge American voters to remove Donald Trump from office on November 3rd and replace him with Joe Biden.  The former vice-president is not perfect, but he is infinitely more decent and more conciliatory than Trump.  He knows how to work with others and he is empathetic.  He will set a much better example than Trump and he will listen to medical experts like Dr. Anthony Fauci for advice on dealing the COVID-19.  Joe will also take climate change seriously.

I believe that there is some kind of social media campaign, inspired by Trump, his supporters and most likely the Russians, to portray Joe Biden as having dementia, or being totally incoherent.  Some people I have spoken to actually believe that nonsense and they contend that there is not much difference between him and Trump.  Nothing could be further from the truth.  I remember how Hilllary Clinton was maligned during the 2016 election campaign.  An acquaintance of mine revealed to me that she had been told that Hillary was "evil."  Whatever one may think of Hillary, she is not the devil incarnate.  If she were president right now, the United States would be in far better shape and the number of COVID deaths in American would be substantially less.

The 2020 election is absolutely critical to the survival of American democracy. If Trump somehow remains in office, the consequences will be dire.  America, you have one last chance to save your country from the ravages of Trump and Trumpism.


Take care and stay safe.  My thoughts and prayers are with you all..