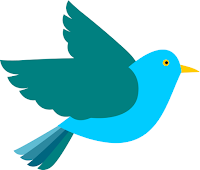 1.  What is the correct term for someone who studies birds?
'
A.  An orthologist

B.  A place for healing injured birds; a kind of hospital for birds

C.  A gathering of bird watchers

E.  A special school for those who study birds

B.   The birds who cannot fly

C.  The birds or the kinds of birds of a region, period, environment

D.  Birds who do not build nests

C.   A baby bird about to leave the nest

B.   The study of birds' sounds

C.  The collection and study of birds' eggs especially in relation to their shape and coloration

D.  The collection and study of birds' nests especially in relation to their shape and size

E.  The study of the migration of birds

B.  Where the reproductive and urinary ducts of a bird open

C.  Area between eye and bill of a bird

D.  Extension of the foregut of a bird, used to store food

B.  Fleshy protuberance, usually at the bill of a bird

E.  A group of migrating birds

B.  Where the nest of a bird is located

C.   A distinctive marking on some birds

D.  Long feathers atop the head of a bird

E.  The highest a bird can fly


9.  What does "to fledge" mean?
'
A.  To leave the nest after acquiring the ability to fly

B.  To spread wings

C.   To fly without the rest of the flock

D.  To search for food

E.  To abandon nest and build another one elsewhere.

B.  To lose feathers due to aging

C.   To attack another bird

D.  The process by which the colour of a bird's feathers fade

1.  B
ornithologist (noun): One who is involved with a branch of zoology dealing with birds


2.  D
aviary (noun): A place for keeping birds confined, as in "The zoo has a new outdoor aviary."


3.  C
avifauna (noun): The birds or he kinds of birds of a region, period, environment


4.  A
talon (noun): The claw of an animal and especially of a bird of prey, as in "The hawk gripped the mouse in its talons."


5.  C
oology (noun): The collection and study of birds' eggs especially in relation to their shape and coloration.  The first known use of the term "oology" was in 1830.


7.  B
wattle (noun): A fleshy pendulous process usually about the head or neck (as of a bird), such as the flap of bumpy red skin hanging off a male turkey's face


8.  D
crest (noun): A showy tuft or process on the head of an animal and especially a bird

9.  A
fledge (verb): Of a young bird: to acquire the feathers necessary for flight or independent activity also: to leave the nest after acquiring such feathers


10.  E
molt (verb): To shed hair, feathers, shell, horn, or an outer layer periodically, as in "Birds molt once or twice a year."