Whatever happened to Joey Travolta?

Remember Joey Travolta?  He's John's brother and he had his moment in the sun back in the late 1970s. However, if you think he's just s younger sibling who took advantage of his brother's fame for awhile, that's not exactly the case.  First of all, Joey is more than three year's older than John, the baby of the family.  Secondly, although Joey's singing career was rather brief, he has continued working as an actor, producer, director and screenwriter with a considerable measure of success.

"Nobody can confuse Johnny and me. We're as different as night and day," Joey told People magazine in 1979 ("Showbiz is Congenital, and Joey Travolta's  Enjoying his First Swig," by Lois Armstrong). Of the benefits of having a famous brother, he was quite forthright. "People will take a look at you - that's the advantage," he declared. "But a record won't sell just because your name is Travolta . . . I have to make it on my own."

Joseph "Joey" Travolta was born in Englewood, New Jersey on October 14, 1950, one of the six children of Salvatore (Sam) Travolta (1913-1995), a second generation Italian American, and Helen Cecilia Burke (1912-1978), an American of Irish descent.  Sam was a semi-professional football player turned tire salesman.  He and a partnerr were owners of a shop called Travolta Tire Exchange in Hillsdale, New Jersey, near Englewood.   Helen was an actress and singer.  She appeared with The Sunshine Sisters, a radio vocal group, before becoming a high school English and drama teacher.

The Travolta family is a show business family.  Joey's older sister, Ellen (born October 6, 1940), is a veteran actress and longtime theatre performer.  She is best known for her television appearances as Scott Baio's mother on Joanie Loves Chachi and Charles in Charge.  John, of course, achieved superstardom with Welcome Back, Kotter, Saturday Night Fever and Grease. The other siblings, Margaret Travolta, Sam Travolta and Ann Travolta, are also actors. Margaret is known for her appearances in such films as Catch Me If You Can (2002), High Fidelity (2000) and Enchanted (2007).  Ann appeared in three of John's movies: Saturday Night Fever (1977), Urban Cowboy (1980) and Swordfish (2001).  Sam also performed in Swordfish as well as Wild Hogs (2007) and Old Dogs (2009).

In a 2006 interview on the "Wrong Planet" website, Joey expressed these thoughts on being a member of an entertainment clan.

It was great, it was great growing up in a show biz family, you know you just, it was what my family did, so I was in it and around it, I didn’t choose to go back down that path until later because I promised my father I would get a degree and I ended up with a special Ed degree which I did use my acting, my whole philosophy of teaching if kids would listen to me for five hours, if you can make your lesson plan entertaining and perform it then you have something, you will keep their attention and they can be educated at the same so I didn’t really teach, I performed.

Joey Travolta is a graduate of Paterson State College, now William Paterson University of New Jersey, where he earned a degree in special education.  His first career was teaching special-needs students in his native New Jersey.  He began his professional singing career in 1978 with the release of the album "Joey Travolta" for Casablanca Records.  He recorded two other albums, "I Can't Forget You" (1979) and "Hold On" (1984) and enjoyed a few hit singles including "I Don't Wanna Go" and "If This is Love." 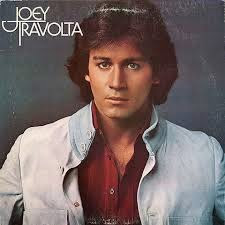 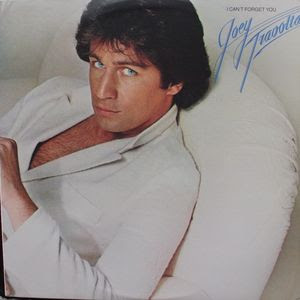 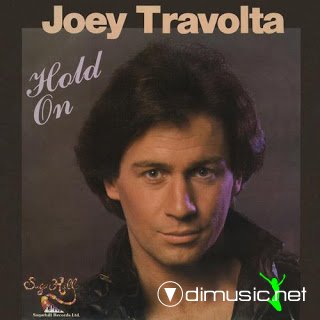 
Below is a rare video of Joey singing "I Don't Wanna Go" on The Mike Douglas Show, circa 1979. Comedian Jerry Lewis was Mike's co-host that particular week and appears briefly on the recording.


Joey made his feature film debut in Sunnyside, a 1979 movie in which he played Nick Martin, a gang leader who dreams of a better life.  Nick wants to escape from his rough, violence-ridden neighbourhood, along with his girlfriend, Donna Rosario, played Stacey Pickren.

It was impossible for Joey to avoid comparisons to his famous younger brother, as evidenced by the following excerpt from a June 2, 1979 New York Times review of Sunnyside by Janet Maslin.

Joey Travolta, an older brother of John, has the family smile, the family walk, the family haircut and the family derrière. He may also have some portion of the family acting talent, but a movie like "Sunnyside" - designed almost entirely to capitalize on Mr. Travolta's resemblance to his brother -makes it hard to hazard a guess. He's a lot more appealing than his surroundings. But these are so dismal that almost anything would look bright by comparison. 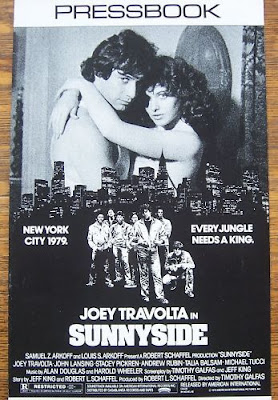 
As the 1990s progressed, Joey Travolta began to focus primarily on writing, directing and producing. With the release of Hard Vice (also known as Vegas Vice) in 1994, Joey made his directorial debut. He also co-wrote the film, a crime thriller starring Shannon Tweed and Sam J. Jones.

Joey's credits as a director include a full length motion picture called Enemies of Laughter and a television movie entitled Partners.  Enemies of Laughter, released in 2000, is a  a critically acclaimed comedy/romance starring David Paymer, Judge Reinhold, Rosalind Chao and Peter Falk.  It tells the story of a playwright (Paymer) whose romantic interest (Chao) urges him to stage a play he would rather forget.  Partners is a crime comedy featuring Casper Van Dien, David Paymer and Vanessa Angel.  It aired in 2000.

Joey's television acting credits include a 1982 guest starring role Simon & Simon.  He appeared in an episode of the series entitled "The Hottest Ticket in Town" (Season 1, Episode 7, Air Date: January 12, 1982).  From 1999 to 2000, Travolta  was featured regularly on Movie Stars, a sitcom on the WB network starring Harry Hamilin and Jennifer Grant.

In addition to his film and television activities, Travolta has performed in theatre productions of West Side Story, Bye Bye Birdie, and Guys and Dolls.

However, Joey's true passion has been his work with the developmentally disabled.  He has been a tireless advocate for people with autism and has devoted a great deal of his life to that cause. His own nephew, the late Jett Travolta, was autistic.  On January 2, 2009, Jett, the son of John Travolta and actress Kelly Preston, died of a seizure during a family vacation in the Bahamas.

Joey travels with his production crew and sets up summer camps which allow autistic children and teens to create films  He produced a feature-length documentary called Normal People Scare Me, about how those with autism view the world.  The film shares first-person acounts from children, teens and adults who live with various levels of autism.  Created by talented autistic filmmaker Taylor Cross at the age of 17, Normal People Scare Me was released on April 1, 2006.

In 2006, Joey Travolta founded a company, Inclusion Films, which serves as a film workshop for adults with such developmental disabilities cerebral palsy, Down Syndrome and autism.  With facilities in Burbank California, Bakersfield, California, Livermore, California and Sacramento, California, Inclusion Films trains special-needs students in the fundamentals of filmmaking and helps them find employment in the industry or in some other field.  Stidemts are taught a wide range of skills including script writing, building sets and using film and editing equipment.

In a December 28, 2011 article on Inclusion Films in the Los Angeles Times by Richard Verrier, Joey stated, "The filmmaking process is a great teaching tool about life,  A lot of our students aren't going to be filmmakers and may never work in the film business, but they are going to be able to go into the workplace and have a sense of what it's like to be on the job. This builds their self-confidence." 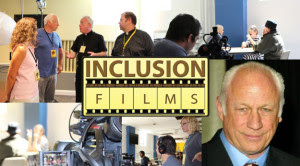 On May 3, 1980, Joey Travolta married actress Wendy Shawn, the daughter of the late comedian Dick Shawn (1923-1987).  The wedding reception took place at the famed Waldorf Astoria Hotel in New York City. Joey and Wendy have one child, a daughter named Rachel.  Rachel Travolta is currently employed as a marketing manager at HotelTonight in San Francisco.