Be aware! The Conservatives are relaxing gun control in Canada 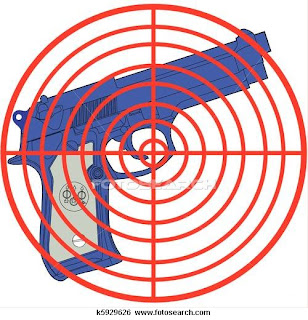 Prime Minister Stephen Harper continues on his relentless mission to shape Canada into his own image.  His latest move is to seriously weaken gun control laws in this country.  As a supporter of strict gun control, I am terribly saddened and dismayed.   When I read the front page headline in the Toronto Star yesterday, my heart sank.  I was appalled.  The headline said:

Harper has made no secret of his plans to dismantle the long-gun registry.  He campaigned on that promise and never hid his intentions.  So it is not unexpected that, having having won a majority government, the Conservatives would launch legislation to axe the registry.  Axing the gun registry is bad enough, but Harper has gone even further.  The long-gun bill will withdraw registration rules not only on shotguns but on more lethal firearms.

These powerful weapons include the Ruger Mini-14 semi-automatic rifle used by Marc Lepine to take the lives of 14 women in the 1989 Montreal massacre at Ecole Polytechnique.  If that weren't enough, The Ruger Mini-14 was also the weapon of choice for mass murderer Anders Breivik's to carry out his terrorist attacks in Norway last July.

Once these weapons are declassified, they will no longer be under the current controls of the data base run by the RCMP.  They will no longer fall under the category of "non-restricted" weapons and will become unregistered.  You can bet that this will not escape the attention of criminals, terrorists and unbalanced individuals.  It does not make one iota of sense.  What law-abiding farmer has need of a Ruger MIni-14 semi-automatic?  Please tell me.  Introduce me to such a farmer.  I'd like to meet this person.

Certainly the Conservative government wants to appeal to its base support in rural areas.  With all due respect to farmers, I say if you want your guns, you should be happy to register them.  Is it so difficult to do that in order to protect lives?  We all pay for driver's licences and fishing licences.  The same should apply to weapons, even if they are for hunting or protection against wild animals.  Any weapon can fall into the wrong hands.

The fact is that the overwhelming majority of Canadians live in urban areas.  Urbanites have grave concerns about weapons falling under the control of criminal elements.  They are more vulnerable to the actions of crazed indivualized as they live their daily lives, walking on crowded streets, travelling by public transportation and frequenting eating establishments.

I believe that the more gun there are, the more they will be used.  Sadly, the Harper government is intent on relaxing Canada's gun control laws.  There is truth to the old adage, "If a'int broke, don't fix it."  Recently, Statistics Canada recently reported that Canada's homicide rate had sunk to its lowest level since 1966, a 44-year low.  In 2010, there were 554 homicides in this country, 56 fewer than in 2009.  Police reported 170 homicides with a firearm last year, down from 180 in 2009.

One murder is one to many and I am not advocating a smug approach.  We should never be complacent about crime.  The murder rate, however, has been steadily decreasing.  We must be doing something right.  So why is it necessary to axe the long-gun registry and to relax control on sniper rifles and self loading weapons?

Yes, the long-gun registry's costs should have been kept under better control.  Remember, though, that the registry was endorsed by Canada's police chiefs.  They defended it as an effective tool and they are not "bleeding hearts."  They are not soft on crime.  Relaxed gun control and the proliferation of prisons has not served to decrease crime in the United States.  It won't help here either.