Read this before your vote in tomorrow's Ontario election 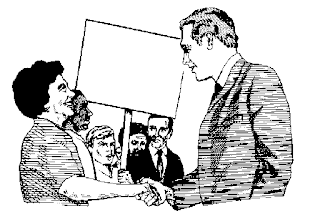 The province of Ontario has a population of more than 15 million people, more than many countries.  Ontarians go to the polls tomorrow to decide who governs this province, perhaps for the next four years.  The stakes are high and the election is of utmost importance.

According to the polls, Doug Ford's Progressive Conservatives have a strong lead and are poised to win a second majority government.  On one major issue alone, the Ford government does not deserve to be re-elected.  That issue is the controversial Highway 413, also known as the GTA West Corridor.  The new highway would connect Milton and Vaughn.  It would be 59 kilometres long and destroy over 566 hectares (1.400 acres) of Greenbelt, according to Environmental Defence, a climate change group.  Environmental Defence says that that Highway 413, if built, would add 17 million tonnes of greenhouse gas emissions by 2050, causing $1.4 billion  in damages from pollution.

Highway 413 would damage archaeological sites and leave a negative impact Indigenous ceremonial and burial sites, destroying their sacred cultural heritage of the Credit First Nation's territory in Mississauga.  It would also be disastrous for the Holland Marsh, resulting in higher prices for U.S. produce.

The Ford government brags about how it has eliminated licence plate renewal fees and stickers.  At a time of high inflation, many people like the idea of saving some money.  However, they don't see the forest for the trees.  That money will have to be replaced.  It will have to come from somewhere.  Once re-elected, the PC government will make cuts to health and education.  Everyone will pay the price for that, especially lower income Ontarians, many of whom believe the licence plate renewal scam actually benefits them.

If, as expected, Ford's Tories win a majority government, the consequences will be dire.  The Tories will unleash a series of massive cuts.  There will be nothing holding them back.  We will all suffer in the long run when lower income people are less healthy and less educated,

Unfortunately, Ford's bluster seems to be working.  Please don't fall for it.  Think about the future.  .  Think about the environment and climate change.  We're experiencing more floods and unstable weather every year.  Don't forget about the importance of education and healthcare.  Our children have suffered a great deal during the pandemic and many will need more help then others.

If the Tories wins a majority, people will be ready to throw them out in four years.  They will be sick and tired of them by 2026.  Unfortunately, a lot of damage can be done to Canada's largest province in four years.