Why is Joe Biden's approval rating so low right now? 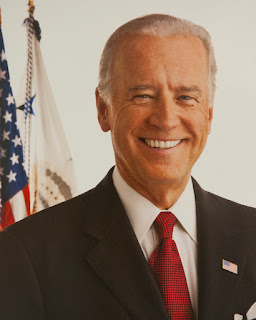 JQP: I think I know why President Joe Biden's approval rating is so low right now..  Let me see now.  Oh yes, didn't he give a tax breaks to billionaires?

JQP: Didn't he brag about groping women in a notorious interview with Access Hollywood?

JQP: Didn't he lock up migrant children in detention camps, separating them from their parents?

JQP: Didn't he waste billions of taxpayer's money on a border wall?

JQP: Didn't he refuse to show his tax returns?

JQP: Wasn't he involved in a scandal in which his lawyer and fixer, Michael Cohen, paid adult film actress Stormy Daniels $130,000 in hush money to stop her from disclosing an affair she alleged she had with him in 2006, when his wife was pregnant with their son, Barron.

Nope.  That was the other guy.

JQP: In November of 2016, didn't he make a $25 million settlement concerning three fraud lawsuits linked to the university named after himself?

JQP: Following the 2017 white nationalist rally in Charlottesville, Virginia, didn't he say that there were "very fine people involved on both sides," when speaking about those who attended the rally in support and those who protested against it.

JQP: During the first presidential debate in 2020, didn't he tell the Proud Boys, a far-right hate group, to "stand back and stand by."

No, you've got the wrong guy again.

JQP: Doesn't he falsely claim that the 2020 election was rigged (evidence proved otherwise), causing many Americans to lose faith in democracy.

No, you've got it wrong again.  It was that other guy.

JQP: Wasn't he impeached twice by the House of Representatives?  The first impeachment was for abuse of power and obstruction of justice.  There was evidence that he tried to persuade the Ukrainian president to dig up dirt on his political opponent.

The other guy did that.  He tried to dig up dirt on Joe Biden.  Don't forget that the other guy was impeached a second time for incitement of insurrection.

JQP: Didn't Biden refuse to participate in the peaceful transfer of power, a hallmark of democracy, after his defeat in the 2020 election?

JQP: Didn't he encourage a violent mob to overrun the Capitol in Washington, D.C. in an effort to overturn the results of an lawful election?  Didn't some of the rioters say they were there at the request of Joe Biden.  Didn't Biden just watch the riot unfold on television in a private dining room at the White House?  Didn't his former press secretary say he "gleefully" watched the mob on TV and praised how his supporters were "fighting for him."

Nope, that was still the other guy.

JQP: Didn't the New York attorney general say that her investigators have uncovered evidence that Biden's  company used :fraudulent or misleading" variations of golf clubs, skyscrapers and other property to get loans and tax benefits.

Once again, he didn't do that.  It was that other guy.

Well, if it makes you feel any better, you're not the only one.

JQP: Then surely that other guy doesn't have the unmitigated gall to run again after all that.

I'm afraid you're wrong about that, too.  The Republican party is pretty solidly behind the other guy.

JQP: So, if the other guy did all that, why are they are they so solidly behind him?

Good question.  The facts don't seem to matter to them.

JQP: Everything is so expensive these days.  Inflation is so high.  Americans have to pay much more at the grocery store and at the gas pump.  That's Joe's fault, isn't it?

JDQ: Isn't the U.S. economy tanking?  What has improved?

When Joe Biden took the presidential oath of office in January of 2021, the U.S. jobless rate was 6.9 per cent.  One year later, the unemployment rate is 3.9 per cent.

Hold on now.  Isn't that ageism?  Biden held a gruelling two-hour press conference to mark his first year in office.  He answered questions from journalists who were trying to trip him up or make him look bad.  He was grilled and yet he maintained his cool.  He treated the press with respect and replied to all the questions he was asked.  That doesn't sound like senility.