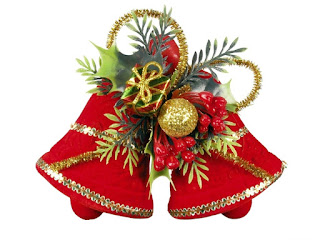 So, you think you know your Christmas music.  Well then, why not test your knowledge and try Number 16's Songs of Christmas Quiz.

1.  Complete this lyric from "The Twelve Days of Christmas."

2.  What Christmas song did Judy Garland sing in the film Meet Me in St. Louis? 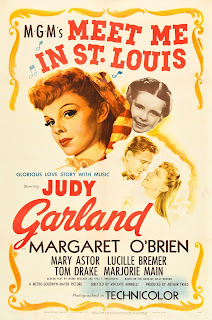 A.  "The Christmas Song"

C.  "Have Yourself A Merry Little Christmas"

E.  "There's No Place Like Home for the Holidays"

3.  What is the name of the Beach Boys' Christmas song?

C.  "Under the Mistletoe"

4.  Which well-known Christmas hymn has the following line?

"Radiant beams from they holy face / With the dawn of redeeming grace."

D.  "It Came Upon a Midnight Clear"

5.  What was the first film in which Bing Crosby sang "White Christmas?"

B.  The Bells of Saint Mary

6.  Which Christmas song has the following lyric?

"Christmas Eve will find me where the love light gleams."

B.  "The Most Wonderful Time of the Year"

C.  "Walking in a Winter Wonderland"

7.  In which country did the song "O Christmas Tree" originate? 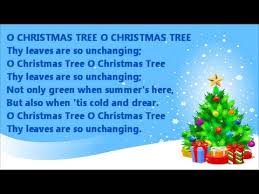 8.  In what year did Brenda Lee record "Rockin' Around the Christmas Tree?"

9.  The song "A Holly Jolly Christmas" is from which classic television Christmas special?

A.  Rudolph the Red-Nosed Reindeer

B.  Frosty the Snowman

C.  How the Grinch Stole Christmas

10.  Name the Christmas song which contains the following words:

A.  "It's Beginning to Look a Lot Like Christmas"

B.  "The Christmas Song"

D.  "The Most Wonderful Time of the Year"

C.  Billy Haley and His Comets 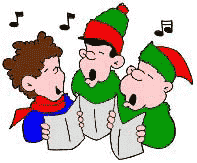 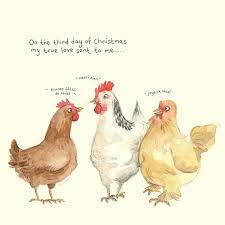 The correct lyric for "The Twelve Days of Christmas."  is "three French hens."

"Have Yourself A Merry Little Christmas" was originally sung by Judy Garland in the 1944 film Meet Me in St. Louis. 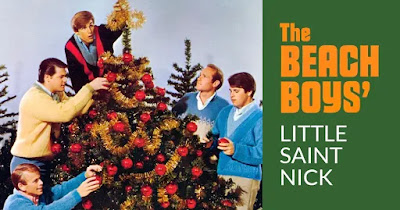 The Beach Boys "Little Saint Nick." is a Christmas-themed hot rod song about Santa and his sleigh.  It  It was composed by Brian Wilson and Mike Love and was released as a single on December 9, 1963.  In 1964, it was the opening track on The Beach Boys' Christmas Album.

Those lines come from the Christmas hymn "Silent Night."  The words to "Silent Night" were originally written in German by an Austrian Roman Catholic priest, Father Joseph Mohr.  On Christmas Eve 1818, , Father Mohr needed a carol for Midnight Masst.  He took his poem, "Stille Nacht," to his friend Franz Xaver Gruber.  Within hours, Gruber composed the melody to "Stille Nacht."

Below is a photo of Bing Crosby and Marjorie Reynolds singing "White Christmas" in the 1942 film Holiday Inn.

Bing Crosby first recorded "White Christmas" in October of 1942.  It was played often during the 1942 wartime Christmas season, on the Armed Forces Network and on commercial radio.  Crosby introduced the song to the public on The Kraft Music Hall radio show on December 25, 1941.  The first movie in which Bing sang "White Christmas" was the 1942 musical Holiday Inn.  The film also starred Fred Astaire, Marjorie Reynolds and Virginia Dale.  Composer Irving Berlin wrote 12 songs specifically for Holiday Inn.

According to Guinness World Records, "White Christmas," as performed by Bing Crosby, is the best-selling single worldwide.

"O Christmas Tree" is a Christmas carol based on a traditional German folk song called "O Tannenbaum."  A "tannenbaum" is a fir tree.

Brenda Lee recorded "Rockin' Around the Christmas Tree" in 1958, when she was only 13 years old. (She was born December 11, 1944).  The song was written by Johnny Marks. the man who also wrote Rudoph the Red-Nosed Reindeer" and "A Holly Jolly Christmas."  "Rockin' Around the Christmas Tree" did not catch on until it was re-leased after Brenda's 1960 hit "I'm Sorry."  After that, it became a Christmas standard.  It was featured in the 1990 film Home Alone.

Burl Ives provided the voice for the song "A Holly Jolly Christmas" in Rudolph the Red-Nosed Reindeer, the 1964 Christmas special.

"Silver Bells" is the song that contains those words

"Silver Bells" was composed by the songwriting duo of Jay Livingston and Ray Evans.  It was written for the 1951 film The Lemon Drop Kid, starring Bob Hope and Marilyn Maxwell.

"Mary's Boy Child," is a 1956 Christmas song written by American composer songwriter Jester Hairston.  It is often performed as a Christmas carol.  Hairston composed "Mary's Boy Child" after a friend asked him to write a song for a birthday party.  He wrote it with a calypso rhythm because the people at the party would be mainly West Indians.  Singer Harry Belafonte heard the song performed by Schumann's Hollywood Choir and recorded it in 1956.