Reflections on the election 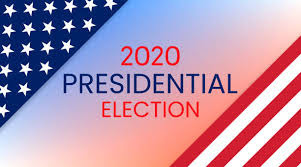 Yesterday I posted a warning that American democracy is at stake.  It certainly is.  There is a moral sickness in America.  Why else would so many people cast their vote Donald Trump, a racist, misogynist criminal?  Why else would so many people vote for someone who is willing to allow COVID19 to run rampant?  Trump's inaction on COVID, and his rallies, have resulted in many deaths.  There will be many more deaths from the virus if he is sworn in as president again.

I feel sad for America and the American people that so many have a cult-like devotion to this unstable man.  I want to throw up my hands and say, "Can't you see what he's done?  He's locked children up in detention centres and separated them from their parents.  He has constantly lied and cheated.  He thinks climate change is a hoax and he has removed environmental protections.  He is a bully and he is chummy with dictators.    He has given tax breaks to billionaires.  In short, he is totally corrupt."

I hope that Joe Biden wins the electoral college vote.  Even if Donald Trump prevail  legally or illegally, he will someday account for his actions.  He will meet his Waterloo.  After all, they got Al Capone for tax evasion.  Hey, hasn't Trump had a problem with his taxes?