Riddles and word plays on a cold January day 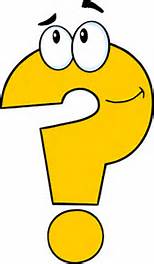 It's January and it's very cold in many places in the Northern Hemisphere.  If you live Down Under in Australia and New Zealand, it's the summer season, but you can still enjoy some riddles and word plays.  So, why don't you sit by the fire or keep yourself cool and try to solve some of the following riddles and word plays.

QUESTION:  What does a thesaurus eat for breakfast?

QUESTION:  One big hockey fan claimed to be able to tell the score before any game.  How did he do it?

ANSWER:  The score before any hockey game should be 0-0, of course.


QUESTION:  What can be seen once in a minute, twice in a moment, and never in a thousand years?


:"Hanging is too good for a man who makes puns.  He should be drawn and quoted."


Pupkis:  The moist residue left on a window after a dog presses its nose to it.


QUESTION:  How do construction workers party?

ANSWER:  They raise the roof.