A Little Good News (for a change) 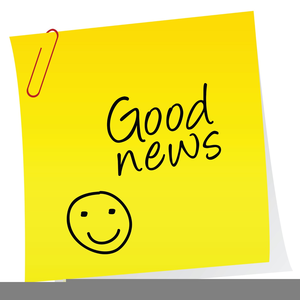 Are you sick and tired of all the bad news out there?  Do you want a break from reading about terrorism, racial strife, bigotry, gun violence, war, environmental degradation and Donald Trump?  You can't ignore the bad news forever, but you can escape it for a time.

Conventional wisdom says that bad news sells.  The old newspaper adage is "If it bleeds, it leads."  However, I have a hunch that many people would like a respite from all the doom and gloom right now.  So, for today, I have written a good news post.  Here are five good news items from around the world.

1.  Despite Donald Trump's pull out form the Paris climate deal last June, many of the largest corporations in the United States have said they intend to honour the agreement anyway.  They have vowed to pursue cleaner energy and reduce emissions on their own.  Fortune 500 companies such as Apple, Google and General Motors are voluntarily investing billions of dollars in renewable energy.  They are investing in new wind and solar projects to fuel their operations.  They are becoming major contributors to renewable electricity growth.

3.  Older people in Thailand are going back to school in order to order to combat loneliness.  Groups of people in their 60s and 70s are returning to school at a time when changing demographics mean that more seniors live by themselves.

(Information taken from August 3, 2018 article by Lucy Purdy on the Postive.News website).


4.  A homeless man in Mountainview, California, USA has reportedly received hundreds of job offers.  The man, David Casarez, stood on a highway medium, holding a sign that read "HOMELESS HUNGRY 4 SUCCESS. TAKE A RESUME."  He arrived in the Bay Area in September of 2017, with a college degree and three years of experience as a software developer.  Unfortunately, he underestimated the high cost of living and was unable to find work in Slicon Valley.  He lived in his van until he could no longer afford payments.  He was then forced to sleep in a park.

Someone snapped a photo of the 26-year-old  Casarez and posted it on Twitter on July 27, 2018. It immediately went viral.  Since then, Casarez has been inundated with offers of employment. 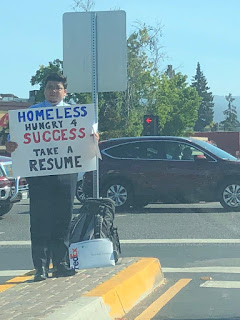 5.  Doctors in Vancouver, Canada have unveiled a procedure that could change the face of heart surgery.  Cardiologist Dr. David Wood, of Vancouver General Hospital,  has studied over 400 patients and provided the results to doctors at the Transcatheter Cardiovascular Conference in Denver, Colorado.  The procedure, called 3M transcatheter aortic valve replacement and is for treating aortic heart valve disease,  It  has taken place at 13 centres across North America, 11 in Canada.  It is an alternative to open heart surgery and usually takes about 45 minutes.  Instead of cutting into a patient's heart, a small tube is placed into the leg, which sends a balloon into the heart valve.  The new valve starts working immediately and you get twice as much blood flowing into your head, your lungs and your body.  According to Dr. Wood, the patient "is walking four hours later and is discharged the next day."