More Reflections on War and Peace on Remembrance Day 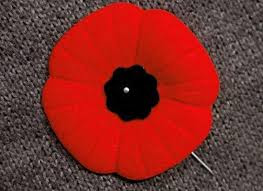 Today is Remembrance Day in Canada and other Commonwealth countries.  It is Veterans Day in the United States.  On November 11th, 2010, I posted a short essay about why I wear a poppy on Remembrance Day.  Here is that essay again, along with some quotations on war and peace.  I believe it is especially relevant given the current tensions in the world and the threat of nuclear annihilation.