A Vision for Toronto 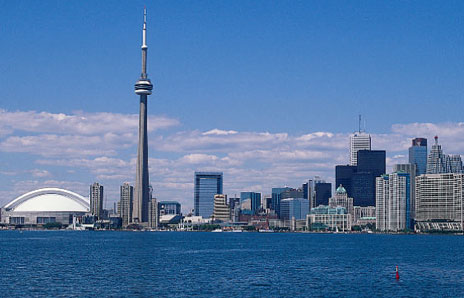 Municipal elections will be held in Toronto on October 22, 2018.  In less than a year, voters will determine the mayor of Canada's largest city (the fourth largest in North America).  So far, there are two candidates in the race - John Tory, the incumbent mayor, and former Etobicoke North, Ward 2 City Coucillor Doug Ford.  Ford, 53, is the older brother of ex-Toronto mayor Rob Ford.and he supports his late brother's disastrous right-wing policies.  If it comes down to a choice between the two, I will have to choose John Tory.   However, neither shares the vision I have for my city.

Almost every day, I travel by public transit.  I see men and women begging inside and outside TTC stations, Recently I witnessed three down-and-out men lying side-by-side on the floor of the Bay subway station.  Last month, it was revealed that at least 70 homeless people have died in Toronto this year.  Dr. Eileen de Villa, Toronto's medical officer of health, warned that the sample is limited and that more hospitals and agencies are being urged to turn over their data.  However, 70 is probably lower than the actual number of homeless who will die in 2017. This is a shocking figure for such an affluent city.  That is why combating homelessness and poverty must be of the highest priority.  There should be more affordable housing, close consultation with the homeless themselves and better care and treatment for alcoholism, drug addiction and mental illness.

The Scarborough subway should be cancelled immediately.  The 3.35-billion one-stop subway is not worth the cost to taxpayers.  In fact, it is an egregious waste of money.  (LRT is the way to go).  The savings could be invested in infrastructure that would benefit the people of Scarborough.  Unfortunately, both Tory and Ford support this grievous mistake.

As for the TTC, there are far too many delays and interruptions in service.  It is not dependable.  That is a serious problem that needs to be tackled.  Every weekend, stations are closed for signal upgrading.  This has been going on for a long time and it is annoying to subway patrons who are herded onto slow-moving shuttle buses.

Toronto needs more green spaces, more outdoor squares and more outdoor seating.  One of the joys of European cities is their squares.  Can you imagine Italy without its piazzas or London without Trafalgar Square or Piccadilly Circus?  Here in Toronto, the Yonge-Dundas Square could be much improved.  It needs more green and some art.  There should be a beautiful square at Yonge and Bloor, but alas, the monstrous "The One" is being built there instead.

There is a woeful lack of public washrooms in Toronto, especially in TTC stations.  Also, the city is definitely not as clean as it used to be.  There is far too much litter and too many cigarette butts on our streets.  We are in need of an anti-litter campaign.

Developers have had their way in this city for much too long. That is why you can hardly tell that Toronto is located on the shores of Lake Ontario.  The lake is surrounded and concealed by ugly high-rise condos.  Compare that with what Chicago has done with its waterfront.  It's too late to fix that, but I would still put more limits and regulation on development in this city.

The mayor of this city should be an ardent supporter of public libraries, museums and art galleries.  He or she should ensure that they receive adequate funding.  Great cities are filled with aquariums, theatres, opera houses and planetariums. Toronto has the Ripley Aquarium of Canada and the Four Seasons Centre for the Performing Arts.  It used to have the McLaughlin Planetarium. right next to the Royal Ontario Museum (ROM).  The planetarium opened its doors in 1968 and closed in November 1995 due to provincial budget cuts when Mike Harris was premier.. It suffered from declining attendance when the ROM underwent major construction beginning in 1978.  However, attendance improved when the ROM reopened in 1984.

For a brief time, after its closure, the McLaughlin Planetarium housed the Children's Own Museum.  It is currently being used as a storage and office facility for the Royal Ontario Museum.  In 2009, however, ROM revealed that it had sold the planetarium building and its site to the University of Toronto for $22 million.  In 2014, the university announced plans for new facilities to be constructed on the site.  Sadly, our former planetarium faces demolition, although there is a campaign to save it, supported by Jeff Balmer, associate professor of the School of Architecture at the University of North Carolina at Charlotte.  There is also an online petition to preserve the building.

The concerns of Toronto's Black community would definitely be of high importance to the mayor.  He or she should work hard to try to improve the relationship between Blacks and police in this city. and fight racial profiling.

And yes, I am not afraid to say it.  The mayor of Toronto should should call for the raising of property taxes, especially those of the 1 per cent in the higher income bracket.  At the same time, he or she should respect tax payer's money and try to ensure that their hard-earned dollars are spent wisely and prudently.

We all want a more livable city.  We all want services.  The money has to come from somewhere.  It doesn't grow on trees.  However, if we improve the health and welfare of Torontonians, we will reduce crime and poverty.  Tax money will be saved on health care and prison facilities.

I am proud of my city.  It has so much to offer and such great diversity.  However, it has often been ill-served by its politicians.  The people of Toronto deserve much better.  That's why I urge Torontonians to take time to study the issues.  Don't fall for simplistic catch phrases such as "subways, subways, subways" or "war on cars" or "We're being taxed to death."

John Tory is expected to defeat Doug Ford handily.  However, he should not be handed a second term in office without really debating the issues I have mentioned.  He and Ford need a challenge from the left.  Otherwise, the two of them will try to outdo each other in trying to present themselves as fiscally conservative.  They will spend the campaign talking about closing libraries and cutting programs.

It will actually benefit John Tory to have a strong progressive challenger.  It's not good for a politician to get too easy a ride and he may become complacent.during a second term in office.  He'd be a much better mayor if he is forced to really defend some of his positions, especially his stand on the Scarborough subway.


The problem is that no progressive candidate seems to be willing to run in 2018, at least not yet.  The left seems to have conceded the election to Tory. It seems content to bide its time until 2022.  After all, it takes a lot of time, money and effort to run for mayor of a large municipality such as Toronto.  Not too many want to go through that if they don't feel they have a chance of winning.  Nevertheless, it is still my hope that someone will come forth.  It is not to late for someone else to emerge as a viable candidate.  The next election is four years from now and that's a long time in the life of a city.