The Blue Jays and Rogers have some nerve raising ticket prices again! 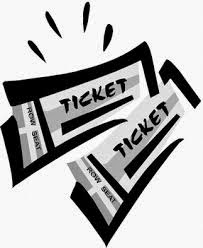 I’m pretty surprised they had the audacity to raise the ticket prices this much . . . They have the longest streak of playoff futility in the league, and after Game 2 of the World Series they hit us up with a price increase? It’s par for the course for what people expect from Rogers.

- Mike Wilkomirsky, a disgruntled Blue Jays fan, as quoted in the Toronto Star


Sixty bucks might not seem like much, but when you’re on a tight budget you have to think twice about what you spend on leisure.

- Vishala Shembedasie, another disgruntled fan whose 20-game 500-level ticket package increased from $200 to $260 this season, as quoted in the Toronto Star.


I won't mince word either.  The decision by the Toronto Blue Jays and Rogers, the mammoth telecommunication company that owns the team, to increase ticket prices is absolutely contemptible. This is a team that has failed to make post-season play since 1993 and they have the unmitigated gall to ask fans to shell out more of their hard-earned money.  It's disgusting! Worst of all, the price for 500-level tickets is increasing the most.  The fans in the nose-bleed seats are going to be hit the hardest.  Talk about gouging the public!

Here's the deal.  Your Toronto Blue Jays chose the 21st anniversary of the last day they were in the post-season to increase ticket prices almost across the board for season ticket-holders in 2015.  Prices in the 500-level were the hardest hit, where costs for a 15-game flex pack rose a whopping 50 per cent compared to last season.  Other price increases ranged from five to ten per to 35 or 40 per cent. Prices in the 200-hundred level outfield seats decreased slightly. Single-game tickets don’t go on sale until January, but Stephen Brooks. Blue Jays senior vice-president, confirmed that those prices will go up as well.

According to Brooks, prices had to be raised in order to "get consistency in product pricing relative to other products by section.”  All that corporate bafflegag doesn't mean a thing to fans. All they know is that the Blue Jays organization did not even have the decency to give season ticket-holders any prior notice about the price increases.  Subscribers were merely informed of the increases when they received their invoices.  Is that how the Jays show their respect for the team's most loyal followers!

What a great sense of timing!  What great appreciation for the fans who have supported them during all years of frustration and losing!  Is this Rogers' way of rewarding such patience.  It's time someone stood up for the much-maligned fans.  The players have agents and a union to support them. Rogers is a huge corporation and billionaire owners have wads of cash.  Tell me, please, who speaks for the downtrodden fans?  Who will be their advocate?  When was the last time you heard a baseball player express concern about the affordability of attending a game for fans?

These ticket increases are pocket change to the wealthy player and billionaire owners.  They live in in a very different world than most people.  For the ordinary Joe and Jane, with bills to play, higher ticket prices will probably mean that they won't be able to afford to take their children to many baseball games.  It's sad because these are the truest fans. They don't attend games because it's trendy and they want to be seen.  They attend because they genuinely enjoy the game.

Baseball used to be one of the most reasonably priced sports for live attendance.  Those days are quickly fading away, ruined by greed and selfishness.  Oh yes, sports teams pay lip service to the fans.  They use phrases such as "our wonderful fans" and they have "fan appreciation days" at the end of each season.  Big deal!  So they give away a few cars and cell phones, while at the same time receiving advertising revenue from the companies that provide the prizes.  What good is that when live sporting events are becoming more and more expensive?  If the owners and players really cared about the fans, they'd be concerned about the affordability of their product.

I write this as a longtime fan of the Jays, and I am no fair-weather fan either.  Here in Toronto, we are gouged more than almost any city in North America.  The cost of tickets for Leaf and Raptor games are beyond the reach of an increasing number of Torontonians.  The prices at the concession stands at the Air Canada Centre and the former Sky Dome are outrageous.  I call it highway robbery, pure and simple.

We all know about the soulless and silent "fans" in the platinum seats at the Air Canada Centre Most of the time, they just eat and talk business.  Often their chairs are unoccupied, a testament to their interest in the game.  Is this what Rogers wants for the Blue Jays too?  Perhaps, as long as the cash keeps rolling in.