It's that time again, baseball fans.  It's October and the World Series is just around the corner.  To put you in the mood for the Fall Classic, Number 16 presents a 2014 World Series Quiz.  Are you up to the challenge.  Put on your baseball cap and find out by answer the following questions. Get ready to play ball!


1.  Which of the following statements is not true about the 1964 World Series between the New York Yankees and the St. Louis Cardinals?

A.  The 1964 World Series marked the last Series appearance for both Mickey Mantle and Whitey Ford.

B.  The St. Louis Cardinals won in six games.

C.  Yankee manager Yogi Berra was fired after the Series ended and replaced by the manager of the St. Louis Cardinals.

D.  The New York Yankees did not play in another World Series until 1976.

2.  Name the youngest man ever to broadcast a World Series game.

3.  What was the nickname of the 1982 World Series between the Milwaukee Brewers and the St. Louis Cardinals?

4.  When was the last time the Chicago Cubs won the World Series?

5.  Reggie Jackson, known as "Mr. October," played in 27 World Series games during his career.  How many home runs did he hit in those 27 games? 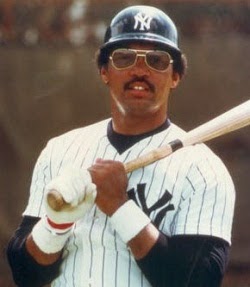 6.  Have any of the various versions of the Washington Senators ever won the World Series?

A.  No team named the Washington Senators has ever won the World Series.

B.  Yes, the Washington Senators won the 1922 World Series.

C.  No team named the Washington Senators has ever even played in the World Series.

7.  Which baseball manager has won the most World Series rings?

C.  A tie between Joe McCarthy and Casey Stengel

D.  A tie between Sparky Anderson and Tony La Russa

8.  Did Ty Cobb ever play on a World Series championship team? 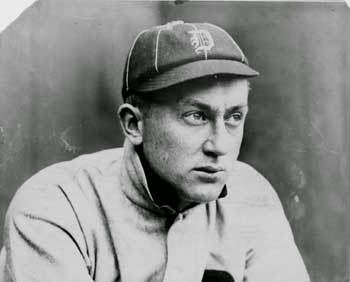 A.  No, Cobb never won a World Series ring during his baseball career.

B.  No, he never even played in the World Series.

D.  Cobb won a World Series with the Philadelphia Athletics.

9.  Which of these statements in false about the Toronto Blue Jays' back-to-back World Series victories in 1992 and 1993.

A. 1992 marked the first time a World Series game was played outside the United States.

10.  When the New York Mets (dubbed the "Miracle Mets" or the "Amazing Mets") won the 1969 World Series, which American League team did they defeat?

11,  What team defeated the Chicago White Sox in the infamous 1919 World Series?

12.  To date, the New York Yankees have won 27 World Series championships, the most of any team in Major League history.  Which team has recorded the second-most World Series victories?

13.  On October 8, 1956, Don Larsen pitched a perfect game for the New York Yankees in Game 5 of the World Series.  To date, Larsen's perfect game is the only perfect game in the history of the Fall Classic.  Until 2010, it remained the only no-hitter of any kind in post-season play.  Which pitcher threw a no-hitter in the National League Division Series that year?

The St. Louis won the 1964 World Series in seven games.  They won the seventh game at Busch Stadium in St. Louis by a score of 7-5.  Yogi Berra was fired and replaced by Johnny Keane, who had resigned from the Cardinals after the series.  It was the last World Series appearance for both Whitey Ford and Mickey Mantle.  Mantle played his final major league game in 1968 and announced his retirement on March 1, 1969.  Ford  played his final major league game in 1967.  Their New York Yankees did not appear in another Word Series until 1976 when they were swept by the Cincinnati Reds in four games straight. 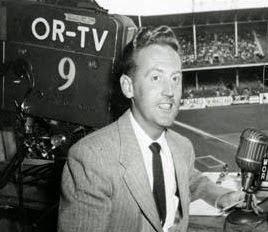 Vin Scully was only 25 years old when he broadcast the 1953 World Series, a rematch between the four-time defending champion New York Yankees and the Brooklyn Dodgers.  He replaced Red Barber who was involved in a salary dispute.  In so doing, Scully became the youngest person to broadcast a World Series game, a record that still stands today.  At the age of 86, he is still the voice of Dodger baseball, but in Los Angeles.

By the way, the Yankees won that 1953 Series in six games for their fifth straight title - another mark that has yet to be equalled.

The 1982 World Series was dubbed the "Suds Series."  St. Louis and Milwaukee had never met in a Series before, but the two cities were beer market rivals with St. Louis being the home of Anheuser-Busch and Milwaukee the home of Miller Brewing.  The St. Louis Cardinals defeated the Milwaukee brewers in seven games.

The last time the Chicago Cubs won the World Series was 1908 - that's 106 years ago!  The Cubbies have only won two Series in their storied history - back to back wins in 1907 and 1908.  Both times, they defeated the Detroit Tigers.

Reggie Jackson slammed ten home runs in his 27 World Series games, batting .354 with 24 RBIs. The Hall of Famer played on five World Series championship teams.  He won three times with the Oakland Athletics and twice with the New York Yankees.  On October 18, 1977, Reggie slugged three home runs in Game 6 of the World Series, leading the Yankees to a 4-1 win over the Los Angels Dodgers and a victory in the Series four games to two. 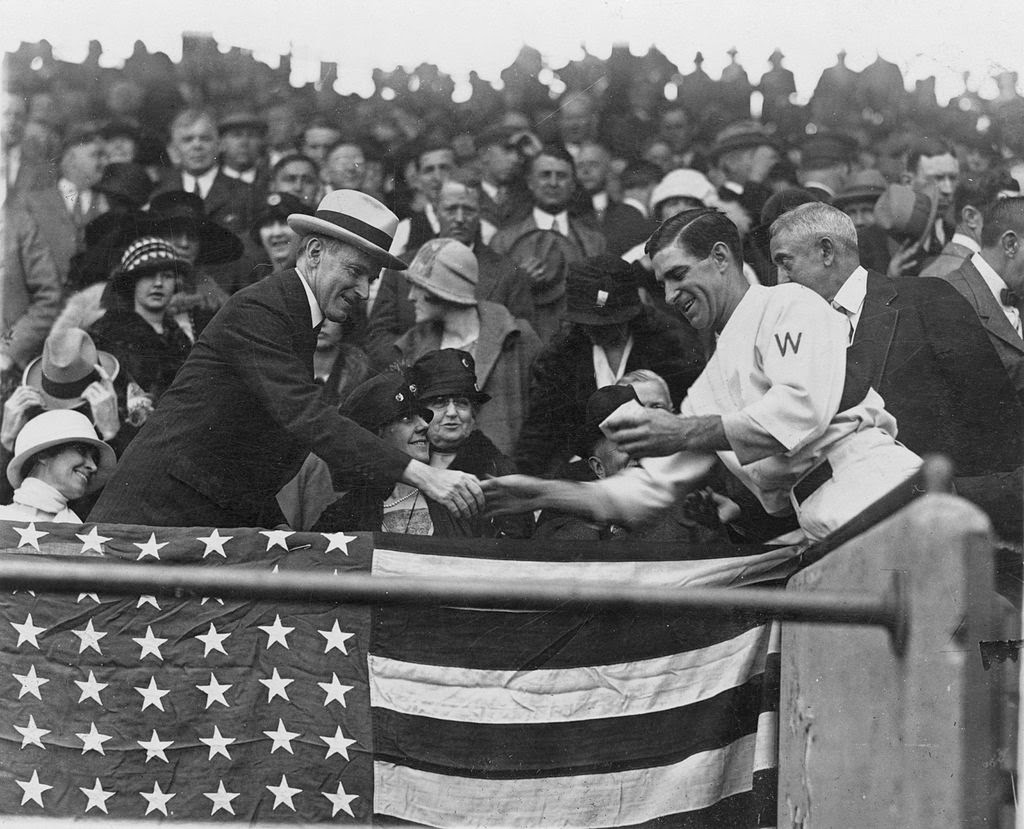 The Washington Senators did indeed win the World Series - in 1924.  They defeated the New York Giants in seven games.  In the above photo, Washington manager Bucky Harris presents U.S. President Calvin Coolidge with the baseball used to open the 1924 World Series at Griffith Stadium in Washington, D,C.  The Senators lost the first game of the Series by a score of 4-3 (in 12 innings).

Pitching great Walter Johnson of the Washington Senators made his first World Series appearance in 1924.  He was 36 years old.

The Toronto Blue Jays had been in post-season play prior to 1992, but they were not the first Canadian-based team to participate in the post-season  That distinction belongs to the Montreal Expos. In 1981, the Expos made it to post-season play for the first and only time as a Montreal franchise. However, they lost the best-of-five National League Championship when Rick Monday of the Los Angeles Dodgers hit a ninth-inning home run in Game 5 at Montreal's Olympic Stadium.  In 2005, the Expos moved to Washington D.C. to become the Washington Nationals.

Cito Gaston, who spent his entire managerial career with the Toronto Blue Jays, became the first African-American manager to win a World Series in Major League history when the Blue Jays won the championship in 1992.

In 1969, the New York Mets defeated the Baltimore Orioles in what is considered one of the greatest upsets in World Series history.  The Mets won the Series in five games, becoming the first expansion team to win a division title, a pennant, and the World Series.  Under manager Gil Hodges, the Mets captured the championship in what was only the eighth year of their existence.  They overcame a fine Baltimore Orioles club, managed by Earl Weaver.

In 1919, the Cincinnati Reds defeated the heavily-favoured Chicago White Sox five games to three in the best--of-nine World Series.  A scandal followed (dubbed the "Black Sox" in which it was revealed that several members of the White Sox had conspired with gamblers to intentionally lose the 1919 championship.

To date, the St. Louis Cardinals have won 11 World Series championships, the second-most Series victories.  The Boston Red Sox have won eight times, having appeared in 12 October Classics. The New York/San Francisco Giants have combined for seven World Series titles - five in New York and two in San Francisco.  The Pittsburgh PIrates have compiled five championships, while the Detroit Tigers have prevailed four times - 1935, 1945, 1968 and 1984. 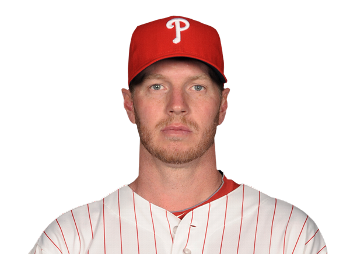 On October 6, 2010, Roy Halladay tossed a no-hitter for the Philadelphia Phillies in Game 1 of their 2010 National League Division series against the Cincinnati Reds.  It was Halladay's  second no-hitter in 2010 and the first postseason appearance of his career.

NOTE TO READERS: If you can't get enough baseball trivia, why don't you also try a previous baseball quiz I posted on October 1, 2012.  It's called "Baseball and World Series Quiz."  Just click the QUIZ tab at the top of the page.