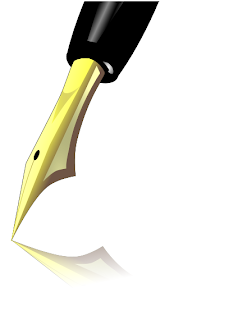 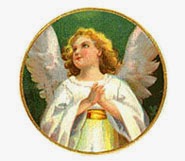 Genesis 1-3
Let there be light!  What a powerful phrase!  In Latin, it's fiat lux.

"Light" has several dictionary definitions.  One definition, according to the Merrim-Webster, is "the form of energy that makes it possible to see things; the brightness produced by the sun, fire, a lamp, etc."  Another meaning is "a spiritual illumination."  This involves inner light, enlightenment and truth.  That is the kind of enlightenment meant in the opening words of the Book of Genesis.

On December 24, 1968, Apollo 8 entered the orbit of the Moon.  That Christmas Eve, its three astronauts, Frank Borman, Jim Lovell and William Anders, appeared in a live television broadcast and displayed pictures of the Earth and the Moon as seen from their spacecraft.  Command Module Pilot Jim Lovell stated, ""The vast loneliness is awe-inspiring and it makes you realize just what you have back there on Earth."   The astronauts concluded their broadcast by taking turns reading from the opening passage of Genesis. Commander Frank Borman signed off with these words, "And from the crew of Apollo 8, we close with good night, good luck, a Merry Christmas, and God bless all of you - all of you on the good Earth."

Light has been very much on my mind this Christmas.  Here in Toronto, thousands of people have been without electricity and heat due to a terrible ice storm.  Although hydro was restored at my home on December 23rd, many others in the Toronto area remain in the cold and the dark.  Last summer, our city experienced blackouts and flooding due to an extremely heavy rainfall.  The weather, however, was warm and no one had to shiver in the dark.  This ice storm has caused great discomfort to the elderly and the disabled in our city and in other areas in Canada and the United States.

There is a clear weather pattern around the world.  Extreme weather conditions are becoming  a fact of life in the 21st century.  Just read the headlines.  In 2013, there have been floods, ice storms, snow in Jerusalem. There was also a snowfall in Cairo, Egypt, it's first in 112 years.  How much more evidence is needed that climate change is here and that it's hitting closer to home than ever before.  Some people in Toronto see power blackouts as becoming a regular occurrence and are making sure they are prepared when it happens again.

My Christmas wish is that more of us will "see the light" about climate change.

ROSE:  To the hydro workers who continue to toil diligently during this Christmas season to restore electricity after a catastrophic ice storm hit parts of Ontario, Quebec, the Maritimes and the United States.

ROSE:  To Pope Francis for emphasizing the importance of social justice and for expressing his dismay at the growing gap between the haves and the have-nots.  His concern for the poor and the marginalized and his criticism of unregulated capitalism is not "pure Marxism," as far-right commentator Rush Limbaugh has stated.  What the Pope has been saying is at the very core of the Christian gospel.  Remember "Blessed are the poor . . ."

The Sermon on the Mount does not describe the poor as welfare bums who are too lazy to work (Please take note, neo-conservative Christians).  Placing regulations on capitalism is not the equivalent of communism.  The Rush Limbaughs of this world do not get it!  They do not understand that unfettered capitalism is the cause of much suffering and abject poverty.  The "greed is good" mentality caused the Great Recession and untold misery in 2008 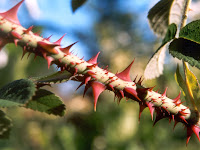 THORN:  To Canada Post for eliminating home delivery so sneakily just before the Christmas break without public consultation and for such a steep increase in the price of stamps.

THORN: To the Canadian media, especially in Ontario, for a lack of concern for Ontario's horse racing industry.  Thousands of worker in the industry have lost their jobs.  I can't think of one daily newspaper that showed any great concern for the plight of these workers or the plight of horse breeders in the province. What about the plight of the city of Fort Erie, Ontario and the possible loss of the Fort Erie Racetrack?

In particular, I am disappointed in the Toronto Star's coverage of horse racing.  Many Torontonians remember the late great Star sportswriter Jim Proudfoot.  Jim was a great racing fan and often wrote about the sport.  The last Star sports columnist who has shown any interest and concern about horse racing is Dave Perkins.  He retired recently.

Several years ago, when I was working in the Star's library, I asked a Star sportswriter why the largest paper in Canada provided such little coverage of horse racing.  He replied, "There isn't enough interest."   Well, doesn't the media create that interest by the amount of  publicity it gives to various sports and sporting events?  No wonder horse racing is in trouble when the media in Canada won't talk about it.  I don't hear much discussion about racing on sports radio stations such as Sportsnet The Fan 590.

As for animal rights groups and animal lovers, why have they remained so silent about about the possibility of horses having to be destroyed in this province?  One hears a great deal of concern for dolphins, baby seals and elephants.  Why not horses? 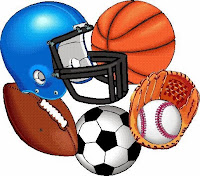 With the egotistical attitude of so many pro athletes, it's refreshing to see a baseball player with the class of Roy Halladay.  Halladay, 36, recently retired from professional baseball due to back and shoulder problems. The two-time Cy Young Award winner is one of the few major league pitchers to have won the award in both the American League (with the Toronto Blue Jays) and the National League (with the Philadelphia Phillies).  On May 29, 2010, the right hander pitched a perfect game for the Phillies against the Florida Marlins.  On October 6, 2010, he pitched a no-hitter for Philadelphia against the Cincinnati Reds in Game 1 of the National League Division Series.  It was only the second no-hitter in Major League Baseball postseason play after Don Larson's in the 1956 World Series.

"Doc" Hallday, as he was nicknamed by the late Blue Jays broadcaster Tom Cheek, signed a ceremonial one-day ceremonial contract with the Toronto Blue Jays in order to retire with his original team.  During his tenure as a Blue Jay, Halladay ran a program called "Doc's Box," a luxury suite for the use of ill children from the Hospital for Sick Children.  He funded the program himself.  His wife Brandy hosted it.  Brandy also organized many of Roy's charitable activities such as hospital visits and fundraising.

Wouldn't it be great for pro baseball to return to Montreal?  The Expos are gone but certainly not forgotten. How about a Montreal franchise in the American League?  This could spark a tremendous rivalry between the Blue Jays and the new Montreal team.  Perhaps, if the Tampa Bay Rays don't survive, they could relocate north.

An organization called the Montreal Baseball Project  is working diligently to bring about the second coming of baseball to the city.  The group's stated goal, as described on its official website, is "to bring Major League Baseball back to Montreal."  It points out that with a metropolitan area population of almost 4 million, Montreal remains the largest North American city without a MLB team.

The Expos left Montreal in 2004 and became the Washington Nationals.  The arrival of the Nationals marked the fifth time a Major League Baseball team has attempted to succeed in Washington, D.C.  There have been several versions of the Washington Senators.


If Washington has been given all those chances, then surely Montreal deserves at least a second chance.

Note that the founder and president of the Montreal Baseball Project is former Expos outfielder/ first baseman Warren Cromartie.  Cromartie, 60, played more than a thousand games for the Expos from 1974 to 1983.

Canadian football fans welcome the return of an Ottawa franchise to the CFL - the Ottawa Redblacks.  The Winnipeg Blue Bombers.will return to the Western Division where they belong.  Once the new Ottawa team is settled into the league, attention will be focussed on two other important matters.  The first is to create more interest in the Toronto Argonauts in Canada's largest city.  Not enough people in Toronto appreciate the Argos or the fact that the team was established in 1873 and is the oldest existing professional sports team in North America that still calls itself by its original name.  Some Toronto fans are snobby and look down upon the CFL. They think only the NFL is good enough for Toronto and that the Argonauts are preventing the city from obtaining an NFL franchise.  The truth is that the Argos have been playing much better than the Maple Leafs, the Raptors and the Blue Jays.  They won the 100th Grey Cup in 2012 and they went as far as the Eastern Division Final this year.  Not only that, but the Double Blue have a record 16 Grey Cup championships to their credit.  Compare that to the Blue Jays, who have not made the playoffs since 1993, and the Leafs, who have not won a Stanley Cup since 1967.  In addition, the Argos are not owned by Maple Leafs Sports and Entertainment, the least fan friendly professional sports organization in North America.  Don't even get me started on the ridiculously high price of Leaf tickets!

The Toronto Argonauts also need a new stadium.  The former SkyDome, however, has one major benefit; a retractable roof to protect fans from the cold and the rain.

The second major matter for the CFL to consider is an eventual fifth team in the Eastern Division so that tthe league will consist of ten teams, five in each division.  It would be great to have a franchise in the Maritimes (most likely Moncton, New Brunswick) or in Quebec City.  A group has been trying for quite awhile to launch a team called the Atlantic Schooners.  As for Quebec City, football is very popular there with the success of the Rouge et Or from Laval University.  If the stadium at Laval were expanded, it could support a CFL team.