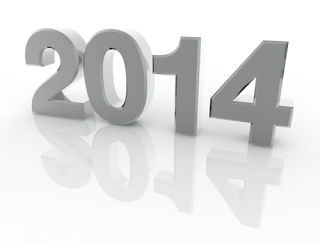 
I hope that in this year to come, you make mistakes.

So that's my wish for you, and all of us, and my wish for myself. Make New Mistakes. Make glorious, amazing mistakes. Make mistakes nobody's ever made before. Don't freeze, don't stop, don't worry that it isn't good enough, or it isn't perfect, whatever it is: art, or love, or work or family or life.

Whatever it is you're scared of doing, Do it. 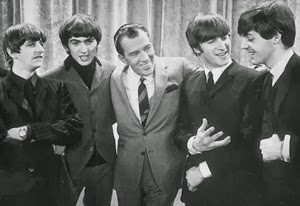 February 9, 1964 marks the 50th anniversary of The Beatles' first appearance on The Ed Sullivan Show. The Fab Four arrived in New York City on February 7 amid great fanfare and much anticipation from their fans.  They performed on the Sullivan show for three consecutive Sundays in February of 1964.  CBS has announced that it will broadcast a two-hour tribute to The Beatles on February 9, 2014.  This TV special will feature footage of the Beatles' legendary performance 50 years to the air it originally aired.


CENTENARY OF THE FIRST WORLD WAR, ALSO KNOWN AS THE GREAT WAR

2014 marks the 100th anniversary of the start of The First World War (1914-1918).  The hostilities began on July 28, 1914 when Austria-Hungary officially declared war on Serbia.  This declaration of war occurred exactly one month after Archduke Franz Ferdinand, heir to the Austro-Hungarian throne, and his wife, Sophie, were assassinated in Sarajevo, the capital of the Austro-Hungarian province of Bosnia-Herzegovina.  Their assassin, Gavrilo Princip, was a young Bosnian-Serb who belonged to a group called the Black Hand, a Slavic nationalist movement advocating a union of Bosnia-Herzegovina and Serbia.

On June 6, 1944, the Allied Forces landed on the beaches along the coast of Normandy, France in World War II.  It was the greatest seaborne invasion in history.  The code name for the Battle of Normandy was Operation Overlord.  The Allied land forces that saw combat on D-Day came from the United Kingdom, Canada and the United States.  Free French forces and Polish forces also participated after the assault.  In addition, there were minor contingents from Belgium, Greece, the Netherlands and Norway.

On June 6, 1944, a date known ever since as D-Day, a mighty armada crossed a narrow strip of sea from England to Normandy, France, and cracked the Nazi grip on western Europe.

Note: D-Day is a military term for the day a combat attack is set to occur. 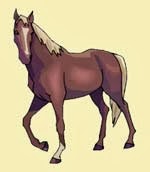 Ontario Municipal Elections will be held on Monday, October 27, 2014.  Voters in the province of Ontario will elect mayors, councillors, school board trustees and all other elected officials in all of the province's municipalities.

New Brunswick Election:  The province of New Brunswick will go to the polls for provincial elections on Monday, September 22, 2014.


150th Anniversary of the Charlottetown Conference

From September 1-9, 1864, representatives of the colonies of British North America met in Charlottetown, Prince Edward Island to discuss Canadian Confederation.  Most of the conference took place at Province House, which now houses the legislative assembly of the province of Prince Edward Island. 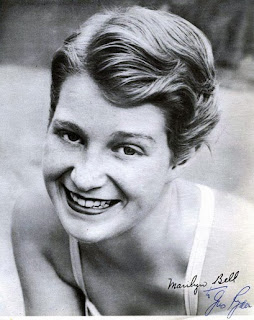 60 years ago, on September 9, 1954, Toronto-born Marilyn Bell, became the first person to swim across Lake Ontario.  She swam the chilly waters from Youngstown, New York to Toronto, Ontario (a distance of about 51.5 km or 32 miles)  in 20 hours and 58 minutes. The 16-year-old became Canada's sweetheart.

In 1955, Marilyn swam the  English Channel, becoming the youngest person to do so.  The next year, she swam the Strait of Juan de Fuca off the Pacific Coast, from Port Angeles, Washington to Victoria British Columbia.

Marilyn Bell retired from marathon swimming in 1956.  On September 28, 1957, she  married American Joe Di Lascio, a lifeguard from Atlantic City, New Jersey..  The couple settled in New Jersey and raised four children.  Joe passed away in September of 2007.  Marilyn is now 76 years old and resides in Southampton, New Jersey.

The 102nd Grey Cup, the championship of Canadian professional football, will take place on November 30, 2014 at B.C. Place in Vancouver, British Columbia.

50th anniversary of famed Canadian-bred Northern Dancer's victory in the Kentucky Derby on May 2, 1964.  In June of that same year, he won the most celebrated thoroughbred horse race in Canada, the Queen's Plate.  To date, Northern Dancer is the only horse to have won both races.  He also won the second jewel of the American Triple Crown of thoroughbred racing, the Preakness Stakes and finished third in the third jewel, the Belmont Stakes.  Northern Dancer became the most successful sire of the 20th century and died on November 16, 1990.

Congressional elections will be held in the United States on Tuesday, November 4, 2014.  All 435 seats in the House of Representatives, as well as 33 of the 100 seats in the U.S. Senates, will be contested in these midterm elections.  There will also be elections involving 38 state and territorial governorships, 46 state legislatures (excluding Louisiana, Mississippi, New Jersey and Virginia), and four territorial legislatures along with many state and local races.

50th Anniversary of The Civil Rights Act of 1964:  On July 2, 1964, President Lyndon B. Johnson signed into law a landmark piece of civil rights legislation in the United States that banned major forms of discrimination against racial, ethnic, national and religious minorities, and women.  It forbid unequal application of voter registration requirements and racial segregation in schools, at the workplace and by public facilities.

The National Hockey League Winter Classic will be played outdoors on January 1, 2014 at Michigan Stadium in Ann Arbor, Michigan.  The game will feature the Detroit Red Wings and the Toronto Maple Leafs.


The 140th running of The Kentucky Derby will be held at venerable Churchill Downs in Louisville, Kentucky on Saturday, May 3, 2014..  The Run for the Roses always takes place on the first Saturday in May and it is the first jewel in the Anerican Triple Crown of Horse Racing.

The 2014 Masters Tournament of golf will take place from Wednesday April 9, 2014 to Sunday, April 13, 2014 at the Augusta National Golf Club in Augusta, Georgia.

In 1964, there were two highly anticipated boxing matches between Muhammad Ali, then known as Cassius Clay and Sonny Liston.  The first bout took place on February 25, 1964 in Miami Beach Florida.  Liston was WBC heavyweight champion, having defeated Floyd Patterson.  Clay was declared the winner of the first bout by a technical knockout. 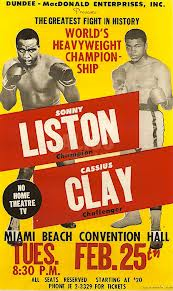 The second bout occurred in Lewiston, Maine on May 25, 1965 before less than 2,500 fans at the Central Maine Youth Center.  During the first round, Liston fell to the canvas and Ali refused to retreat to a neutral corner.  Few of the people in attendance saw Ali deliver the knockout punch.  Nevertheless, referee Jersey Joe Walcott stopped the fight and awarded Ali a first-round knockout victory.

The Scottish Independence Referendum: On Thursday, September 18, 2014, the Scottish Government will hold a referendum on the issue of independence from the United Kingdom.  The question put forth in the referendum will be "Should Scotland be an independent country?"


The Wimbleton Tennis Championships - To take place in London, England at the All England Lawn Tennis Cllub from June 23 until July 6, 2014.

The 2014 British Open Championship golf tournament will be hosted by the Royal Liverpool Golf Club from July 13 to July 20, 2014.  The Royal Liverpool is located at the seaside town of Hoylake, on Merseyside, England.

A general election for the 16th Lok Sab (House of the People), the lower house of the Parliament of India, will take place on May 31, 2014.

On September 14, 2014, a general election will be held in Sweden to the Riksdag, the national legislative assembly and to county councils and municipal assemblies.  The Riksdag is the supreme decision-making body in the Kingdom of Sweden.

There will be a general election in South Africa, to be held sometime between April and July 2014 for a new National Assembly and new provincial legislatures in each province.

Federal elections are scheduled to take place in Belgium on May 25, 2014.  All members of the Chamber of Representatives will be elected.

General elections will take place in Brazil on October 5, 2014.  The President, the National Congress, state governors and state legislatures will be elected.  In the event that no candidate receives no more than 50 per cent of the vote in the presidential and gubernatorial elections, there will be a run-off on October 26, 2014.

The 2014 Winter Olympics will take place in Sochi, Russia from February 7 to February 23.

The 86th Academy Awards will be held on Sunday, March 2, 2014 at the Dolby Theatre in Los Angeles, California.  This year, the Oscars ceremony will occur a week later than usual due to the Winter Olympics.

The 56th Grammy Awards are scheduled for January 26, 2014 at the Staples Center in Los Angeles, California.

The 2014 Tony Awards for Broadway achievement will take on Sunday, June 8, 2014 at Radio City Music Hall in New York City.

WHO IS TURNING 50 IN THE NEW YEAR? 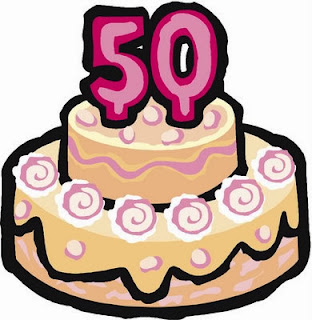