Chubby Checker: He's still twisting after all these years 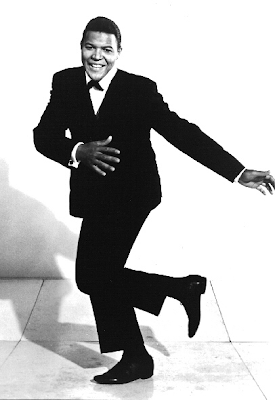 ". . . in a way, "The Twist" really ruined my life. I was on my way to becoming a big nightclub performer, and "The Twist" just wiped it out . . . It got so out of proportion. No one ever believes I have talent."


"The three most important things that ever happened in the music industry are Elvis Presley, The Beatles and Chubby Checker."


The 1960s featured several dance crazes.  There was The Mashed Potato," "The Monkey." "The Watusi" and of course, "The Twist."  "The Twist" was popularized by Chubby Checker who, at the age of 72, is still twisting the night away.

No, "Chubby" is not his real name.  He was born Ernest Evans on October 3, 1941 in Spring Gully, South Carolina, the son of Raymond Evans, a tobacco farmer, and his wife Eartle.  The family moved to South Philadelphia when Ernest was 8 years old and he and his two brothers, Spencer and Tracy, were raised in the projects.  The youngster did a variety of odd jobs such as working as a shoeshine boy.  While in high school, he studied piano at Settlement Music School, a community music school with branches in the Philadelphia area.

As a teen, Chubby Checker worked at Tony Anastazi's Produce Store in Philadelphia and sang in a street-corner harmony group called The Quantrells.  He had a natural talent for doing vocal impersonations and he enjoyed imitating the singing style of Fats Domino, Elvis Presley and Jerry Lee Lewis for the customers. It was his boss, Tony A., who bestowed him with the nickname "Chubby" due to his portly build.

Chubby later worked in a butcher shop called Fresh Farm Poultry.  The store's owner, Henry Colt, was so impressed by Chubby's performances for the customers that he introduced him to his friend, local recording entrepreneur and songwriter Kal Mann of Cameo-Parkway Records. Through his connection with Mann, Chubby was given a recording contract with Cameo.  His first two recordings for the label, "The Class" and "Dancing Dinosaur," went largely unnoticed.

"The Class," a novelty song n which Chubby performed various impersonations of popular singers, only reached #38 on the charts in 1959.  Mann, however, arranged for the teen singer to do a private recording for Dick Clark, host of Bandstand, a Philadelphia-based television show.  It was at this recording session that Chubby acquired the surname "Checker" from Clark's firs wife, Barbara Mallery. After watching his impression of Fats Domino, she asked him his name. When he replied that he was known as "Chubby," she shot back, "As in Checker?"  That little play on words earned some chuckles and provided the singer with his stage name.

Dick Clark played an instrumental role  in Chubby's early success.  Chubby was just 16 years old when he first met Dick and the two men remained friends for over 50 years, until Dick's death in April of 2012. Chubby first went on Bandstand in 1959 and performed "The Class."  He appeared on the show many more times with "The Twist."  In an April 18, 2012 article, "Chubby Checker, Dick Clark and 'The Twist',' by music critic Dan DeLuca on Philly.com, Chubby commented on the importance of Dick Clark's show to a singer in Philadelphia.   "Being on Bandstand was like getting a Nobel Prize." he declared.  "From 3 o'clock in the afternoon until 5:30, nobody was on the street. They were watching Bandstand."

Despite Chubby's association with "The Twist," the song was actually composed by Detroit rhythm and blues artist Hank Ballard.  Although Ballard and his group, The Midnighters, had recorded several songs for Federal Records, they chose to make a demo of "The Twist" for Vee-Jay Records in 1958.  This caused Federal to issue the tune as the B-side of the group's hit song "Teardrops on Your Letter."


In June of 1959, at the request of Cameo-Parkway Records, Chubby Checker recorded his cover version of "The Twist."  Interestingly enough, Bernie Lowe, president of Cameo, was not taken by the record. According to Chubby's website, Lowe considered it to be a "B" side at best.  Chubby, however, disagreed and worked diligently to promote "The Twist."  For the next 14 months, he made television appearances, gave interviews and performed continually.

Chubby persistence paid off.  Although his version of  "The Twist" was quite similar to the Ballard version, it was Checker's recording that became a huge hit, due largely to the publicity Chubby received on Bandstand.  By September of 1960, "The Twist" was the #1 song in the United States. It was the song that made the kid from Philadelphia a star and it sparked a widespread dance craze.

"The Twist" was fresh and innovative.  Dancers did not touch each other.  Instead, they faced each other, swivelling their hips and dancing in their own fashion.  In the early 1960s, celebrities such as Marilyn Monroe, Audrey Hepburn, and Librace flocked to a popular New York City discotheque called The Peppermint Lounge to twist the night away. Chubby himself performed there.

In 1961, Joey Dee and the Starlighters recorded and released "The Peppermint Twist," a song composed by Dee and Henry Glover, an American songwriter, trumpet player and record producer.  "The Peppermint Twist" reached #1 on the Billboard Hot 100 in early 1962, supplanting Chubby Checker's version of "The Twist" from the top spot. 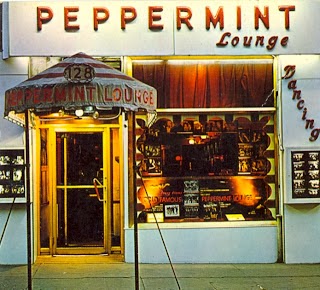 U.S. First Lady Jacqueline Kennedy was such an enthusiast of  the nightclub that she arranged for a temporary Peppermint Lounge in the White House.  Below is a 1962 photo of Jackie twisting with designer Oleg Cassini in the London home of her younger sister, Lee Radziwill. 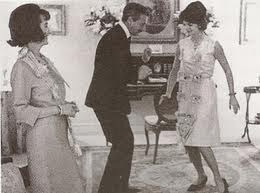 1961 proved to be a stellar year for Chubby Checker.  He enjoyed more Top Ten hits such as "Let's Twist Again," "The Fly" and "Pony Time."  On October 22, 1961, Chubby appeared on The Ed Sullivan Show. He performed a medley of "The Twist" and "Let's Twist Again" with the Do-Re-Mi Dancers.  He also sang "The Fly."  Other guests on the Sullivan show that night included Wayne and Shuster, Phil Silvers and Nancy Walker.

1962 was another banner year for Chubby.  After his appearance on The Ed Sullivan Show, Cameo-Parkway decided to reissue "The Twist." It was re-released and climbed to the top of the charts for several weeks in early 1962, making 'Twist," the only song in modern times to attain the #1 chart position in two separate releases.  That same year, "Let's Twist Again," co-written by Kal Mann, received a Grammy Award for Best Rock 'n Roll Recording

In 1962 and 1963, Cubby continued to popularize new dance crazes with hit records such as "The Limbo" and "The Hucklebuck."  By the mid-1960s, however, his career was on the wane due to the advent of The Beatles and the British Invasion.  Nevertheless, he put together a band and kept on recording and touring.

In January of 1963, Chubby Checker met Catharina Johanna Lodders in Manila, Philippines. Catharina, born in 1942, comes from Haarlem in the Netherlands.  She was then a beauty queen and model who had won the 1962 Miss World contest.  The couple wed on April 12, 1964 at Temple Lutheran Church in Pennsauken, New Jersey and they have three children.  They welcomed their first child, a daughter named Bianca Johanna Evans, on December 8, 1966.  A son, Shan and another daughter, Ilka, followed.


Shan Evans, also known as Shan Egan and Shan Egan Evans, is the leader singer for Funk Church, a Philadelphia-based neo-soul and rock band.  Ilka Evans is a graphic designer and the owner of Zoet Bathlatier, a small-batch candle, bath and body care company.

At 72, the indefatigable Chubby Checker has not slowed down.  He is still very energetic and continues to make as many personal appearances as ever.

* Hank Ballard, who composed "The Twist," passed away on March 2, 2003 in his Los Angeles home.  He was 75 years old and the cause of his death was throat cancer.

* Chubby Checker fathered a fourth child, a daughter named Mistie, with a woman named Pam Bass.  Now known as Mistie Mims, she was born Mistine McCray Bass on December 2, 1983 in Janesville, Wisconsin. Mistie, who stands 6 ft., 4 in. (1.93 m.), is a professional women's basketball player for the Connecticut Suns of the Women's National Basketball Association (WNBA).  In a story published by the Tampa Bay Times on April 4, 2006, Mims told journalist Greg Auman that "I've always had a relationship with my father, and my mother's done a great job of making sure I knew there was always love there.  It's only gotten stronger as I've gotten older." 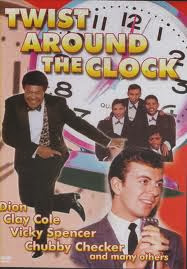 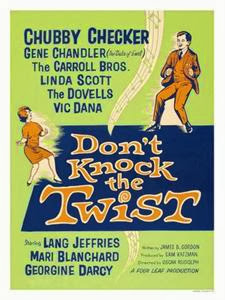 * In the early 1990s, Nabisco featured Chubby Checker in a popular television commercial for Oreo cookies.

* Chubby played himself in a 1989 episode of Quantum Leap, a time travel TV series starring Scott Bakula.  In the episode, entitled "Good Morning, Peoria, September 9, 1959" (Season 2, Episode 6, Air Date: November 8, 1989). Dr. Sam Beckett (Bakula) has to help find a way to bring back roll 'n eoll to Peoria, Illinois.  He enters a radio station in 1959 and persuades the owner of the station to play "The Twist." In so doing, Beckett finds himself teaching Chubby Checker how to dance to the song.

* Chubby's Checkerbar, produced by Chubby Checker, is a checkerboard pattern of dark and milk chocolate squares.