An Evening with Diane Dupuy and The Famous People Players

The Famous People Players is a non-profit charitable organization and can be described as a unique Canadian treasure.  FPP employs people with intellectual and physical disabilities.  The internationally-acclaimed black light theatre company was founded by Diane Dupuy in June of 1974. Diane was born in Hamilton, Ontario and raised in Toronto.  As a youth, she was labelled a slow learner and she was bullied.  Her mother encouraged her to work with puppets.  She founded the Famous People Players because she believes that the disabled should be blended into society.

The original group consisted of Diane, an assistant, 11 performers and Diane's mother, Mary Thornton, who designed and built the life-sized puppets and props.  The great entertainer and showman, Liberace, discovered the Famous People Players back in 1975.  He invited them to perform with him in Las Vegas as his opening act.  For a decade, they toured with the flamboyant pianist.  In 1982, FPP was invited to perform in the People's Republic of China

Paul Newman was also an avid supporter of the troupe.  When FPP opened its first restaurant in 1984, the late actor underwrote the payment with sales of his Newman's Own Salad Dressing. That is why the salad at the Famous People Players Dream Theatre is always served with Newman's dressing.

Another strong supporter of the Famous People Players is British singer Phil Collins who saw the troupe perform in Toronto.  The sound system of the FPP theatre, called the Phil Collins Performance Workshop, was funded through Collins' generosity and proceeds from the sales of Newman's Own products.

Diane Dupuy has travelled throughout the world as a motivational speaker and is the author of three best-selling books: Dare to Dream, Your Heart Over the Fence and Daring to Dream.  She has also written a children's book entitled The Little Girl Who Did . . .What?!!!.  On December 20, 1982, Diane became a Member of the Order of Canada for her contribution to theatre arts in this country.

On Saturday evening, I spoke to Diane and her wonderful 97-year-old mother.  Al I can say is that if I reach that age, I hope to be as energetic and look as healthy as Mary Thornton.  She chatted briefly with my husband and me and another couple while we were having dessert (after dinner and the show, customers return to the restaurant for coffee and dessert).

Below are some photos of the restaurant that I took.  I could not photograph the stage show as photography is prohibited during performances. 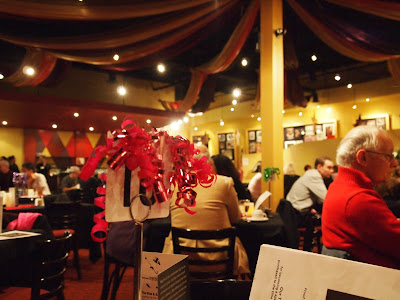 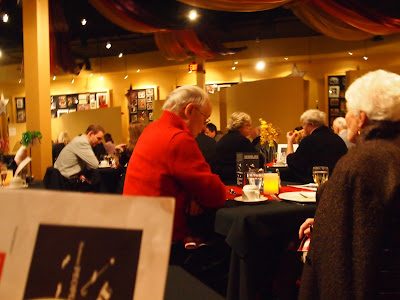 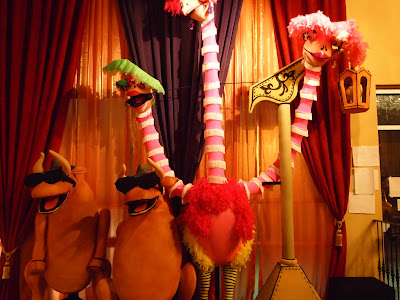 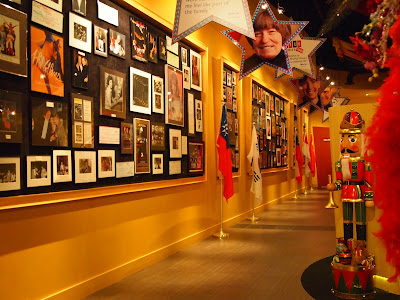 I hope that I have made more people aware of this special theatrical troupe.  For more information on the Famous People Players go to its website at http://www.fpp.org/.

Mary's life was an inspiration and she was the head of the Visual Arts Department of Famous People Players.  It was she who designed the company's brightly-coloured props.
Posted by Joanne at 3:48 AM