On taxes and government spending

Less government spending means less economic activity and, as a consequence, less tax revenue and so a larger deficit. In Britain, for instance, it is calculated that cutting the public payrolls by half a million will cause the loss of half a million jobs in the private sector.

The consequence could be what can be called the Japan Syndrome. Once it was widely assumed that Japan was about to become the world’s No. 1 economy. Instead, among developed countries, Japan’s economy is now one of the weakest. It hasn’t grown since 1991. House prices there, once the highest in the world, are back to where they were in 1983. And the debt of the Japanese government — about double the nation’s total output — is the highest in the world.

What went wrong in Japan, economists now generally agree, is that it responded to hard times by cutting back and got itself locked into a straitjacket of slow growth, high unemployment, low tax revenues and, as a consequence of all that, a high debt.

I am going to get a little political today. These words by Richard Gwyn are worth pondering. They really resonate with me. I am not an economist and I do not advocate irresponsible waste of tax payers’ dollars. I do know, however, that unemployed people do not spend money to stimulate the economy. Unemployed people do not have enough income to put much money into government coffers.

Nobody likes taxes. However, if government spends wisely, we all reap the benefits. If less tax money is spent on education, parents are forced to fork out more money to help out cash-starved schools. Students are asked more often to sell chocolates and magazine subscriptions to raise money for school initiatives. It has to come from somewhere. If tax money is spent on preventive health, then that money will be saved in the long run because illnesses will be diagnosed and treated before they become worse. Dollars spent on literacy programs will reduce crime.

Neoconservatives talk about saving taxpayers’ money. Yet, they spend it like drunken sailors on prisons and war machines when it should be spent on education, literacy and health. The answer is not to cut and chop. Nor is it to spend recklessly. The answer is to spend taxpayers’ money wisely and carefully for the benefit of all. Spending wisely can obviate the necessity for raising taxes precipitously.

This is a reminder that today municipal elections are being held in the Greater Toronto Area and in other municipalities Ontario. Please let your voice be heard.

Today is the anniversary of the Battle of Agincourt. On October 14, 1415, the English won a major victory over the larger French forces in the Hundred Years War between England and France. The English were led by King Henry V and the story is immortalized in Shakespeare’s Henry V. The battle took place in northern France.

To watch a video on the Battle of Agincourt, click on the link below.

The World Series is set. It’ll be San Francisco and Texas. The San Francisco Giants have been in Fall Classic three times and have lost thrice. They were defeated by the New York Yankees in 1962 and they lost the 1989 Bay Area Earthquake Series to the Oakland A’s. In 2002, they were overtaken by the Anaheim Angels. The Texas Rangers have never gone to the Series. I think and I hope that San Francisco’s time has come.

Toronto finally has a professional team in the playoffs. The Toronto Argonauts defeated the Winnipeg Blue Bombers 27-8 on Saturday to win a berth in the Eastern Division playoffs for the first time since 2007. They will face the Hamilton Tiger-Cats and it should be a crowd pleaser. 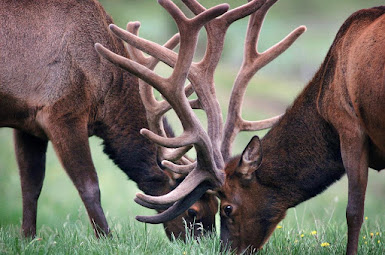