Is Toronto in decline?

"I think there's a feeling that the city doesn't care anymore and it's not doing the core cervices that it used to provide but we've come to rely on.  That slow decline is making neighbourhoods look run down." 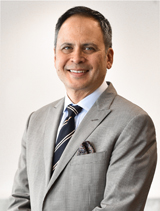 Is Toronto deputy mayor Denzil Minnan-Wong right?  Is it true that the city doesn't care anymore?  I regret to say that it seems that way.  The evidence is everywhere.  Toronto appears shoddy and run down.  Many repairs are badly needed.

I know we've been suffering though a long and terrible pandemic.  However, that's no excuse for apathy. What about our civic pride?  More than ever, we should want our city to thrive and prosper.  We should want it to look and feel good.  Instead, we are sleepwalking through a municipal election on October 24th.  Mayor John Tory is expected to win reelection easily, but that is still no excuse for apathy.  There won't be another election for another four years.  Unfortunately, however, the portents do not look good for a decent voter turnout  this year.  Advance voting turnout for the Toronto election fell nearly 30 per cent from 2014.

Minnan-Wong's remarks have to be taken very  seriously.  After all, as Toronto deputy mayor, he has been a key member of John Tory's administration for the past eight years.  He is not seeking re-election this time around, so he probably feels more free to speak his mind.  That's exactly what he did in an interview with the Toronto Star.  He called to congratulate he Star on its "Can't We Do Better" series and warned of a "slow decline in the quality and maintenance and repair of our neghbourhoods" due to:  '"neglect.'"

Why is this happening to Canada's largest city, and what can we do about it?  On October 24th, we have a chance to let our voices be heard.  It is our democratic right and we should cherish it.  Voters shouldn't have to be persuaded to exercise their franchise.  We citizens should vote willingly and happily, especially in municipal elections, where the issues are much closer to home and right in our neighbourhood.  All I can say is if you don't bother to vote, you shouldn't criticize.  If you can't take some time to learn about the candidates and the issues, then you are shirking your civic responsibility.  The choice is yours.