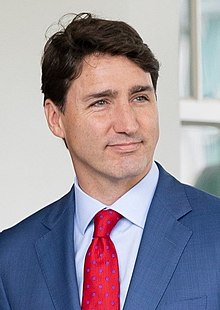 We are one week away from a Canadian federal election on September 20th.  According to the latest poll on the CBC News website, Prime Minister Justin Trudeau's Liberals and Erin O'Toole's Conservatives are running neck and neck, with Jagmeet Singh's NDP in third place.  It is unlikely that any party will form a majority government. It appears that the result will be a Liberal minority or a Conservative minority. The seat count favours the Liberals. So, unless something unforeseen happens before the election, we will be left with another minority government.  We'll go to the polls again in about two years if the Liberals form the government, even sooner if the Conservatives come to power.  The NDP may prop up a Liberal government for a while, but it is doubtful that they will support O'Toole's right wing policies.  The Bloc Quebecois is the wild card.
Many Canadians, including myself, are not pleased about an election during a pandemic,  Frankly, I don't think Trudeau has satisfactorily explained the necessity for this election.  He has been accused by the other parties of being opportunistic, of calling a snap election in the hope of getting away with a majority.  Nevertheless, I still prefer a Liberal or NDP government to a Conservative one led by Erin O'Toole.  For me, the biggest issues are climate change, the pandemic, the economy and economic inequality, health care, poverty. housing and education.  I prefer the Liberal and NDP approach to those issues over the Conservative approach.  I believe that the very wealthy should pay their fair share of taxes, as should Amazon and Facebook.  I don't trust Erin O'Toole or his party to take appropriate measures to combat climate change.  O'Toole is wishy-washy about mask mandates to protect against COVID-19.  He will not do enough to support public health care and gun control either.  In fact, he wanted to reverse the ban on automatic weapons.  He changed course when his view was met by much opposition.
What concerns me is that Maxime Bernier's People's Party of Canada currently has 6.5 per cent of the popular vote, according to the CBC poll tracker.  That is more than the Green Party, which has 3.6 per cent.  The People's Party is unkely to win any seats in the House of Commons, thank goodness, but I find it disconcerting that a party with such an odious platform has that high a level of support in this country.  Bernier has fashioned himself as some kind of Trump North.  It's scary to think that he almost won the leadership of the formerly "Progressive" Conservative Party of Canada.
I am also disgusted that rocks and gravel were thrown at Justin Trudeau at a London, Ontario campaign stop.  That kind of behaviour has no place in Canadian politics.  It is not surprising that Shane Marshall, 25, a former PPC riding official has been arrested and charged with assault with a weapon.
With a week left until the election of 2021, it doesn't seem that much will change in the Canadian political landscape.  Unfortunately, voter turnout will probably be low, and that could favour the Tories.  I never say never because anything can happen.  As the former prime minister of the United Kingdom, Harold Wilson, once observed, "A week is a long time in politics."  Yet, if Canada ends up with another minority Liberal government, Justin Trudeau may wonder if it was all for naught and that he should have waited longer before sending Canadians to the polls.  He may regret his decision, although the deed has already been done.  He's probably regretting it already.
It's also worth mentioning that minority governments tend to achieve more than majority governments. The prime minister is forced to take into consideration the views and policies of the other parties.  This prevents him or her from becoming too arrogant.
- Joanne
Posted by Joanne at 3:13 PM 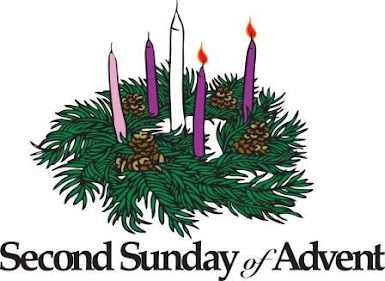