Meditations at Home During the Pandemic #5 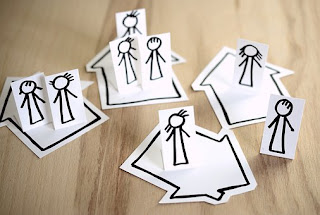 This is the fifth in a series of reflections while I am at home during the COVID-19 pandemic.

Hello to readers from around the world.  Greetings again from Toronto, Canada.  It is June 11, 2020 and I have been at home for over three months now.  I am pleased to report that I finally saw my mother earlier this week.  A tiny gathering of my immediate family gathered in a sibling's backyard to be with her.  We followed government regulations and remained two metres (six feet) apart.  Although I had to keep my distance, it was wonderful to see her.  It was, of course, a wonderful experience for her too, and the first time she had left her condo since mid-March.  She enjoyed the sunshine and being outside.

Here in my home province of Ontario, some restrictions have been lifted in many areas.  A significant number of businesses, including restaurants, malls and hair salons, have been allowed to reopen. but not in the Greater Toronto Area (GTA), where I live. The GTA has been hit harder than anywhere else in the province.  People are still fearful.  Some shops are open, including ones providing essential services and street-front stores.  Restaurants remain closed, except for take-outs, and hair salons and barber shops are also closed.  My husband and I try to avoid going into stores, but sometimes there is no choice.  When we do enter a shop, we feel uncomfortable and awkward, as we try to keep our distance from other people.  We can't wait to get out.  We leave as soon as we can, so there often isn't time to shop as thoroughly as we would like.

I have never lived through a period of such uncertainly and human suffering in my life.  In that respect, I have been very fortunate.  Still, I was completely unprepared for this pandemic and for the impact it has had on all our lives.  In fact, much of the world was not ready for a disaster of such epic proportions  There were warnings, but many countries did not take them seriously.  They did not begin testing and lock-downs soon enough.  The ones that did, have fared much better.  Others have suffered the consequences.

Here in Ontario, the biggest problem is the spread of the virus to the elderly and to healthcare workers in nursing homes.  In fact, on May 7, the Toronto Star reported that 82 per cent of Canada's COVID-19 deaths had taken place in long-term care.  Some absolutely appalling conditions have been uncovered in Ontario's long term facilities.  The situation is going to be investigated, but it never should have happened in the first place.  After analyzing data, The Star also found that Ontario's for-profit nursing homes had significantly higher rates of COVID-19 and 17 per cent fewer workers.  The tragedy is that so many health care workers were so poorly paid that they sought employment in more than one facility, putting themselves and others at risk.

I look at what's happening south of the border in the USA, and I am deeply disturbed.  In the midst of this nightmarish pandemic, Americans are dealing with a serious racial crisis.  Meanwhile, their leader doesn't have the slightest idea how to deal with all the upheaval, except to tweet "Law and Order" in screaming capital letters.  That's a laugh because this president has engaged in criminal behaviour himself and many of his associates, such as Paul Manafort and Michael Flynn, have received prison sentences.  The only reason Donald Trump is not behind bars is that he is a sitting president and has behaved as if he is above the law.  Richard Nixon was also a self-proclaimed law and order president.  Remember how lawful he was?

Trump shows no empathy and seems completely oblivious to the suffering of the people.  He continues to lie and spout misinformation.  He endorses outlandish conspiracy theories and unproven, dangerous treatments for the virus.  Yet, his cult-like supporters follow him blindly and do his bidding, as do most prominent Republicans.  I sit here in on my perch in Canada feeling truly amazed and perplexed.  What hold does this 73-year-old former reality show host have on prominent Republicans?  Why are they so afraid of him?  Why won't they call him out?  In an unprecedented crisis, why won't they put their country and humanity ahead of their partisan and personal interests? Why won't they declare that the emperor has no clothes?  Isn't this president a coward inside, as all bullies are?

I still don't understand how Donald Trump wasn't obliged to withdraw his candidacy for president in 2016 when he was caught on videotape making thoroughly reprehensible comments about women.  While filming a segment of Access Hollywood,  he bragged about groping females, among other vulgar remarks.  Those lewd utterances should have eliminated him from the presidential race, but they didn't.  He somehow got away with it.  He just dismissed his misogynist rantings as "locker room talk."  Of course, there was no apology, because Trump never apologies.  He believes he should never admit to a mistake or be seen to lose.

In 1988, Colorado senator Gary Hart, the front runner for the Democratic presidential nomination, withdrew his candidacy over allegations of an extra-marital affair, especially after the National Enquirer published a cozy photo of him and the woman involved. Why didn't Donald Trump have to do the.same?  Trump's had numerous women accuse him of sexual misconduct, and his former lawyer, Michael Cohen, produced concrete evidence that Trump tried to cover-up the infamous Stormy Daniels scandal with a hush money payment.

The U.S. Republican Party is no longer the party of Abraham Lincoln, Theodore Roosevelt,, Dwight D. Eisenhower or even George W. Bush.  It is The Trump Party, upon which Donald Trump has stamped his loathsome brand.  Unfortunately, the president is supported by such shameful sycophants as Mitch McConnell and Lindsay Graham.  How they can sustain a man who will take no criticism and accept no advice is beyond me.  Trump just fires anyone who disagrees with him, or refuses to do his bidding.  Their replacements are always lackeys who will not hesitate to do the boss's bidding, such as Bill Barr.  Barr acts as Trump's defence lawyer, not America's Attorney General.

If a free and fair presidential election  were held right now, Joe Biden would win handily.  However, no one can predict what will happen between now and November 3rd.  Donald Trump is a loose canon.  He may be capable of anything if desperate enough, and he is becoming increasingly desperate.  You can be sure that Republicans will do everything possible to suppress voter participation.  They won't hesitate to undermine the American democratic process because they know that they have a better chance of being elected if fewer people exercise their right to vote, especially African-Americans, young people and women.  Trump has already railed against mail-in voting.  He would rather have voters wait in long lines and spread COVID-19, as long as he gets re-elected and doesn't have to face prison time.

How and why does Donald Trump continue to get away with it?  Is he Houdini or the Roadrunner? This unstable man in the White House continues to reap hatred and discord.  He is truly The Great Divider.  Here in Canada, he is extremely unpopular, as he is in most of the rest of the world.  I have a difficult time understanding the mentality of Trump's base of racist, gun-loving, extreme right-wing supporters.  Under the leadership of this president, the United States of America finds itself in its most perilous situation since the attack on Pearl Harbor.  The American Civil War supposedly ended in 1865. but it seems to be still raging in 2020.  Some Americans refuse to acknowledge that the Confederacy has been defeated.  There is civil and racial unrest in the midst of a a terrible pandemic.  Police reform, national unity an d healing are urgently needed.  However, the man in the White House will have none of it.  He blames the victims and interferes with peaceful protest and First Amendment rights.

America is in chaos and its president is incapable of dealing with the COVID crisis or the racial unrest.  The George Floyd protesters should also be demanding Donald Trump's resignation because he is completely incompetent and people are dying.  Although I can't vote in the American election, its outcome greatly affects Canada and the rest of the world.  I hope and pray that Trump will not be given four more years to wreak havoc in America and around the globe.  Democracy in the United States is in serious jeopardy.  It will only survive and prosper if Americans want to preserve it badly enough.  To show they care, they must do everything in their power to vote in November and insist on mail-in ballots.

In the midst of all this uncertainly, one thing is certain besides death and taxes.  It's that I will never forget the year 2020.  This explosive year is not even half over yet.  Who knows what's ahead, but right now I could do with fewer surprises.  Wherever you are in the world, stay safe and take care.