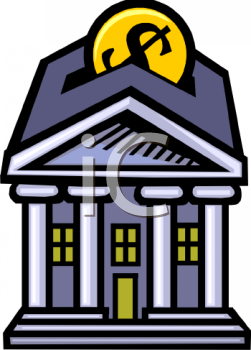 Scotiabank is richer than you think.  The Bank of Nova Scotia, as it is formally known, made a record net profit of $6.7 billion in the fiscal year that ended October 31, 2013.  Yet, earlier this month, it cut 1,500 jobs worldwide, about 1,000 of them in Canada?

The bank also plans to close or downsize about 120 branches in its international banking division. Scotiabank is  restructuring, you understand.  Well, let's call a spade a spade.  The truth is that words such as "restructuring" and "reorganizing" are convenient euphemisms for layoffs and firings.

You can bet your bottom dollar that none of Scotiabank's highest paid executives will see a decrease in their salary or lose their jobs.

A spokesperson for the Bank of Montreal issued the following statement to CBC News.

That number reflects reductions due to a combination [of] productivity initiatives, attrition and a decline in part-time work hours due to seasonal fluctuations,"

BMO's chief operating officer, Frank Techar, defended the move during a conference call to discuss the bank's fourth quarter results.  He argued that the cuts were necessary to decrease expenses and to make banking operations more efficient.   Techar stated that the total reductions were "full-time equivalent" positions (jobs that are calculated on an average work week and which can include part-time positions).  "We did see a big reduction in head count," Techar admitted to analysts.  He actually conceded that the Bank of Montreal laid off too many employees at one time.  Here are his exact words as quoted by the CBC:

For the quarter we overshot a little bit.  We do have some outstanding vacancies that I would expect will fill as we go into the first quarter.

Those were comforting words for the employees who lost their jobs, weren't they?  By the way, in BMO's 2013 earnings report, the bank announced its full-year profit hit a record of $4.2 billion. In addition, the bank increased its dividend by two cents per quarter.

The Royal Bank of Canada, the country's largest bank, has also recently gotten into the act.  On Friday, November 21, 2014 (just before the weekend - How convenient!), RBC announced its plans to close down its international client-wealth management business in the Caribbean, along with some international advisory businesses in Canada and the United States.  The Financial Post reported that the cuts could involve about 300 employees, including many brokers and private bankers located in Toronto and Montreal.

Ed Clark, who recently stepped down as head of TD Canada Trust,was asked if bank CEOs are paid too much.  His answers was an unequivocal "yes."  In an interview on CBC's The Exchange with Amanda Lang,  He candidly admitted that he was paid to much and that he makes up for it by giving back.  His personal solution is to "give money to people who need it more than you do."

Clark, who does seem to have a social conscience, contributes greatly to Egale, a crisis counselling centre for the homeless in downtown Toronto.. That's all very noble and to his credit, but how does it help bank employees who have lost their jobs?  How does it bridge the growing gap between the haves and have-nots in our society?  Donating to charities is fine, but it will not solve the problem of poverty.  Improved social services are needed.

Clark told Amanda Lang that he hasn't found a way to deal with the disparity between average incomes and executive salaries at TD Canada Trust.  "If you said if I could remake the world would I have a narrower income distribution, I would,” he declared."  And as you know, I’d love to try to figure out how to do that singlehandedly, but you can't, because if I do it for myself do I do it for the next level? At what point are you no longer paying market rates?”

I don't buy his explanation.  Where there's a will, there's a way.  I believe banks could find a solution to the problem if thy really wanted to.  It seems that they don't really want to.  Could the reason be greed?