Boy, were they wrong!: Some really bad predictions

Rugged Hollywood leading man Gary Cooper turned down the role of Rhett Butler in the epic 1939 film version of Margaret Mitchell's Gone with the Wind.  Cooper was quoted as saying that the film was going to be the biggest flop in Hollywood history and that he was glad it would be Clark Gable falling flat on his nose rather than himself.

Here is how the New Georgia Encyclopedia describes the success of the motion picture Gone with the Wind.

It remains one of the most popular and commercially successful films ever made. Its main theme, from the Max Steiner score, is recognized throughout the world. In its use of color, scene design, and cinematography, it set new standards. The film won eight Academy Awards, more than any film up to that time.

Note: Although Clark Gable was nominated for an Oscar for his role as Rhett Butler, English actor Robert Donat won the Academy Award for Best Actor for his performance in Goodbye, Mr. Chips.

One should be particular cautious in making predictions involving technology.  Thomas J. Watson, Chairman and CEO of International Business Machines (IBM) from 1914-1956, has been mistakenly quoted as saying, ""I think there is a world market for maybe five computers."  Although this quote, often dated to 1943, has been falsely attributed to Watson, it is most likely a corruption of a comment by Howard H. Aiken, a pioneer in the field of computer science.  Aiken, an American, once remarked that four of five computers could meet all of the United Kingdom's computer needs.

Mick Jagger of The Rolling Stones turned 70 years old on July 26, 2013.  On June 9, 1975, when Jagger was 31, People magazine published an article entitled "The Jaggers" which included the following statement about the singer's future.

Jagger and the Stones have endured at the top longer than any other rock band, but as for the future, Jagger admits that it could all suddenly end. “I only meant to do it for two years. I guess the band would just disperse one day and say goodbye. I would continue to write and sing, but I’d rather be dead than sing Satisfaction when I’m 45.”

Jagger, the septuagenarian, is still rockin' and still singing about getting no satisfaction.

The great Fred Astaire, who died on June 22, 1987 at the age of 88, was one of the most accomplished dancers of all time. When Astaire did a screen test, however, the studio executive evaluated his talent with these words.

That's a little off the mark, don't you think?

Margaret Thatcher, who died on April 8, 2013 at the age of 87, was the longest-serving British Prime Minister of the 20th century and remains the only woman to have held that office.  In 1969, upon her appointment as Shadow Education Spokeman, Thatcher gave an interview to the Sunday Telegraph of London (October 26, 1969).  In the interview, she made the following prediction.

In 1975, Mrs. Thatcher defeated Edward Heath in the election for the leadership of the Britain's Conservative Party, becoming Leader of the Opposition and the first woman to lead a major political party in the United Kingdom.  The Conservatives won the general election of 1979 and Thatcher was sworn in as Britain's first female Prime Minister on March 4, 1979.  She held that office, an office she had once claimed she didn't want, until November 28, 1990.


A mere three days before the devastating stock market crash in October 1929, prominent Yale University economist Irving Fisher declared, "Stocks have reached what looks like a permanently high plateau."  That Wall Steet crash, of course, ushered in the Great Depression and untold misery.  Fisher, one of the earliest American neo-classical economists, later attributed the Depression to debt deflation or falling prices (the theory that recessions and depressions are caused by a combination of increasing debt and over-spending). Irving Fisher died on April 29, 1947 in New York City.  He was 80 at the time of his passing.  The late conservative economist Milton Friedman (1912-2006) praised Fisher's theories.

On New Year's Day, 1962, The Beatles auditioned for Decca Records at their studios in West Hamstead, north London, England (Pete Best, the group's drummer at the time of the audition, was replaced by Ringo Starr in August of that same year).  A Decca executive, Dick Rowe, rejected the four lads from Liverpool, telling their manager, Brian Epstein, that the group had no future.  He said that four-piece groups, especially with guitars, were on the way out.  Decca decided to turn down the Beatles in favour of Brian Poole and the Tremeloes, another British group based in London.  The Beatles eventually signed with Capitol Records and the rest is history.

Rowe later said that both groups were good but Decca decided to sign Poole and the Tremeloes because they were a local group while The Beatles were based in Liverpool.  According to Rowe, Decca felt it was more convenient to choose the local group.


Here's a bad prediction that really resonates with Canadians.  When the city of Montreal won the right to host the 1976 Summer Olympics, Mayor Jean Drapeau proclaimed that "the Montreal Olympics can no more have a deficit than a man can have a baby."  Drapeau remained mayor until 1986 but those words haunted him until his death on August 12, 1999.  It wasn't until November of 2006. some 30 years after the event was held, that the cost of the Olympic Stadium (the Big O) , known derisively as the "Big Owe," was paid off.  The final tally for the stadium and the structures in the Olympic Park was a whopping $1.47 billion 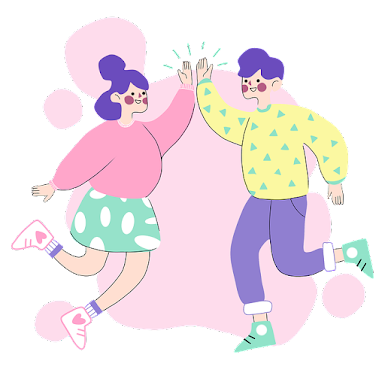