In Praise of Teachers 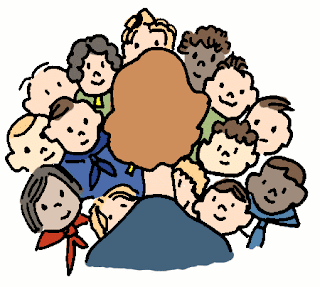 A  teacher affects eternity; he can never tell where his influence stops.


Teaching is a noble profession and yet those who practice it are often maligned.  They are criticized for having too many holidays, for not working hard enough and for their salaries and pensions.  There are bad teachers, of course, as there are in any occupation, but the miscreants and incompetents should not be allowed to tarnish the reputation of an entire profession.

Yes, teachers in Canada and the United States have holidays at Christmastime, spring break and in the summer - as they should.  Teachers are expected to update themselves.  They take courses to keep up with new teaching methods and new technology.  They also have a life outside of the classroom and family responsibilities.  As for students, they also need some time off and many have part-time jobs after school or in the summer.

The vast majority of teachers are dedicated and diligent.  They sincerely care about their students and want them to learn.  It must be emphasized that a teacher's work day does not end when classes finish.  Unlike some workers, they cannot just go home and leave their work behind.  They have to prepare tomorrow's lessons.  They have papers to grade and parents to contact.

It isn't easy to face a classroom of children or adolescents, some who are rude and disrespectful.  It isn't easy to deal with demanding parents, youthful rebelliousness, apathy, substance abuse, bullying and teenage angst - and those are just some of the issues teachers must face in modern society.

The impact of a teacher on a student can be enormous and powerful.  A good teacher can change the direction of a student's life.  He or she can provide that human connection.  Unfortunately, however, this is being threatened by technological advances and the proliferation of online education.

I am not a Luddite.  It is unrealistic to think that the tide of technological progress can be halted or turned back.  Computers and the Internet are not going to go away.  Nevertheless, I firmly believe that the human connection should never be eliminated.  Bill Gates, a man who knows a thing or two about technology, had this to say about teachers and technology:

Technology is just a tool.  In terms of getting the kids working together and motivating them, the teacher is the most important.


Mr. Gates is right.  Technology is just a tool, albeit an important one.  It is the teacher is who motivates and inspires.  A computer cannot do that.  A computer cannot be a true mentor simply because it is not a human being.  An image on a screen or a robot does not have the capacity to provide that personal touch or the individual attention in the manner as a live teacher in the flesh.

A great teacher is an unforgettable treasure whose influence will forever remain with a student. Some of that greatness will be transferred to others and will sometimes be passed on from generation to generation.   In Ancient Greece, Socrates was Plato's mentor and he imparted great wisdom to his pupil.   Plato then taught Aristotle.  Aristotle, in turn, became a magnificent philosopher and a polymath who tutored Alexander the Great.  In the 4th century, B.C., he taught the child Alexander for three years at a school in Mieza, an Ancient Macedon village  Aristotle was hired by Alexander's father, Philip II of Macedon.  In return, Philip agreed to rebuild Aristotle's hometown of Stagira and to free its citizens.

Let me conclude with a definition of a great teacher by operatic soprano, Maria Callas,