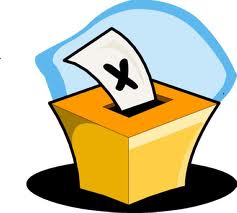 To my American readers:

Tomorrow is election day in the United States and this interminably long presidential campaign will mercifully come to an end.  If you are still undecided, you are going to have to make a decision soon.  The choice is clear.  President Barack Obama deserves to be re-elected and here are some logical reasons why he has earned a second term in office.  Before you go to the polls, I urge you to read them carefully and reflect on them.  I also implore you to pass this on to other undecided voters.

1.  President Obama rescued the American auto industry, saving more than one million jobs.
Although he now denies it, Mitt Romney, a native of Michigan, would have left the industry high and dry.  In 2008, Romney argued against the bailout of the auto industry in an article entitled "Let Detroit Go Bankrupt."  It's been over three years since the Obama administration bailed out General Motors and Chrysler and U.S. auto sales and profits are rising   The industry is hiring again.  Suddenly Mitt Romney thinks he deserves credit for the turnaround.

According to an article posted by CNNMoney, it is true, as Romney asserts, that the 2009 bankruptcy reorganizations of the automakers was instrumental in the improvement of their fortunes, allowing them to shed debts, workers and plants they could no longer afford.  Yet, Van Conway, CEO of Conway MacKenzie, a Detroit restructuring firm, argues that the billions of dollars of federal bailout expedited the bankruptcy process enormously.  It was done in about two months, sooner than many thought possible. It's a good thing President Obama did not take Romney's advice.

2.  "Obamacare" has provided assistance for 5.6 million seniors and people with disabilities who can better afford the cost of prescription drugs.  17 million children with pre-existing conditions will receive coverage.
Mitt Romney has declared that if elected, he will repeal "Obamacare" (the Affordable Care Act) on his first day in office.  This is the same Mitt Romney who introduced a similar health plan in Massachusetts when he served as governor of that state.  Don't let Tea Party types scare you into believing that the Affordable Care Act is some kind of radical socialism or a complete government takeover of healthcare.  It is nothing of the sort.

"Obamacare" forces employers to cover preventive health care for women such as breast cancer screening.  These are preventive measures that save the lives of women and save money in the long run.

3.  President Obama has fought hard to get woman equal pay for work of equal value.
This is simple justice.  That's why, just days after assuming office, Obama signed the Lilly Ledbetter Fair Pay Act to prevent pay discrimination in the workplace.  It was the first bill he signed into law.

According to Ed Gillespie, a top adviser to Mitt Romney, the Republican candidate has no plans to get rid of it, now that it has passed.  Romney did not, however, support the bill while it made its way through Congress.  Gillespie told The Huffington Post that Romney "was opposed to it at the time" but "would not repeal it."  Romney's running mate, Paul Ryan, voted against the bill.

4.  The American economy is on the road to recovery.
In 2008, after almost eight years of the policies of George W. Bush, the American economy went into a tailspin and a disastrous recession ensued.  This happened before President Obama took the oath of office in January of 2009.  A mess like that can not be cleaned up overnight.  It takes years but Obama is making it happen even though Republicans blocked his American Jobs Act.  Under the Obama administration, there has been 32 straight months of job growth and 5.4 million private sector jobs have been added to the labour force.

5. President Obama increased funding for Pell Grants and established a college tax credit which helped more than 9 million students and families save money for tuition last year.
Obama doubled funding for Pell Grants by increasing the maximum grant from $4,731 to $5,550, but reduced eligibility for the grants.  Last summer, he endorsed an extension of low interest rates on subsidized student loans.  Mitt Romney supports Paul Ryan's budget which would cut Pell Grant spending by capping the maximum grant and reducing eligibility.  Romney has stated that he would not expand the amount of federal money to students paying for college, nor would he be willing to cancel student debt.

In April of 2012, Romney advised students at Ohio University to borrow money from their parents if they need to start a business.  How out of touch can the man be!  He doesn't realize that many parents are struggling themselves and that not all parents have money to lend their offspring.

6.  Barack Obama has passed Wall Street reform to ensure that consumers are able to hold big banks accountable.
On July 22, 2010, President Obama signed the Dodd-Frank Bill, allowing the U.S. financial system to be more transparent and accountable.  Unfettered and unregulated capitalism leads to disasters such as the severe economic downturn of 2007-09 in which millions of jobs were lost, businesses failed and homes were foreclosed.  Regulation is needed or Wall Street will run amok.  Here in Canada, we were not hit as hard by the recession because our financial institutions were better-regulated.

7.  President Obama plans to limit reductions and repeal tax cuts for families making over $250,000 per year.
Those making over $250,000 a year do not need tax cut.  Tax cuts to the wealthy are not necessary and will only increase the deficit further.  Mitt Romney claims that he will be able to balance the budget in eight to ten years.  No non-partisan study, however, has been able to confirm that Romney would be able to  implement his revenue-neutral tax plan without raising taxes on the middle class.

Mitt Romney would reverse defence spending cuts, and as Obama has pointed out, give the Pentagon money it doesn't need and hasn't requested.  Romney's military spending would increase the deficit further.


As a Canadian, I don't have a vote tomorrow.  The outcome of this election, however, is of great consequence to Canada and the world.  It's in your hands.