Some thoughts on Earth Day

Let me enjoy the earth no less
Because the all-enacting Might
That fashioned forth it loveliness
Had other aims than my delight.


Today is Earth Day and for those who care about the environment, these are discouraging time.  Right wing governments such as Stephen Harper's here in Canada and rabid Republicans in the United States are doing  their best to scuttle most of the protective measures on the environment.  Yet, we have to keep trying to protect our home planet.  We owe it to ourselves and to future generations.  Every day should be Earth Day.


Why should I care about future generations?  What have they ever done for me?


There would be very little point in my exhausting myself and other conservationists themselves in trying to protect animals and habitats if we weren't at the same time raising young people to be better stewards.


We do not inherit the earth from our ancestors.  We borrow it from our children. 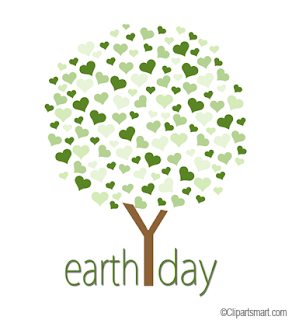 I wish the term "tree hugger" didn't have such a negative connotation.  It is often used in a derogatory, condescending and patronizing way.  Why should caring about the environment be ridiculed?  It should be lauded.  Being called a "tree hugger" should be regarded as a badge of honour.


When one tugs at a single thing in nature, he finds it attached to the rest of the world.


Now there is one outstandingly important fact regarding Spaceship Earth, and that is that no instruction book came with it.


And this our life, exempt from public haunt,
Finds tongues in trees, books in the running brooks,
Sermons in stones, and good in everything

- William Shakespeare
From Ass You Like It, Act 2, Scene 1


The earth does not argue,
Is not pathetic, has no arrangements,
Does not scream, haste, persuade,
threaten, promise,
Makes no discrimination, has no
conceivable failures,
Closes nothing, refuses nothing,
shuts none out.


Suburbia is where the developer bulldozes out the trees, then names streets after them.