Where do people live the longest? Reflections on age and longevity 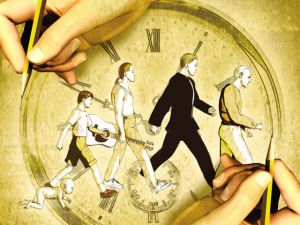 We turn not older with years, but newer every day.

Japan has the highest life expectancy in the world according to a recent study conducted by the department of Global Health Policy at the University of Tokyo.  The results of the study appeared in Lancet, the highly respected British medical journal.  Several factors, such as an increase in female literacy in the ealy 20th century, were cited as reasons for the improvement in child survival rates.

The report found that a Japanese child born within the last few years will live to an average of 86 years of age.  It attributed this longevity to several factors including universal health care, better education and a healthy lifestyle.  It credited government investment in public health during the 1950s and 1960s with lowering mortality rates for infectious diseases among children and adolescents.

The study also be noted that having certain drugs covered under health insurance lessened the number of deaths due to strokes, one of the major reasons for the continual increase in Japanese longevity after the mid-1960s.

Government investment in health care and education leads to beneficial results.  The results of this report should be required reading for those who want to cut and slash education spending and oppose public health care.

Rowan Atkinson, the British comedian who is best known for his portrayal of the bumbling Mr. Bean, announced that he is too old to play the character anymore.  Atkinson, who is 56 years old, said in an interview in Australia that he has a feeling that he probably won't play the part of Mr. Bean again.  "Never say never," he remarked, "but I just feel I'm getting too old for it.  I've always liked Mr. Bean as a cartoon-like figure, who doesn't really age much."  He added that he's always seen Mr. Bean as "an ageless and timeless being and I'm clearly not ageless and timeless."

As a fan of Rowan Atkinson and his Mr. Bean persona, it saddens me that he may never play that role again.  Yet, I realize he can't portray the Bean character forever.  The problem lies in determining how long an actor or athlete should continue performing.  Should they, as the poet Dylan Thomas put it, "rage against the dying of the light" of should they, as Kenny Rogers sang, "know when to fold 'em, know when to walk away?"

Many athletes continue way past their "best before" date  because they love their sport and they enjoy competition.  Even when they are past their prime, they still have a desire to compete.  Some are willing to adjust and make changes, if possible, to extend their careers.  In baseball, older pitchers become knuckleballers or closers.  Older position players assume the role of designated hitter.

Who has the right to tell star athletes how and when to retire?  I know that If I were an athlete, I'd want to finish my career in the same manner as baseball great Ted Williams.  Williams went out in a blaze of glory by hitting a home run in his final at-bat on September 28, 1960.  How's that for a grand finale?

Hockey's Lanny McDonald also ended his career in glory.  The Alberta native is considered a local hero in Calgary for leading the Calgary Flames to their one and only championship in 1989.  McDonald retired after hoisting the Stanley Cup and is a member of the Hockey Hall of Fame.

Entertainers can have much longer careers than athletes.  Singer Tony Bennett, born August 3, 1926, is still performing at the age of 85.   Mick Jagger of the Rolling Stones is still strutting on stage at 68.  Jagger, who was born on July 26, 1943, once famously remarked, "I'd rather be dead than singing 'Satisfaction' when I'm forty-five."  You certainly changed your mind about that, didn't you, Mick?

Paul McCartney and the late John Lennon composed a song that asked "Will you still need me, will you still feed me, When I'm Sixty-four?"  McCartney, born June 18, 1942, is now 69 years old.  In October of 2006, not long after he turned 64, the former Beatle remarked, "In one old people's home they changed the words of the song to 'When I'm 84' as they considered 64 to be young.  I might do that."


Some of the most prominent world leaders are septuagenarians and octogenarians.  Here is a list of them:


Here are some great quotations on the subject of age:

The man who works and is not bored is never old.


It's not the years, honey, it's the mileage.


Every man desires to live long; but no man would be old.


So much about age is relative.  Swiss tennis champion Roger Federer recently turned 30.  He was born August 8, 1981.  In the sport of tennis, Federe is a greybeard, a grizzled veteran.  There is always some up-and-coming 17-year-old ready to challenge.  If, however, Federer were a 30-year-old politician, he'd be considered a greenhorn, too young to be a national leader.