The Beauty of Quebec City

I have returned from historic Quebec City, truly a jewel in Canada's crown.  My sister-in-law lives there and I visit her every year.   I want to share some photos of this beautiful city with you.  Below is a photo of a wine and cheese bistro in the lower town that I really enjoy.  It's called Le Pape Georges.  We sat outdoors on the patio on a gorgeous June day. 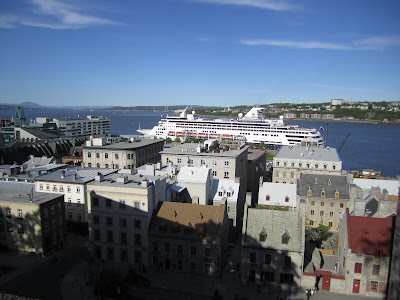 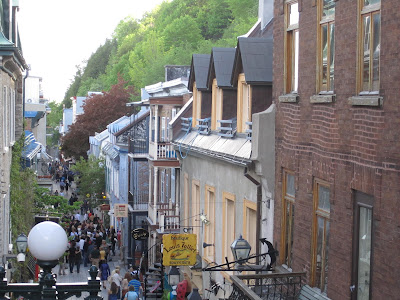 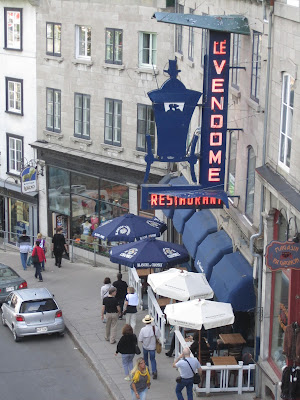 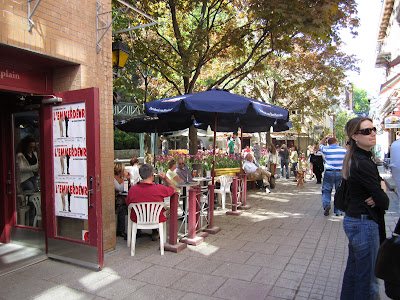 Some brief notes about Quebec City:

* There is a baseball team called Les Capitales de Quebec.  The Capitales belong to the Canadian-American Association of Professional Baseball, which is not affiliated with Major League Baseball.  They  play their games at Stade Municipal.  I've attended a few games there and I can tell you it's a lot of fun.  The fans are lively and they know how to have a good time.  If you are a baseball fan and you are visiting Quebec City, I suggest you go to a Capitales game.

And high and grey and serene above the morning lay the citadel of Quebec.  Is there any city in the world that stands so nobly as Quebec?


It is almost impossible to conceive of any urban vista more provocative of imaginative ecstasy, of the sense of magical gateways opening on an adventurous dream-world of exotic wonder, than a chance glimpse of one of these silver spires at the end of an ancient uphill or downhill street.

The Boston Bruins certainly embarrassed the Vancouver Canucks in the third game of the 2011 Stanley Cup final on Monday night in Beantown.  Boston humiliated the Canucks by a score of 8-1.  I am sad that the series turned so ugly with Aaron's Roman's hit on Nathan Horton.  Horton was carried off the ice on a stretcher and he is lost to the Bruins for the rest of the series. I sincerely hope that he will be okay.

After the incident, the Bruins scored goal after goal on Vancouver stopper Roberto Luongo.  If Boston keeps up this momentum, the Canucks will be in real trouble.  They have to cool down the Bruins by winning the next game in Boston.  Then they can return to the West Coast with a 3-1 lead in the series.