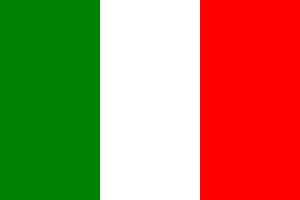 Italians have discovered America for the Americans; taught poetry, statesmanship, and the ruses of trade to the English; military art to the Germans; cuisine to the French; acting and ballet dancing to the Russians; and music to everybody.

- Luigi Barzini
From The Italians

Today is the national day of Italy.  In Italian, the celebration is called Festa della Repubblica and it commemorates the day when the Italian Republic was born.  On June 2, 1946, Italians were asked to decide which form of government they preferred for their country after World War II and the fall of Fascist regime of Benito Mussolini.  They chose a republican form of government.

Every June 2nd, there is a military parade through central Rome.  The gates of the official residence of the President of the Italian Republic are opened to the public for celebrations and concerts.  There is an abundance of cheeses, wines and other Italian delicacies.

My grandparents were hard-working immigrants from Sicily.  My maternal grandparents came from Ragusa, Sicily, and my paternal grandparents from a small town called Trabia, in the Province of Palermo.  Although I am first and foremost a Canadian, I will always be proud of my Italian heritage.  I have only been to Italy once, in the summer of 1996, but I certainly hope to make a return visit. 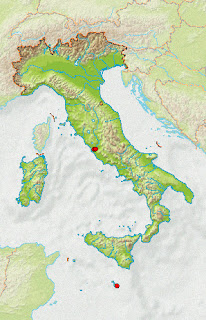 In honour of Italy's national day, Number 16 presents some interesting and thought-provoking quotations on Italy and Italians.


Lump the whole thing! say that the Creator made Italy from designs by Michel Angelo!


Italy, and the spring and first love all together should suffice to make the gloomiest person happy.


In Italy, for thirty years under the Borgias, they had warfare, terror, murder and bloodshed - but they produced Michelangelo, Leonardo Da Vinci and the Renaissance.  In Switzerland, they had brotherly love; five hundred years of democracy and peace, and what did that produce?  The cuckoo clock!

- Orson Welles, as the character Harry Lime in the Graham Greene film, The Third Man (1949)


Sign language is useful to the deaf but vital to the Italians.

Here is a list of items, particularly food items, which have been named after places in Italy.

Neapolitan ice cream (Naples) - Ice cream made up of blocks of chocolate, vanilla and strawberry ice cream and named in the 19th after the city of Naples (Napoli), where it was presumed to have originated

Roman candles (Rome) - Italy played a prominent role in the development of fireworks for celebratory purposes.

Parmesan cheese (Parma) - Parma, a city in the Emila-Romangna region of Italy is famous for its cheese, ham and architecture

Leghorn hens - a breed of chicken with origins in Tuscany, in central Italy, generally thought to come from  the city of Leghorn (Livorno),

What a week for hockey in Canada!  The NHL will return to Winnipeg and the Vancouver Canucks are facing the Boston Bruins in the Stanley Cup finals.  I'm so glad pro hockey is returning to the 'Peg.  It belongs there and I hope the team is a resounding success.  Gary Bettman isn't exactly thrilled about  the of the league's imminent return to the Manitoba capital.  CBC host George Stroumboulopoulos remarked that Betmann appeared as if he were delivering a.eulogy when he made the announcement.  Winnipeggers, however, and indeed all Manitobans, are extremely excited.  They really really want this team.

The Vancouver Canucks have taken a 1-0 lead against the Boston Bruins. Go Canucks Go!  They need three more wins in their quest for the Stanley Cup.

I am writing this from beautiful Quebec City where I will be for the next five days.

Email ThisBlogThis!Share to TwitterShare to FacebookShare to Pinterest
Labels: ounce