Brian Epstein: The Life and Times of The Beatles' Manager 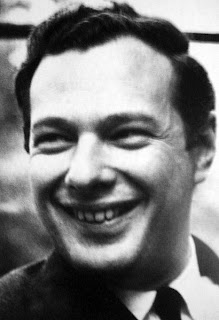 In a 1997 BBC interview, Paul McCartney said of Brian Epstein, "If anyone was the Fifth Beatle, it was Brian."  That's how integral Brian Epstein was to the success of The Beatles.  He was the man who advised the group.  It was he who influenced their style and the way they dressed.  Until his untimely death in 1967, Brian was the Beatles' manager and their friend.

Brian Samuel Epstein was born on September 19, 1934 in Liverpool, England.  He had a younger brother, Clive, who was born 22 month after him.  His parents, Harry and Malka Epstein, owned a furniture store on Liverpool's Walton Street.  The Epsteins later expanded their family business by purchasing the North End Music Store (known as NEMS) next door.

During World War II,  the family left Liverpool and moved to Southport.  They returned to Liverpool in 1945.  After being moved from boarding school to boarding school, young Brian spent two years at Wrekin College in Shopshire.  At 16. he wrote a letter to his father expressing his desire to be a dress designer.  Harry Epstein refused to support his elder son's ambition and Brian was sent to work at the family furniture store.  In December of 1952, when he was 18 years old, he was drafted into the army as a data entry clerk and was posted near Regent's Park in London.  Ten months later he was discharged after being determined emotionally and mentally unfit for military service.

In Brian Epstein's autobiography, A Cellarful of Noise, published in 1964, he claimed that he had impersonated a police officer.  It was later revealed that he had gotten a tailor to make him a police uniform which he had worn while cruising London bars.  After being arrested by the military police, he avoided a court martial  by agreeing to see a military psychiatrist. Brian confided his homosexuality to the psychiatrist.   Although his sexual orientation became well known to friends and business acquaintances, it was not revealed publicly until after his death.

In 1954, Brian Epstein returned to Liverpool and took charge of Claredon Furnishing, a branch of the family business.  Although a successful salesman, a restless Brian was searching for something else in his life.  He decided to try his hand at acting and persuaded his parents to let him train at the Royal Academy of Dramatic Arts (RADA).  He left RADA after only three terms, although he did have the opportunity to study with classmates such as Peter O'Toole, Albert Finney and Susannah York.

In 1955, at the age of 21, Brian was made a director of NEMS.  When Harry Epstein opened a new NEMS store on Great Charlotte Street in Liverpool, his son was given the responsibility of managing the main floor.  Under Brian's influence, the Great Charlotte Steet store began to sell gramophone records in addition to pianos and wireless radios.

The record department was such a resounding success that the shop became one of the largest and most popular music outlets in northern England.  Brian was then placed in charge of a new branch at 12-14 Whitechapel.  The Whitechapel shop was just around the corner from the Cavern Club where The Beatles played.  In August of 1961, a regular customer came looking for a record called "My Bonnie." by the Beatles and Brian became curious about the band.  When more youngsters came into the shop inquiring about The Beatles, Brian learned that the were performing nearby.

On Novermber 9, 1961, Epstein watched The Beatles perform a lunchtime concert at the Cavern Club, a dingy local spot where new bands booked gigs.  After the concert, he met with the group.  By January of 1962,, Epstein had become The Beatles' manager.  Despite his inexperience, they agreed to a five-year concract with him, giving him 25% of their gross income.

Brian attempted to change the image of The Beatles so that they would appeal to a larger audience.  When he had first watched the band perform at the Cavern Club, they wore leather jackets and blue jeans on stage.  As soon as he became their manager, he encouraged them to to dress more stylishly and he urged them to stop smoking in public.  John Lennon initially opposed the idea of wearing suits and ties.  He later said that he would "wear a bloody suit if someone's going to pay me."

Epstein also paid for The Beatles to record a demo at Decca studios.  Athough Decca was not interested in signing the band, Brian pesuaded George Martin to listen to the demo.  Martin, impressed by Epstein's enthusiasm and confidence, offered him a recording contract under EMI's Parlophone label.  By the autumn of 1963, Britain was awash in Beatlemania.

In November of 1963, Brian went to the United States and booked The Beatles on The Ed Sullivan Show.  He had to fight to get them top billing on the show.  The following year, The Beatles travelled to New York.  They made their first appearance on The Ed Sullivan Show on February 9, 1964.  The four mop-haired English lads took America by storm and the wave of Beatlemania continued to spread around the world.  The once obscure group from Liverpool was on its way to becoming what many consider to be the greatest band ever.

Although Brian is remembered as the manager of The Beatles, he managed several other artists including Gerry and the Pacemakers, Cilla Black, The Crykle and Billy J. Kramer and the Dakotas.  The name of his management company was NEMS Enterprises, after his family's music stores. Groups managed by NEMS were presented as opening acts for The Beatles.

On August 29. 1966, The Beatles played their last-ever (commercial) concert at Candlestick Park in San Francisco.  Almost a year later, Brian Epstein was found dead in his London home at the age of 32.  On August 27. 1967, Brian's housekeeper became concerned when she knocked on his bedroom door in the middle of the afternoon and received no response.  She alerted friends.  They broke into the room and found him dead.  An autopsy revealed that Brian died of an overdose of sleeping pills.  Although the death was ruled accidental, there has been much speculation that it was a suicide.

At the time of  Brian Epstein's passing, The Beatles were in Bangor, north Wales to meet with Indian guru Maharishi Mahesh Yogi and participate in a spiritual retreat.  Brian had been due to join them in Bangor for the conference of the International Meditation Society.  Upon hearing the news of Epstein's death, The Beatles were devastated.  Paul McCartney and his then-girlfriend, Jane Asher, returned to London in a chauffeur-driven car.

The other Beatles also returned home. They did not, however, attend Brian's funeral in order to avoid a media circus and fan frenzy.  They did, nevertheless, attend a memorial service for their manager at the New London Synagogue.  Brian Epstein was laid to rest at the Kirkdale Jewish Cemetery in Liverpool.

Brian had taken care of every aspect of The Beatles' business affairs.  After his death, their finances fell into disarray.  They went their separate ways in 1970.  It is interesting to note that in a 1970 interview with Rolling Stone, John Lennon remarked that Epstein's death meant the beginning of the end for The Beatles as a group.  He said, "I knew we were in trouble then . . ."

To watch a 1964 interview with Brian Epstein and Larry Kane, click on the link below.

To watch a video about the death of Brian Epstein, click on the link below.

It wasn't his field

The Vancouver Canucks are one game away from winning the Stanley Cup.  The Boston Bruins have home ice advantage tonight.  So far in this series, the home team has one every game.  This evening we will see if the Canucks can wrap it up and avoid a seventh game.

It was a discouraging weekend for fans of the Toronto Blue Jays.  It pains me to write this, but they were just pounded by the Boston Red  Sox.  The Jays lost to the Sox by a score of 4-1 on Friday night.  Saturday's game and Sunday's game were so one-sided, it was embarrassing.  I don't know how long Blue Jay fans will have to wait before this team is ready to contend, but after watching the team over the weekend, it's hard to be encouraged.