I'm back from Erie, Pennsylvania.  On Friday, I took a water taxi to Presque Ilse State Park.  It is quite picturesque as there is a wooded area and a beach there. The park is located on a sandy peninsula that juts into Lake Erie.

I did some shopping at Macy's on Saturday afternoon.  Saturday evening was cool  and rainy.  We went to the ractrack/casino in Erie.  It is called Presque Ilse Downs.  On our return home on Sunday, we had a very easy time crossing over the border.  The customs officer just asked everyone on the bus to hold up their passports.  Then he inquired if anyone in our group wasn't Canadian.  Finally, he wanted to know if anyone was carrrying an illegal weapon.  That was it.


Here are some photos from Presque Isle Park. 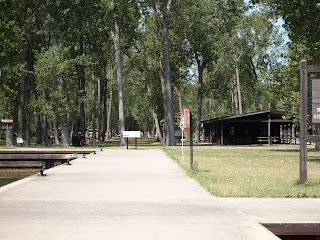 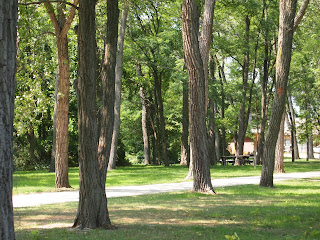 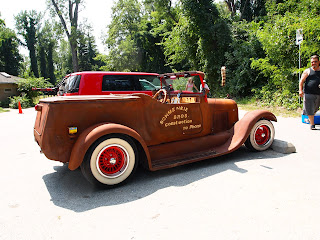 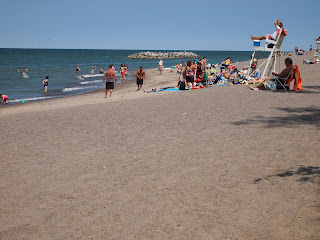 To my absolute delight, the Blue Jays trounced the Boston Red Sox at Fenway Park on Saturday night.  The lopsided score was 16-2 in favour of the Jays.  Did  I crow about that one.  You bet I dud.  By the way, Jose Bautista hit his 38th home run.  Saturday It wasn't a perfect night for Toronto teams.  The Argos lost to the Hamilton Tiger-Cats by a score of 16-12.

On Sunday, the Jays lost 5-0 to the Red Sox.  The game was delayed twice due to the rainy weather in Beantown.