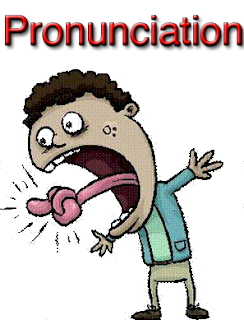 Why do people mispronounce words?  The main reason is that some words do not roll off the tongue easily when they are pronounced properly.  Other word confuse people and some do not follow a similar pattern of pronunciation.  Here are some examples of words that are often mispronounced.

LIBRARY AND FEBRUARY:  People seem to have difficulty with the "br" sound in those words.  They frequently don't pronounce the "r" sound when it comes after a "b".  "Library is often mispronounced as "liberry."  "February" is one of the most commonly mispronounced words in the English language because the "r" is so frequently dropped.  It is Feb-roo-ary NOT Feb-yoo-ary

NUCLEAR:  "Nuclear" should be pronounced "noo-clee-ur" NOT "nucular."  However, some think it should follow the pronunciation pattern  of words such as "particular."  Former U.S. presidents Dwight D. Eisenhower, Jimmy Carter, Bill Clinton and George W. Bush, as well as former U.S. vice-president Walter Mondale, used the incorrect pronunciation of the word.  So, why is "nuclear" so commonly mispronounced?  Here is the reason, according to Peter Sokolowki, Merriam-Webster Dictionary editor:

"There are lots of words, some of them very common words, that have the pattern we have in \ˈnü-kyə-lər.  Words like muscular, popular, circular, regular, molecular, and cellular.  But the phonetic pattern for nuclear only shows up in pretty rarely heard words, the medical terms cochlear and trochlear.  We simply hear one more frequently than we hear the other.  And by analogy, more people gravitate toward the more common sound."

In his 1999 book, The Big Beastly Book of Mispronunciations, author and logophile Charles Harrington argues that "Molecular comes from molecule, and particular comes from particle, but there is no nucule to support nucular."

OFTEN:  The word "often" should really be pronounced with a silent "t" as in listen, glisten, hasten and chasten.  However, the "t" is so frequently pronounced that some dictionaries accept it.

ESPRESSO: "Espresso" is a coffee making-method of Italian origin.  The word is commonly mispronounced as "expresso."  People think of "express," not taking into account that the word is Italian.

ATHLETE AND VETERAN:  In her November 19, 2012 posting on The Crabby Copywriter, editor and  proofreader Diane Falkner writes "Have you ever noticed that people who cannot pronounce 'athlete' typically cannot pronounce 'veteran?'  This seems especially true of anyone in the media, more so when the speaker is a sports broadcaster."

For some reason, people commonly pronounce the word "athlete" with an extra syllable.  However, there are only two syllables in athlete, not three.  It is "ath'-lete" NOT "ath-uh-lete."  The word "veteran," on the other hand, should be pronounced with three syllables, not two.  It is "vet-'er-an" NOT "veh'-trun."

FLAUTIST,  FLUTIST:  A "flautist" (FLOU-tist) OR "flutist" is one who plays the flute.  "Flautist" is the preferred term in British English.  Both terms are used in American English, but "flutist" is by far the more popular choice.