"My Country, Right or Wrong": Thoughts on Blind Loyalty 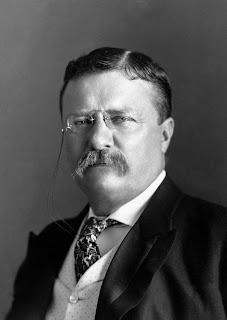 "The President is merely the most important among a large number of public servants. He should be supported or opposed exactly to the degree which is warranted by his good conduct or bad conduct, his efficiency or inefficiency in rendering loyal, able, and disinterested service to the nation as a whole. Therefore it is absolutely necessary that there should be full liberty to tell the truth about his acts, and this means that it is exactly as necessary to blame him when he does wrong as to praise him when he does right. Any other attitude in an American citizen is both base and servile. To announce that there must be no criticism of the President, or that we are to stand by the President, right or wrong, is not only unpatriotic and servile, but is morally treasonable to the American public. Nothing but the truth should be spoken about him or any one else. But it is even more important to tell the truth, pleasant or unpleasant, about him than about any one else.”

- Theodore Roosevelt, 26th President of the United States
From a letter by Roosevelt, written in May 1918 and published in The Kansas City Star (as quoted in The Nation at War by James Scherer). 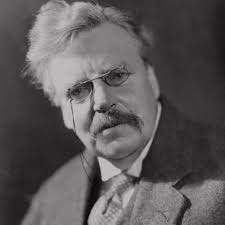 "'My country, right or wrong' is a thing no patriot would think of saying except in a desperate case,  It is like saying 'My mother, drunk or sober."'

"Burt you know as well as I, patriotism is a word; and one that generally comes to mean either my country, right or wrong, which is infamous, or my country is always right, which is imbecile."

The day after Donald Trump's infamous July 17, 2019 rally in North Carolina, when Trump stirred up hatred against four progressive Democratic congresswomen (all women of colour, all American citizens), U.S. Senator Lindsey Graham made the following comment to reporters.

“for President Trump, if you embrace his policies, doesn’t matter where you come from, he probably likes you.”
'
- Senator Lindsey Graham (Republican, South Carolina)

There is some truth in what Senator Graham's said regarding Donald Trump.  As long as you agree with the president and wears a red MAGA hat, you are a patriotic American.  However, if your skin is brown or black and if you do not agree with the president's policies, if you are (horrors) a card-carrying Democrat, then you are characterized is an enemy, an alien, a communist, "the other."  That's why there are few African-Americans or Latinos at Donald Trump's hate rallies.

As a Trump supporter and enabler, the senator is horribly misguided.  If he truly agrees with Trump's views on loyalty and patriotism, then he is not fit to be a member of the United States Senate.  He does not comprehend the essence of democratic dissent and free speech.

"My country, right or wrong" is the philosophy of the Archie Bunkers of this world.  That's why I subscribe to the words of Theodore Roosevelt, G.K. Chesterton and Patrick O'Brian.  I believe it is incumbent upon a true patriot to criticize his or her own country, to point out what is wrong and what can be improved.  The true patriot cannot sit back and allow injustice to happen without protesting.  It is a civic duty and a responsibility.  I also believe it is dangerous and undemocratic to equate loyalty to one's country with loyalty to one's leader.  That is exactly what the dictators and authoritarian strongmen do.  That's the reason why Donald Trump admires Kim Jong-un and Vladimir Putin so greatly.  They don't have to tolerate criticism.  They can do what they want.

For Donald Trump, loyalty to the United States means loyalty to him. If one does not agree with him, then one is unpatriotic. This president doesn't seem to grasp the essence of democracy.  He doesn't realize that blind loyalty is not true patriotism.