It's time for some new fashion trends. Beards and tattoos have become too mainstream 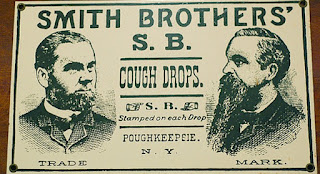 We all know that styles and fashions change with the times, or do they?  For the first 19 years of the 21st century, beards and tattoos have been trendy.  The vast majority of athletes, actors and singers have one or the other or both.  Some athletes and celebrities have taken to growing Smith Brothers or ZZ Top beards (Hello David Letterman and Joe Thornton).  So many hockey players have beards that there is no point in growing them for the playoffs.  They might as well have a playoff shave.

I can understand growing a ZZ Top beard for fun.  Keeping it permanently is another matter - unless you happen to think ZZ Top, the Smith Brothers and Santa Claus are hip and cool and attractive.  I don't.  The reason I mentioned Santa Claus is that long beards age white and grey-haired men by ten years or more.

I'm going against the grain and I know many people disagree with me.  They think that there is no need for a change in style.  That's fine.  Different strokes for different folks, so they say.  I'm also aware that for ZZ Top, the long beards are a gimmick, their way of getting noticed.  I just feel it's time for a change, even though I can't see that change coming anytime soon.  Beards and tattoos are much too popular and the tattoo industry is too lucrative.

I'm not going to suggest a new fashion trend, just some kind of change would be refreshing.  I wonder how people will react to pictures of long-bearded, tattooed celebrities and athletes in a few hundred year?