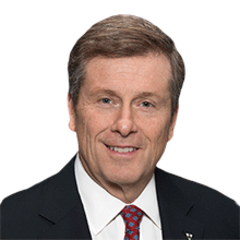 This is the second of a series of open letters to Mayor John Tory regarding the serious issues facing the city of Toronto. until this fall's municipal election.  The election will be held on Monday, October 22, 2018.

In my fist letter to you, I expressed my concern that no high-profile candidate is poised to oppose your re-election to the office of Mayor of Toronto.  I stated that it would not be beneficial for both you and the City of Toronto if you had an easy ride to re-election.  I then listed the three most serious issues facing the city:

1. Homelessness, poverty and addiction
2. The environment, health and cleanliness
3. Transportation

In this second letter to you, I will elaborate on other issues and improvements that are needed.  Let's begin with the task of making Toronto greener and more beautiful.  Let's build a city that is pedestrian friendly.  Urban activist Jane Jacob firmly believed that cities are first and foremost for people.  In "Downtown is for People," her classic 1958 article for Fortune magazine, she wrote, "There is no logic that can be superimposed on the city; people make it, and it is to them, not buildings that we must fit our plans."

* Toronto could use more green spaces, more public squares and more outdoor seating.  One of the attractions of European cities is the abundance of large public squares.  Think of the beautiful piazzas in Italy or Trafalgar Square in London.  All we have is Yonge-Dundas Square, which leaves much to be desired.  Surely it can be improved and beautified.  It is much to stark and tawdry.  It needs more greenery, more seating and some attractive art.  Nobody expect to see statues by Michelangelo or fountains by Bernini in Yonge-Dundas Square, but the place can still be enhanced.  Let's start by giving it a better name.  "Yonge-Dundas" just doesn't have a good ring to it.  It doesn't sound classy.

* Mr. Mayor, I also think that our city needs more public washrooms, especially in subway stations.  The majority of TTC subway stations do not have them.

* For too long, developers have been aloud to run rampant and unchecked in this city.  I want to weep when I see how our view of Lake Ontario has been blocked by numerous highrise condominiums.  It's a pity!

It's also a shame that the venerable Humber Theatre, a historic landmark in Bloor West Village is going to be replaced by (what else?) a condo development.  Toronto is losing another majestic old movie theatres.  Soon there will only be sterile, cookiecutter Cineplexes.

* Toronto should have a planetarium for stargazers and astronomy lovers.  It is regrettable that the McLaughlin Planetarium was forced to close in 1995, due to budget cuts imposed by the newly elected provincial government of Mike Harris.

* Toronto's public libraries are precious.  Their social and educational value should not be underestimated.  They should always be properly funded and appreciated.


If you would like to read my fist letter to John Tory, click on the link below.