Keeping Up With Debby Boone 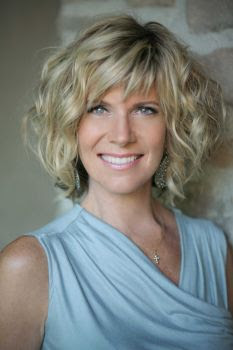 The woman who lit up our lives is 60 years old today.  Deborah Anne "Debby" Boone was born on September 22, 1956 in Hackensack, New Jersey.  Aside from being the third of the four daughters of singer Pat Boone and his wife Shirley.  Debby is best known for her huge 1977 hit, "You Light Up My Life."  At he age of 14, she began touring with parents and her three sisters: Cherry, Lindy and Laury.  The sisters made recordings as the Boones or Boone Girls.  Although they primarily recorded gospel music, they also released singles for the Motown and Curb labels that were covers of secular pop songs.  Debby, who was the lead vocalist on the recordings, eventually branched out on her own.

As the daughter of Pat Boone, Debby had a strict upbringing.  She also has a great musical pedigree because her mother, Shirley, is the daughter of country music star Red Foley.  Due her parents, Debby was surrounded by some of Hollywood's biggest stars, including Frank Sinatra.  In a July, 2013 interview with Nicki Gostin  for Fox News, Debby discussed how Ol' Blue Eyes took her under his wing when she was starting to launch her solo career. She was Sinatra's opening act and she stayed at his Palm Beach compound.  "It was the 1970's, she said.  "He was never grumpy with me.  Getting to stay on the property and getting a touch of the life he lived . . . All the guesthouses were named after his albums. They had little notebooks and match pads engraved with our names on them. We could either order room service to our private guest house or we could eat in a common room with everyone. He treated us all like royalty."

Debby Boone's first solo effort was "You Light Up My Life."  The song was composed by Joe Brooks for a movie of the same name.  Brooks wrote and directed the 1977 film, starring Didi Conn.  Although the late Kvitka "Kasey" Cisyk, performed "You Light Up My Life" for the film's soundtrack, it was 21-year-old Debby's recording that became a monster hit.  The song was  charted number one on the Billboard Hot 100 for ten straight weeks.  It also won Debby a Grammy Award for for Best New Artist,  Remarkably, she has never had another major pop hit. In the 1980s, she focused on country music and Christian music.

Debby has also performed in stage in productions such as Seven Brides for Seven Brothers, Camelot and Meet Me in St. Louis.  In 1990, she starred as Maria in the Lincoln Center's production of The Sound of Music.  In 1996, she played Rizzo in a revival of Grease.  In 2001, she played the role of Anna in the Rqdgers and Hammerstein's The King and I at the Thousand Oaks Civic Arts Center in California.

Debby's television work includes a 1978 TV adaptation of O. Henry's Gift of the Magi in which she co-starred with John Rubinstein.  She also had two of her own NBC musical specials - The Same Old Brand New Me (1980) and One Step Closer (1982).  In 1984 she appeared in a television movie entitled Sins of the Past with co-stars Anthony Geary of General Hospital fame, Barbara Carrera and Kim Cattrall.

In a self-deprecating manner, Debby Boone assessed her career on the Oprah Winfrey Network's Where Are They Now?:

Basically, the truth is I am a one-hit wonder. You know, I have one big hit record. .  I had some country number ones and some contemporary Christian records and that kind of thing.  I've had a career.  But basically I'm known for one recording.  And I think people knew who Debby Boone was.  I was the daughter of Pat Boone and I was, you know, all-American, squeaky clean, you know, me and Marie Osmond . . .

Debby told the Arizona Republic (March 16, 2003), that her career "wasn't the best-managed career in the history of show business."  "I would love to be able to sing a medley of my hits, but I'm not complaining," she said.

On September 1, 1979, Debby Boone married Gabriel Ferrer,  Gabriel, a priest in the Episcopal Church, is the son of singer/actress Rosemary Clooney (1928-2002)  and Oscar-winning Puerto Rican actor Jose Ferrer (1912-1992).  His first cousin is Hollywood star George Clooney.  Debby told Fox News that  she "adores" George and that he "always will be the most charming guy."  She also said that she and Gabriel almost never see him because he is so busy. 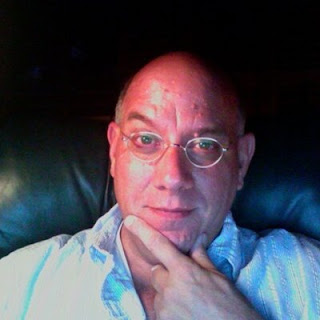 Debby and Gabriel have four adult children: son Jordan (born 1980), twin daughter, Gabrielle and Dustin (born 1983), and daughter Tessa (born 1986).  They have collaborated several children's books such as The Snow Angel and Counting Blessing, with Gabriel providing the illustrations. 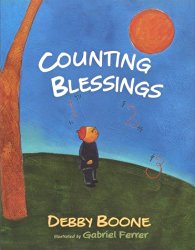 In 2005, Debby Boone released a CD album  album called Reflections of Rosemary.  The album is a tribute to her mother-in-law, Rosemary Clooney, who died on June 29, 2002 at the age of 74.  It is a collection of 16 songs that, according to Debby, paint a musical portrait of the legendary singer.  The songs include Irving Berlin's "Blue Skies," Duke Elligton's "Moon Indigo" and Sammy Cahn and Jule Stynes' "Time After Time," 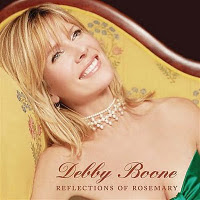 Debby's most recent album is called Swing This.  It is a tribute to Las Vegas during the 1960s "Rat Pack" era.  From May 19th to June 5th of this year, Debby starred as the witch in the musical Into the Woods at the Candlelight Dinner Playhouse in Johnstown, Colorado. 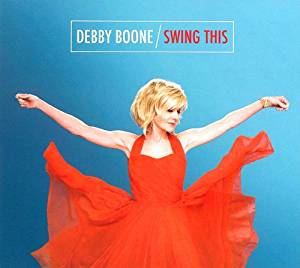 * Of her late father-in-law, actor Jose Ferrer, Debby Boone is quoted in Tom's Colorado Theatre Reviews (April 29, 2016) as saying "“I was always a little shy with my father-in-law, Jose Ferrer, however, as he was so well known and so very intelligent..”

* Unlike her father, Pat, Debby has become a supporter of gay rights.  In April of 2014, she attended the GLAAD Media Awards in Los Angeles with a lesbian couple who attended the church where her husband, Gabriel, was an associate rector. At the event, she stated, "It’s getting to know people -a lot of the gay and lesbian people who I have come to know really well. I just can’t continue to reconcile what I believed with what I know now.  It has really shifted the way I grew up thinking."

* Debby and Gabriel have a grandchild, a granddaughter who was born in 2015.