We will miss you, Jack Layton 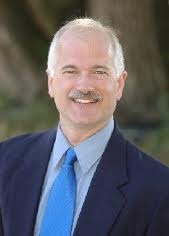 I woke up to the sad news yesterday that Jack Layton had died at the age of 61.  His passing was a great loss to Canada.  Whether one agreed with his politics or not, the man was inspiring.  Even his fiercest political critics had a grudging respect for his sincerity and his dedication.

In the last election campaign, although stricken with prostate cancer and a broken hip, he displayed a feistiness and a determination that earned him much admiration.  Smiling Jack connected with the Canadian people and he seemed more energetic than his healthier adversaries.

Elections campaigns are gruelling, even for the fittest of candidates.  Layton must have been in incredible pain.  Yet he soldiered on, waving his cane, and appeared to gain energy as the campaign progressed.

Jack's campaign style paid dividends.  An orange NDP wave swept through the province of Quebec and the party rode that tide to an unprecedented number of seats throughout the country.  When the votes were counted on May 2, 2011, Layton found himself the Leader of Her Majesty's Loyal Opposition.  He and his party were perfectly positioned to form a future government.

Not long after Jack's greatest political triumph, he was diagnosed with a new and virulent form of cancer.  Canadians were shocked by his gaunt and sickly appearance as he informed them of the devastating news.  The fighting spirit was still there, but the gravity of his illness was quite evident.

Now Jack Layton is gone and we'll never know what he could have accomplished as Opposition Leader.  He had his cake, but he never had the opportunity to eat it.  With Jack's absence, the Canadian political landscape is oddly bereft and littered with question marks.

In 2009, I saw Jack and his wife, Olivia Chow, at a fundraising gala for an organization called Toronto ALPHA (Association for Learning and Preserving the History of World War II in Asia).  Toronto ALPHA was founded by Dr. Joseph Wong and its goal is to promote peace and reconciliation through knowledge of historical truths.

At the gala, Jack and Olivia presided over an auction to raise money for ALPHA.  I was impressed by the duo's enthusiasm and their tenacity as they attempted to auction items to help the cause.  They were utterly determined to get the highest bids possible.  Unfortunately, I did not get the opportunity to speak to either one of them that night.

It's difficult to imagine Olivia without Jack.  They were such a team and they always seemed to be having fun.  They looked so genuinely happy together.

The last months of Jack Layton's life can only be described as a profile in courage. He set an example for all citizens, especially those battling cancer. In his final poignant letter to Canadians, he wrote: "To other Canadians who are on journeys to defeat cancer and to live their lives, I say this: please don't be discouraged that my own journey has not gone as well as I had hoped.  Treatments and therapies have never been better in the face of this disease.  You have every reason to be optimistic, determined, and focused on the future."

Palindrome: A word, phrase, number. verse, or sentence that reads the same backward or forward.

Here is the usual list of ten palindromes for a Tuesday.