A Salute to England and the English on St. George's Day: Tea and Crumpets Anyone?

There’ll always be and England
While there’s a country lane
Whenever there’s a cottage small
Beside a field of grain.


April 23 is a day that belongs to England and to the English. It is the feast of St. George, the dragon slayer, who is the patron saint of England. It is also the birthday of William Shakespeare, England’s greatest writer, who was born in Stratford-upon--Avon in 1564.


I have visited England twice in my life. I’ve been to London, Stratford and Bath and I’ve taken a bus ride through the rolling Cotswolds Hills in west-central England. The Cotswolds are very picturesque and are sometimes referred to as the “Heart of England.” George Harrison of Beatles fame had a home there at Henley-On-Thames. On December 30, 1999, an intruder broke into Harrison`s Oxfordshire mansion and stabbed him and his wife, Olivia. They both survived the attack.


There is a great deal of England that I have not seen. In particular, I would like to see the Yorkshire moors. In the summer of 2000, I spent a rainy afternoon in Bath where I was fascinated to see the Roman spas. I am a Jane Austen fan and Bath is the setting of Northanger Abbey and Persuasion. In those novels, Austen’s characters frequent the Pump Room. I was excited about visiting the Pump Room because it is the social hub in those novels. Austen’s characters go to the Pump Room to be noticed and to meet others.

There is so much I admire about English history, literature and tradition. Nevertheless, there one area in which I think England is deficient. It cannot compete with French and Italian cuisine. It just doesn’t produce the culinary delights of countries such as Italy, France and Greece. England just doesn’t have the climate and it doesn’t have the Mediterranean Sea. Beyond fish and chips, Beef Wellington, English muffins and meat pies, what is there? It’s a matter of culture too. The English don’t have the same attitude toward food as the French and the Italians. Their tastes and their habits are entirely different.

As a tribute to the land of Shakespeare, the Bronte sisters, John Milton, John Lennon and Winston Churchill, Number 16 proudly presents a variety of interesting and provocative quotes about England and the English. 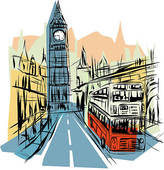 I will not cease from mental fight,
Nor shall my sword sleep in my hand,
Till we have built Jerusalem
In England’s green and pleasant land.


It’s not that the Englishman can’t feel – it is that he is afraid to feel. He has been taught at his public school that feeling is bad form.


This royal throne of kings, this sceptre isle,
This earth of majesty, this seat of Mars
This other Eden, demi-paradise,
This fortress built by Nature for herself
Against infection and the hand of war,
This happy breed of men, this little world,
This precious stone set in the silver sea
Which serves it in the office of a wall,
Or as a moat defensive to a house,
Against the envy of less happier lands,
This blessed plot, this earth, this realm, this England


Englishmen never will be slaves: they are free to do whatever the Government and public opinion allow them to do.


The English are busy; they don’t have time to be polite.


In England there are sixty different religions and only one sauce.


Mad dogs and Englishmen
Go out in the midday sun


Oh, to be in England
Now that April`s there,
And whoever wakes in England
Sees, some morning, unaware.
That the lowest boughs and the brushwood sheaf
Round the elm-tree bole are in tiny leaf,
While the chaffinch sings on the orchard bough
In England – now!! 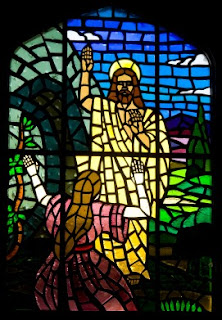 And he said to them, "Do not be amazed; you are looking for Jesus the Nazarene, who has been crucified.  He is risen; He is not here; behold, here is the place where they laid Him."

Tomorrow is Easter Sunday. For Christians it is a day of hope and renewal. To all who celebrate this joyous holiday, Number Sixteen wishes you a Happy and Blessed Easter.