Good News About the Environment from Australia

In the past three weeks, tens of thousands of Australians have had to evacuate their homes after devastating floods struck the eastern part of the country.

Some regions experienced their worst flooding in decades, as torrential rain submerged residential areas, cut power lines and caused reservoirs to swell past the bursting point, resulting in tens of millions of dollars in damage.

But experts say climate change is fuelling an increase in extreme weather across Australia, threatening to make bushfires, floods and droughts more common.

After more than two years of COVID, along with the inhumanity of  Vladimir Putin's war in Ukraine, I relish any good news that I can find.  Today I found some from Down Under,  After nine years of conservative government, the people of Australia have opted for a different approach in the battle against climate change.  Australians want action on climate change and they have made a move in the right direction.  They have experienced enough of blistering heat, bushfires and floods, The temperatures in January, when the Australian Open tennis tournament is held, are almost unbearable.

For too long, Australia has lagged behind on climate change.  For too long, it has been dependent on fossil fuels.  The results have been devastating.  In addition to fires, floods and drought, environmentalists are also concerned about the Great Barrier Reef, one of the seven natural wonders of the world.  The Great Barrier Reef suffered its sixth mass bleaching in March, due to heat stress caused by climate change.  Biologist Neal Cantin of the Australian Institute of Marine Science (AIMS) reported the following: "More than half of the living coral cover that we can see from the air is severely bleached completely white and can have signs of fluorescence in the colours of pink, yellow and blue."

On May 21, 2022, Australian voters delivered a clear message to their leaders.  The environment matters to them and they want stronger action on climate change. That's why the country's Liberal-National coalition government was defeated.  That's why the Green Party, under the leadership of Adam Bandt, recorded its best ever election result.  There was a swing toward candidates who called for emissions cuts far above those promised by the government in power.

Amanda McKenzie, CEO of the research group the Climate Council, stated that "climate action was the winner of the vote  "Millions of Australians have put climate first.   Now it's time for a radical reset on how this great nations of ours acts upon the climate challenge," she remarked.

The prime minister-designate of Australia is Anthony Albanese, 59, leader of the Australian Labor Party.  Albanese is a a prominent advocate of renewable energy and has said that "Australia's ling-term future lies in renewable energy sources." 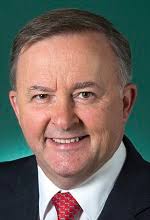