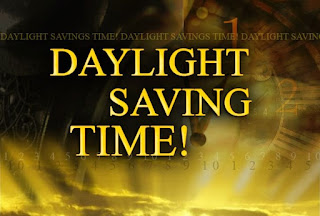 After two years of COVID and a heartbreaking war in Ukraine, I really needed a bit of good news, and I received it two days ago.  It isn't earthshattering and it seems very trivial compared to the pandemic and the plight of the Ukrainian people.  Still, it is something positive as far as I'm concerned.  In fact, it's literally a ray of sunshine.

For a long while, I have been an advocate of year-round daylight saving time.  Well, on Tuesday, March 14, 2022, the United States Senate unanimously passed a bill, called the Sunshine Protection Act, that would establish permanent daylight saving time across the U.S.  The bill has one more hurdle before it becomes law, though.  It has to be approved by the U.S. House of Representatives before President Joe Biden can put his signature on it.   House Speaker, Nancey Pelosi has not yet said whether such a vote will occur.  Still, Tuesday's vote was a remarkable step forward.  When was the last time Democrats and Republicans in the U.S. Senate unanimously approved legislation?  Senator Ed Markey of Massachusetts, a leading proponent of of the daylight saving bill was elated about the results of the vote.

The vote was proof of the strong support that year-long Daylight Saving Time has in the United States.  The momentum is on the side of permanent DST.  That  is welcome news for Canadians who are tired of switching clocks twice a year and who long for an extra out of sunshine.  It has been well documented that the time change is the cause of car accidents and traffic facilities.  More car crashes occur on the days following the change to Daylight Saving Time that at other times.  The loss of an hour's sleep affects people.  Also, the lack of sunlight causes moodiness and depression, known as seasonal affective disorder (SAD).

In 2019, province of British Columbia passed legislation to switch to Daylight Saving Time permanently.  However, B.C. did not set a date because it wishes to align itself with Washington, Oregon and California.  All three West Coast states have passed their own bills to remain on permanent DST.  In response to the U.S. Senate's passing of the daylight saving legislation, B.C. Premier John Horgan said that his province is now "well positioned to do away with the time changes once and for all and move to permanent DST."

In Ontario, where I live, we have to align ourselves with Quebec and the state of New York.  It's a matter of scheduling travel times, television programming and sporting events.   However, I think the writing is on the wall.  It's the right time for permanent Daylight Saving Time.  By the way, on Tuesday, Carlos Paz, a spokesperson for Nancy Pelosi, said, "The bill just passed this afternoon and we are reviewing it closely."  Over to you, Speaker Pelosi, and your colleagues in the U.S. House of Representatives.  Please do the right thing and give us some sunshine during these dark times.  What are you waiting for?