All about the word "hopefully" 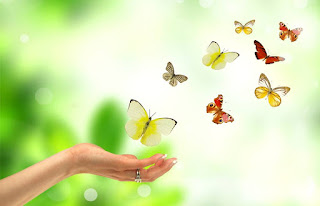 Definition of hopefully (adverb)
1.  : in a way that express desire with an expectation of fulfillment :
in a hopeful manner  // gazed up at us hopefully

Language is fluid.  It is ever-changing, and not always for the better.  The word "hopefully" is an adverb and it originally meant "in a hopeful manner" as in He looked at her hopefully.  In the 1960s, people began using "hopefully" to mean "I hope" or "we hope." If you watch a film from the 1950s or a television show from the early 1960s, you are unlikely to hear anyone say "Hopefully, it should be finished by next year."

It is strange that use of the word "hopefully" has evolved in this way.  Speakers usually prefer shorter  sentences.  "I hope" has  two syllables, while "hopefully" has three syllables.  Yet, English speakers have overwhelmingly chosen to say "Hopefully, the weather will be better tomorrow."rather than "I hope the weather will be better tomorrow."

In a 2012 article for National Public Radio, linguist Geoff Nunberg refers the AP Stylebook's acceptance of  "hopefully" as a floating sentence adverb.  He writes: "There was something anticlimatic to the news that the AP Stylebook will no longer be objecting to the use of "hopefully" as a floating sentence adverb, as in, 'Hopefully, the Giants will win the division.'  It was like seeing an obituary for someone who must have died around the time Hootenanny went off the air."

Nunberg points out that "I hope that" and "hopefully" do not have precisely the same meaning.  "I hope that" expresses a desire, while "hopefully" makes a hopeful prediction.  For example, you may say "I hope that my team wins the championship.for seven years in a row."  It may me be unlikely but you want it to happen.  If you say "Hopefully, my team will win the championship for the next seven years, you are suggesting that it may actually happen.  The nuances are important.

Although I am not thrilled about the current usage of "hopefully," I think that  McGinley and Williams were on the wrong side of history.  "Hopefully" as a floating sentence adverb has been accepted by the general populace and there is no turning back.  The writing has been on the wall for decades now.

I recently saw the film Harriet, about the life of American abolitionist Harriet Tubman, who led hundreds of slaves to freedom via "The Underground Railroad."  I smiled to myself when the word "hopefully" was used to mean "I hope" in the dialogue of the movie .  After all, the film takes place in the 19th century, when no one would have spoken in that manner.

The current usage of the word "hopefully" is definitely here to stay.  I grudgingly accept the fact that it is not going away.   What annoys me is that it has become ubiquitous.  It has become a filler like "basically" and "literally."  The word is used so often that it seems to have been devalued.  I'm also dismayed that the original meaning of the word will eventually be lost forever.  If that makes me a language snob, so be it!  I have accepted the current usage of "hopefully," but I don't have to like it.  Yes, it bothers me, but it is not earth shattering.


POEM OF THE DAY


"Hope" is the thing with feathers -

I've heard it in the chilliest land -
And on the strangest Sea -
Yet - never - in Extremity
It asked a crumb of me. 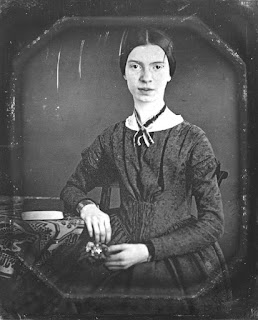