Jean Kennedy Smith at 90: The last of a generation


It is hard for me to fully comprehend that I was growing up with brothers who eventually occupy the highest offices of our nation, including president of the United States.  At the time, they were simply my playmates,.  They were the source of my amusement and the objects of my admiration.

- Jean Kennedy Smith
From her memoir, The Nine of Us

Jean Kennedy Smith is the last surviving child of Rose and Joe Kennedy.  Rose Elizabeth Fitzgerald and Joseph Patrick Kennedy married on October 7, 1914.  Jean is the eighth of their nine children and is known for her diplomatic career and her philanthropy on behalf of the disabled.

Joseph P. Kennedy Jr., born July 25, 1915, was the eldest of the Kennedy children.  Joe Jr. died at the on August 12, 1944, while serving as a World War II land-based patrol bomber pilot.  He was killed when his plane exploded over the English Channel during a top secret bombing mission. His body was never found.  He was 29 at the time of his death. 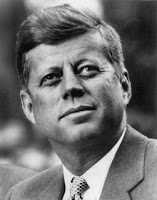 Rose Marie "Rosemary" Kennedy, born September 13, 1918, was the third child and eldest daughter.  She had mental disabilities and behavioural problems.  When she was 23, Rosemary's father arranged for her to have a frontal lobotomy.  It left her incapacitated and she spent the rest of her life in an institution.  She died on January 7, 2005 at the age of 86.

Kathleen Agnes "Kick" Kennedy, born February 20, 1920, was the fourth child and second daughter.  While her father was U.S. Ambassador to the U.K., Kathleen met English politician William Cavendish, Marquess of Hartington (known informally as Billy Harting).  They married on May 6, 1944.  Hartington died in combat in Belgium on September 9, 1944..  Kathleen was killed in a plane crash while flying to the French Riviera on May 13, 1948.  She was 28. 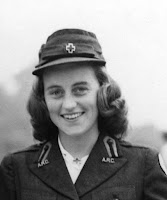 Eunice Mary Kennedy Shriver, born July 10, 1921, was the fifth child. In 1953, she married Sargent Shriver, the U.S. Ambassador to France during the administration of Lyndon Johnson.  Eunice was a pioneer for the rights of people with intellectual disabilities. In 1962, she founded Camp Shriver on her farm in Maryland.  It evolved into the Special Olympics in 1968.  She died on August 11, 2009 at the age of 88, just two weeks before Ted's passing. 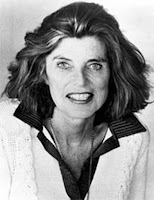 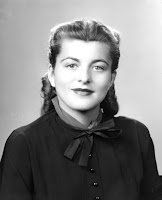 Robert Francis "Bobby" Kennedy, the seventh child, was born on November 20, 1925.  In June of 1968, Senator Kennedy was assassinated in Los Angeles after winning the Democratic primary there.  He was 42 at the time of his death. 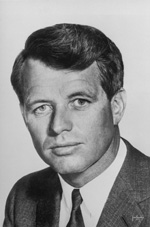 Jean is the only one of the nine Kennedy siblings to have reached the age of 90.  She was born Jean Ann Kennedy in Boston, Massachusetts on February 20, 1928 (She shares the same birthday with her elder sister Katleen, although they were born eight years apart).  Jean was educated at Manhattanville College (then a Sacred Heart school) in Purchase, New York.  It was there that she became friends with Ethel Skakel, who married her brother Bobby.in 1950, and Joan Bennett, who married Ted in 1958.

Jean became heavily involved in her brother Jack's political career.  She worked tirelessly in JFK's 1948 Congressional campaign, his 1952 Senate campaign and his 1960 presidential campaign.  She also supported Bobby's career.  In 1968, she was at the Ambassador Hotel in Los Angeles when he was assassinated.

On May 19, 1956, Jean married Stephen Edward Smith.  The marriage took place in a small chapel of St. Patrick's Cathedral in New York City.  In a 2017 interview with Dotson Rader for Parade magazine, Jean stated that she met her husband in New York City.  He was a student at Georgetown University in Washington, D.C., but he had a home in Brooklyn.  When asked if it was love at first sight, Jean replied, "It was on my part.  It was maybe slower on his.  He was very attractive and fun.  He got along with my brothers, so we had a great time."


In 1960, Stephen Smith became the political strategist and finance chairman for the successful presidential campaign of his brother-in-law, John F. Kennedy.  He was also Robert Kennedy's campaign manager during his 1968 presidential run.


In 1974, Jean founded Very Special Arts (now known as VISA), an international organization on arts and disabilities.  VISA is a non-profit organization with the purpose of advocating for the participation for the disabled in the arts.  It is affiliated with the John F. Kennedy Center for the Performing, which is headquartered in Washington, D.C.  Jean has travel worldwide in support of VISA.

In 1993, U.S. President Bill Clinton appointed Jean as the United States Ambassador to the Republic of Ireland.  She held that post during the historic process in Northern Ireland, known as the Good Friday Agreement.  In 1994, Jean advocated for granting of a United States visa to Sinn Fein President Gerry Adams.  She was criticized for this, although the Kennedy family claimed this influenced the IRA's decision to declare a ceasefire.  Ted Kennedy wrote in this memoir, True Compass, that "Jean was convinced that Adams no longer believed that continuing the armed struggle was the way to achieve the IRA's objective of a united Ireland."

In September of 1998, seven months after the Good Friday Agreement, Jean retired as U.S. Ambassador to Ireland.

* In 1991, Jean's son, William Kennedy Smith, became the defendant in a well-publicized rape trial.  He was charged with sexual assault and his accuser was Patricia Bowman, a woman he met while at a bar in Palm Beach, Florida with his uncle, Senator Ted Kennedy and his cousin Patrick J. Kennedy.  Smith was acquitted of all charges.

* In 1998, Irish President Mary McAleese conferred honorary citizenship to Jean in recognition for her service to the Republic of Ireland.

* On February 15, 2011, Jean received the Presidential Medal of Freedom, America's highest civilian honour, from President Barack Obama.for her work with VISA and the disabled.

*  In October of 2016, Jean Kennedy Smith published a memoir about her life as a member of the Kennedy family.  It is titled The Nine of Us: Growing Up Kennedy 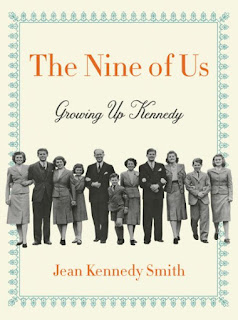 * Jean Kennedy Smith lives in a stylish duplex on Manhattan's East Side.