For centuries, philosophers and scribes have explored the concept of an ideal society, Deep thinkers from Plato, Aristotle and Cicero to Saint Augustine and Karl Marx have put forth their perceptions of a perfect community or "utopia."  Descriptions of ideal societies go as far back to the biblical Garden of Eden, depicted in the Book of Genesis, chapters 2 and 3. Adam and Eve lived the perfect life until they ate of the forbidden fruit.  Corruption entered the world and they lost their paradise.

Around 380 B.C., the Greek philosopher Plato published his Republic, which contained a proposal for a utopian society.  In Plato's Republic, citizens were divided into "golden," "silver." and "bronze" socioeconomic classes.  The golden citizens were placed in stringent 50-year educational program and trained to be benign oligarchs or "philosopher kings."  "The "philosopher kings" rulers would be intelligent, erudite, wise and willing to live a simple life. 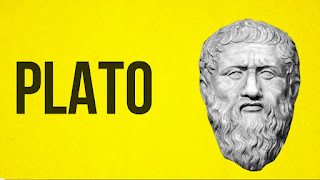 The Roman politician, lawyer and philosopher, Cicero (106 B.C.-43 B,C.), envisioned an ideal society as having a mixed constitution and involved citizenship.  In the The City of God, which was written n the 5th century A.D., Saint Augustine of Hippo wrote of an eternal Jerusalem, which is the city of heaven.  For Karl Marx (1818-1883), co-author of The Communist Manifesto, the ideal society is one in which individuals are freed from what he regards as the chains of capitalism.

The word "utopia" is derived from a Greek term that literally means  "nowhere." It is an imaginary place where government, laws and other conditions are perfect.  It was coined by Sir Thomas More for his book Utopia, published in 1516 in Latin.  More (1478 - 1535) was an English lawyer, author, philosopher, statesman and Renaissance humanist.  He was a councillor to King Henry VIII and Lord Chancellor of England from 1529 to 1532.  The Roman Catholic Church has venerated him as a saint.

On July 6, 1535, Thomas More was executed for treason because he refused to recognize Henry as Supreme Head of the Church of England.  In More's classic work, "Utopia" is the name of an island paradise with a perfect social and political system.

Below is the title woodcut for Utopia. 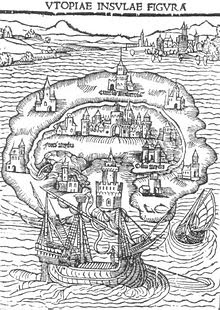 The English novelist James Hilton (1900-1954) was the author of Lost Horizon, a story about a utopia called "Shangri-La."  In his best-selling novel, Hilton describes Shangi;La as a mystical, earthly paradise in the Kunlun Mountains of Asia.  Hilton's 1933 novel was turned into a momentous 1937 film, directed by Frank Capra and starring Ronald Colman and Jane Wyatt. 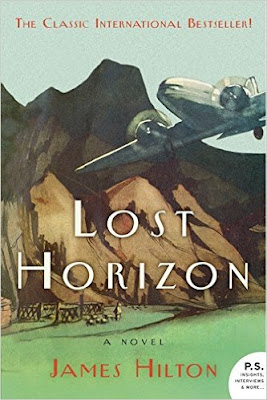 All of this brings us to former Beatle John Lennon's 1971 hit song Imagine.  Here are the provocative and thought-provoking lyrics to Lennon's composition:


Imagine there's no heaven
It's easy if you try
No hell below us
Above us only sky
Imagine all the people
Living for today... Aha-ah...

Imagine there's no countries
It isn't hard to do
Nothing to kill or die for
And no religion, too

Imagine all the people
Living life in peace... You...

Imagine no possessions
I wonder if you can
No need for greed or hunger
A brotherhood of man
Imagine all the people
Sharing all the world... You...


In "Imagine," John Lennon (1940-1980) envisions a perfect world.  He imagines a society where everyone lives in peace and "brotherhood of man."  It is a society without borders, possessions and religion, all of which Lennon considers divisive.  His vision of "utopia" is strictly secular, with "all the people living for today."  Lennon sings of an impossibly idealistic society with "no need for greed or hunger" because everything is shared.  He knows he will be called a "dreamer," but it doesn't matter to him.

It is clear that the aforementioned concepts of a perfect earthly societies are purely fictional. They are theoretical, but not practical.  Perfect societies cannot exist as long as human beings are imperfect and fallible.  Even the term "utopia' means "no place." This does not mean that humanity should not strive for social justice and peace.  These are goals of the highest order. However, absolute perfection will never be achieved in an imperfect world and it will never be achieved in a material world. There is no earthly paradise because a perfect world has to have a spiritual dimension.  For Christians, it is "the kingdom of heaven."  For Buddhists, it is "nirvana."

Belief in a spiritual dimension or afterlife, certainly does not absolve humans from trying to alleviate poverty and social injustice in this world.  To use the promise of the next world 'to "keep the poor in their place" is unconscionable and immoral.  To use religion as a cover for violence, intolerance and terrorism is utterly reprehensible.  John Lennon may not have realized it, but his dreams can be compatible with those of religion. 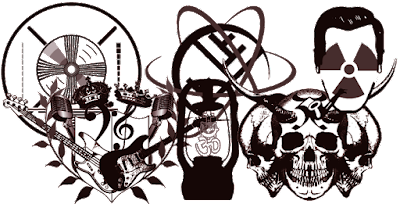 Writers and philosophers have also conjured up nightmare scenarios, known as "dystopias," where everything is unpleasant or bad.  The word "dystopia" was apparently coined by John Stuart Mill in 1868.  It comes from the Greek "dys" meaning "bad,"abnormal, difficult" plus "utopia," - an imaginary bad place.  Dystopian states are usually post-nuclear, totalitarian or environmentally degraded.  In his 1949 novel 1984, British author George Orwell offers a bone-chilling portrait of a totalitarian society controlled by "Big Brother."  In 1953, the great American science fiction writer Ray Bradbury (1920-2012) published his acclaimed dystopian novel Fahrenheit 451.  Bradbury's novel presents a future American society in which books are banned and "firemen" burn any that they find. Canadian Margaret Atwood is the author of well-known 1985 dystopian novel, The Hand Maid's Tale, about a future totalitarian theocracy. 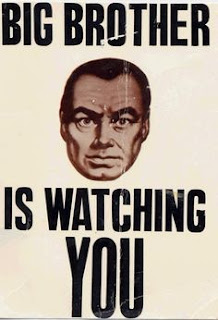 More recently, Suzanne's Collins' popular The Hunger Games was released in 2008.  The Hunger Games is set in a dystopian country called Panem. Panem is comprised of the prosperous Capitol and 12 districts in various levels of poverty.  Each year, children from the districts are chosen to take part in a televised death match known as "The Hunger Games."